Round up. Automotive industry in Morocco prepares for electrification – Medias24 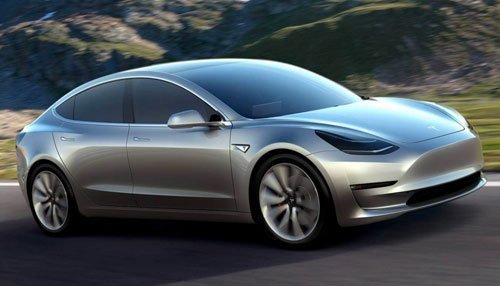 With the Gigafactory project for the production of batteries for electric cars, announced by Ryad Mezzour in Marrakech on July 21, Morocco has a The relentless transformation of the global automotive industry towards electricity.

The Minister of Industry and Trade has repeatedly stated that he would like to see Morocco quickly integrated into the country’s periphery, which is limited to producing electric cars. In fact, it has already done so with production at the Stellantis factory in Kenitra; Citroën Ami and Opel Rocks-e models. Attempts are multiplying to provide Morocco with the necessary conditions to win this bet.

An announced success in the electric battery industry?

“The next logical step in developing our automotive industrial platform is to install the battery, as there is a complete conversion to the electric ‘Horizon 2035’ as our main market (European Union) is making important announcements in terms of mobility transition,” Ryad said. Mezzour at the microphone of Médias24 on the sidelines of the US-Africa Business Summit.

It also announced talks were open with four to five operatorsbefore the end of the year, it could lead to the installation of a Gigafactory battery in Morocco that will serve the factories of the Kingdom and neighboring countries.

On the occasion of the agreement signed between the group on June 2 Renault and Managem, Ryad Mezzour, have already argued that a process is underway to develop the electric battery segment.

According to this agreement, the Moroccan mining group gave the French producer cobalt used in the manufacture of electric batteries. Although not publicly announced, everything indicated that this battery factory would be located in Morocco.This is the first time since Mohamed Bachiri, director of Renault Morocco, announced that the integration level will include raw materials extracted from Moroccan soil.

In the effect, Morocco is a producer of cobalt, nickel and phosphate, minerals that go into the manufacture of the electric battery. However, it will need to procure materials from abroad for lithium.

And that’s without factoring in speculation about the potential of Mount Tropic or possible lithium discoveries in southern Morocco. On the other hand, the Kingdom has very good relations with the Democratic Republic of the Congo and Chile, which have about 50% of the world’s cobalt and lithium reserves, respectively.

The electric battery industry already has a significant local market, as Morocco already has a well-established automotive industry and large renewable power generation stations (which need next-generation batteries for storage). If we add their raw material capacities, Morocco has a chance to enter this industry of the future.

A breakthrough in the strategic segment of semiconductors

Apart from batteries, another strategic segment in the automotive industry relates to electronic chips or semiconductors. With advances in safety systems, autonomous driving, and the Internet of Things (IOT), automobiles real computers on wheels.

A Tesla can hold up to 3,000 chips face to face for a classic car. With the electrification and automation of automobiles, the industry’s semiconductor demand will triple by 2028.

After the sudden and significant recovery in the world economy after the Covid crisis, the automotive sector was most affected by the semiconductor shortage; The current offering is primarily sold in the electronics market, especially smartphones that offer higher margins.

But in this complex context, Morocco was able to make a major breakthrough in this high-tech industry thanks to one of the main players in the market. ST Microelectronics. The factory of the Franco-Italian multinational company in Bouskoura was prepared to house the new technologies that allowed it to produce, by investing $250 million. latest generation chips.

The factory, which supplies the American giant Tesla, has hired about 700 people since 2021. It currently employs around 3,300 people and plans major developments, according to its managing director, Fabrice Gomez.

“The future of this factory lies in the growth of electric cars with many jobs and huge investments in the coming years,” he said on the occasion of the opening of the new production line. “Bouskoura is one of the group’s main centers for electric cars, to serve European customers in the very near future. »

Morocco can be proud to be Among the few countries that host semiconductor manufacturing for electric carsin the context of a global famine threatening the entire industry.

The world is on a forced march to electricity

Today, it represents Tesla, the famous American manufacturer of electric cars that revolutionized the market. by far the largest market valuation among automobile manufacturers. The fact that the speculation effect was not negligible nevertheless indicates that financial markets believe the future of the sector is in electricity.

If Morocco wants to demand such a high integration rate in the electric car, it will have to manufacture the batteries; because they can represent at least 30% of the value of an electric vehicleeven if their prices are constantly falling thanks to the development of technology.

According to official figures, Europe represents about 80% of Moroccan automobile exports. However, on 8 June, the European Union Parliament adopted a text. Bans the sale of new thermal cars in Europe from 2035. Intermediate automotive emission reduction targets are set at -15% by 2025 and -55% by 2030.

If Morocco wants to maintain its market share at the main market level, it needs to transform. Especially since most European countries offer incentives in the form of subsidies and bonuses to buy electric cars. In France, which is the champion in this field, their sum reaches 11,000 Euros.

Rachid Yazami: Here are the conditions for the success of the lithium battery production project in Morocco

Lorena Roldán is appointed spokesperson for the PP in Catalonia

The punishment given to Cristiano Ronaldo by the police was known for destroying an autistic boy’s cell phone.