Commodities: in the form of nickel balls, gold and candy 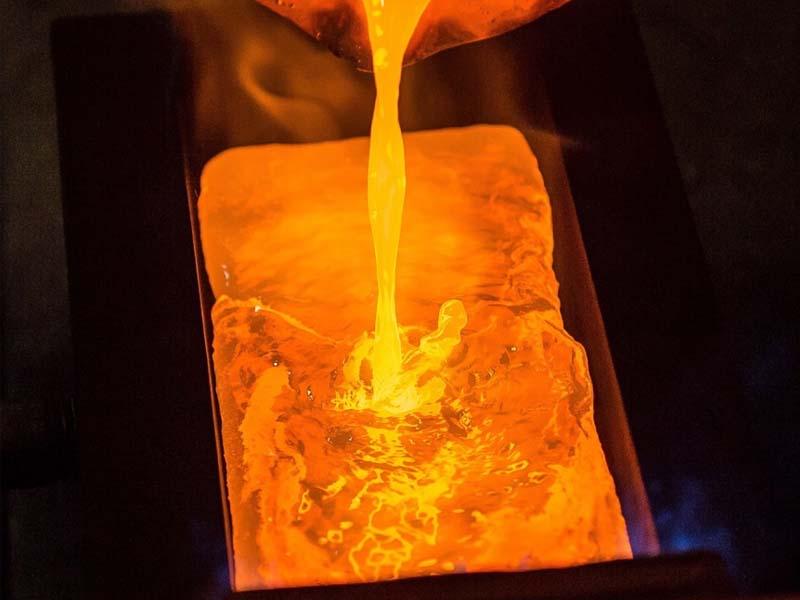 “Nickel finally trades and stays open because it finally finds a level…” Marex broker, Al Munro, underlines, adding that it still develops in a mixed manner “in a disastrous liquidity context.”

“Nickel has clearly become the face of this insane volatility,” he continues, as the price of “devil metal” jumped 15% to its cap for the second day in a row on Thursday.

With more than a week of blackout in nickel trading since the frenzied rise in prices to more than $100,000 per tonne on March 8 – since trading was canceled by the LME – the London Metal Exchange is trying to contain the metal’s volatility.

The London Metal Exchange has imposed price action limits that are initially plus or minus 5% and gradually increase to 15%.

Investors were fleeing the market, causing nickel prices to drop to the lower limit within seconds of each opening.

Seven days ago, trading was stopped directly at a price of $31,380 per tonne, then the lower limit set by the LME.

The price of gold rose throughout the week amid the uncertainty surrounding the markets with the Russian invasion of Ukraine and pushing investors to the safe haven.

“The yellow metal will continue to be supported given high inflation and overwhelming uncertainty. But that doesn’t necessarily mean we’re headed for the highest historical peaks of 5% higher,” summarizes Oanda analyst Craig Erlam.

Sugar prices climbed throughout the week, even reaching a six-year high (QW1 will be controlled) in London amid limited supply in Brazil and strong demand in Russia.

“Once again, these markets are being affected by the price of oil,” says Jack Scoville, an analyst at Price Group.

As a result, farmers in Brazil, the world’s largest cane producer, prefer to convert their harvests to ethanol to take advantage of the high energy cost, reducing the amount of sugar available in the market.

Images of the struggle for sugar in supermarkets are circulating on social networks, and Russians have been flocking to some foodstuffs in recent days for fear of ending.

Some of the population traumatized by the famine of the 1990s are trying to stockpile this widely used product to preserve certain foods.

In New York, a pound of raw sugar for next May delivery was worth 19.63 cents versus 18.93 cents seven days ago.