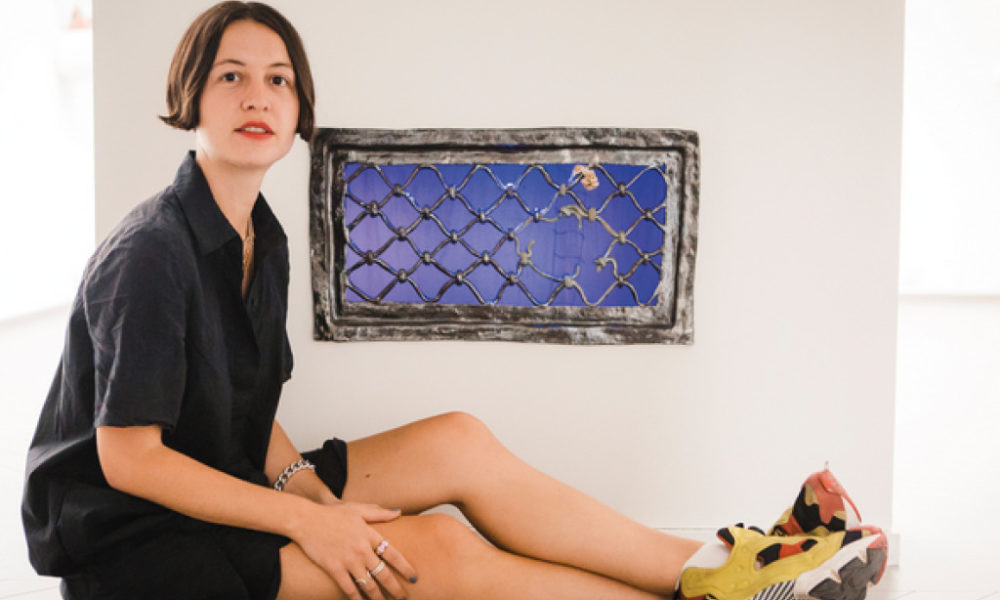 Joël Dicker publishes his new novel on March 3. Alaska Sanders case Published by Rosie & Wolfe. An opportunity for Joël Dicker to tell Radio Lac about his concern for the release of this new thriller, as well as his new adventure as a broadcaster.

Joël Dicker publishes his new novel on March 3 in Switzerland Alaska Sanders case, Published by Rosie & Wolfe. A novel in which the reader can find his hero. The Truth About the Harry Quebert IncidentMarcus Goldman, who must restart the investigation into the murder of a young woman in a small New Hampshire town eleven years ago.

A trip synonymous with anxiety for Joël Dicker:

“I always have stage fright when a book comes out because you don’t know if the readers will like it (…) And that’s stage fright, because I lived alone with this book for two years and that, As soon as I missed this book, I can’t do anything! It’s hard”.

Alaska Sanders case, a novel that is part of a trilogy

This book also marks the return of Marcus Goldman’s adventures after parenthesis. The mystery of room 622:

“When I wrote this first book, my dream was to get to the end of the Harry Quebert trilogy. I didn’t have a published book at the time. My previous five novels had been rejected by all the editors, and I said: myself The Truth About the Harry Quebert Incident no one would read it, it wasn’t that serious, and I had made up my mind to make a trilogy. This incredible success (…) made me a little bit sad. I said to myself “I can’t do volume 2” and did volume 3 directly, Baltimore Book, published in 2015, followed by two more novels. And finally, I wanted to try this trilogy. I started this book by saying to myself “I’ll see” (…) I was immediately very excited to find all these characters. One of my limits was not to get dirty with TV series footage and it didn’t. I said to myself: “This is a good sign, I’m going for it!”.

A novel that gets the keys to previous successes

Alaska Sanders case Helped by cop Perry Gahalowood, hero Marcus Goldman tackles the keys to previous success with a murder to solve, and incessant flashbacks between investigation and drama. Joël Dicker refutes, based on his achievements:

“I keep creating this character. I find it very difficult for an author to describe a character artificially (…) It takes time for the reader to meet him (…)! And then there, in a book, the only way to really get there is these round trips in time. If this character is acting this way today, it’s because it’s happened before in the past (…) But I’m not afraid of ” Losing the reader, because we make these round trips ourselves in life.

This book, like its predecessors, consists of more than 500 pages:

“I hope one day I can manage to be more concise. I would love to write a short story or a very short novel where everything is said in 150 pages. I am not capable of that yet. He likes to tell long stories, has many characters, has a universe where I settle in, take time out.” I like to be (…) I don’t have time, we are always in synthesis and efficiency”.

movie soundtrack Alaska Sanders case? “I listened to Swan Lake a lot while writing this book! I recommend listening while you read it!”

A new adventure in publishing

The great novelty of this novel comes not only from the story but also from the publisher. After starting at Éditions de Fallois, Joël Dicker founded his own publishing house, Rosie & Wolfe:

“A double adventure because Fallois was out of print on December 31. Bernard de Fallois, who passed away in 2018, wished that the publishing house would not survive. We published two more books after his death, but I knew I had to change my path. The most logical step was to set up my own publishing house. was to set it up in Geneva because that’s where I live!”

When will the next novel take place in Switzerland?

“I hope soon! I’m so happy to see it (in my previous novel) The riddle of room 622 that I can tell a fictional novel in my own reality; my real Geneva, Switzerland! It’s not always easy (…) it took a lot of effort. But now that I see I can do it, I’m sure the next book will be out in Geneva!”

Joël Dicker will begin a tour of the bookstores to meet his readers. This tour starts on Friday, March 4th in Geneva at the Atmosphere bookstore

As a result of poisoning, he now has blue skin

The Shiba Inu is ready to bounce back in the days to come!