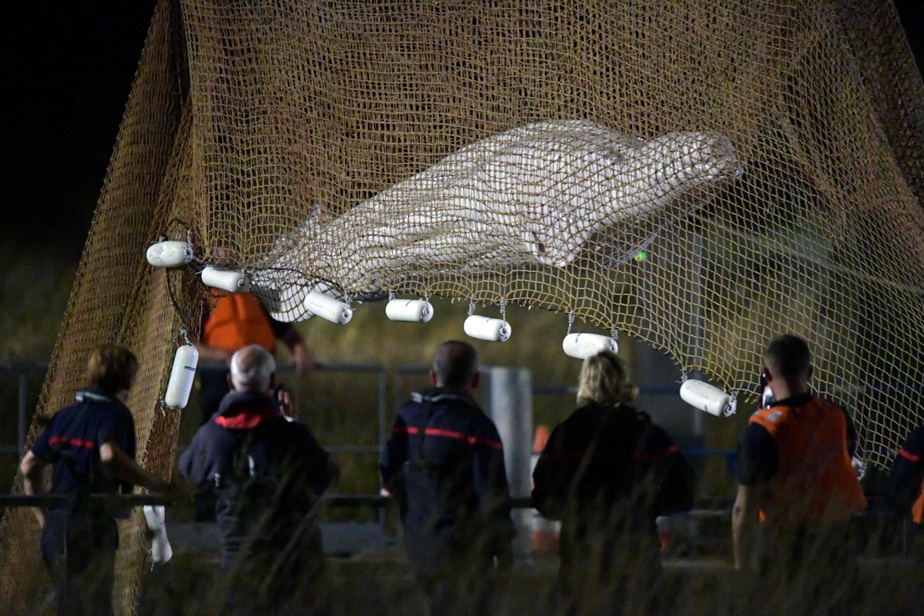 (Rennes) A ​​beluga, who disappeared in a river in northwest France for more than a week in an alarming state of health, has died while being taken to a lock where it will be treated, authorities said on Wednesday.

“Despite an unprecedented beluga rescue operation, we are sorry to announce the death of the marine mammal,” the province of Calvados said on its Twitter account, adding that it was euthanized.

He died en route before arriving in the town of Ouistreham, where he would be examined by veterinarians before a possible transfer, the governor’s office said in a press release. It then had to be locked up for a few days before being released into the open sea, if its situation allowed it.

However, “despite the technical and logistical means employed, the condition of the marine mammal unfortunately deteriorated during the voyage,” added the governor’s office. “The veterinary expertise has revealed the beluga’s condition of great weakness and failing respiratory activity. Therefore, it was decided, together with the veterinarians, to euthanize him”.

Emergency room veterinarian Florence Ollivet-Courtois wrote on Twitter, “During the trip, the vets noticed a deterioration. […]”respiratory activities” of the four-meter-long cetacean, which weighs about 800 kilograms.

“We were able to see that the animal was anoxic (reduction in oxygen, editor’s note), so it was poorly ventilated and therefore the pain was obvious to this animal,” he continued.

“We decided it was inappropriate to release him and therefore his euthanasia should be continued,” he added.

“We are announcing that the Beluga has not survived the risky, but necessary, displacement necessary to give an otherwise doomed animal a chance. After his condition deteriorated, veterinarians decided to euthanize him”, can we read on the same social network?

Spotted more than a week ago in the Seine, about 130 kilometers from the mouth of the river, in the Channel, the presence of the marine mammal caused great excitement even beyond the French borders when it thrived in generally cold waters. trying to save it with the influx of donations from foundations, associations and individuals.

In May, an orca found itself in trouble on the Seine. Operations to save the cetacean were unsuccessful, and the animal eventually starved to death.

According to the Pelagis observatory specializing in marine mammals, the beluga “has an arctic and subarctic distribution. The best-known population is St. Lawrence Estuary (Quebec), the closest to our shores is in Svalbard, an archipelago in northern Norway, 3000 kilometers from the Seine.

According to the same source, this is the second known beluga in France after a fisherman from the Loire Estuary, the great river in the center of the country, brought one into their nets in 1948.