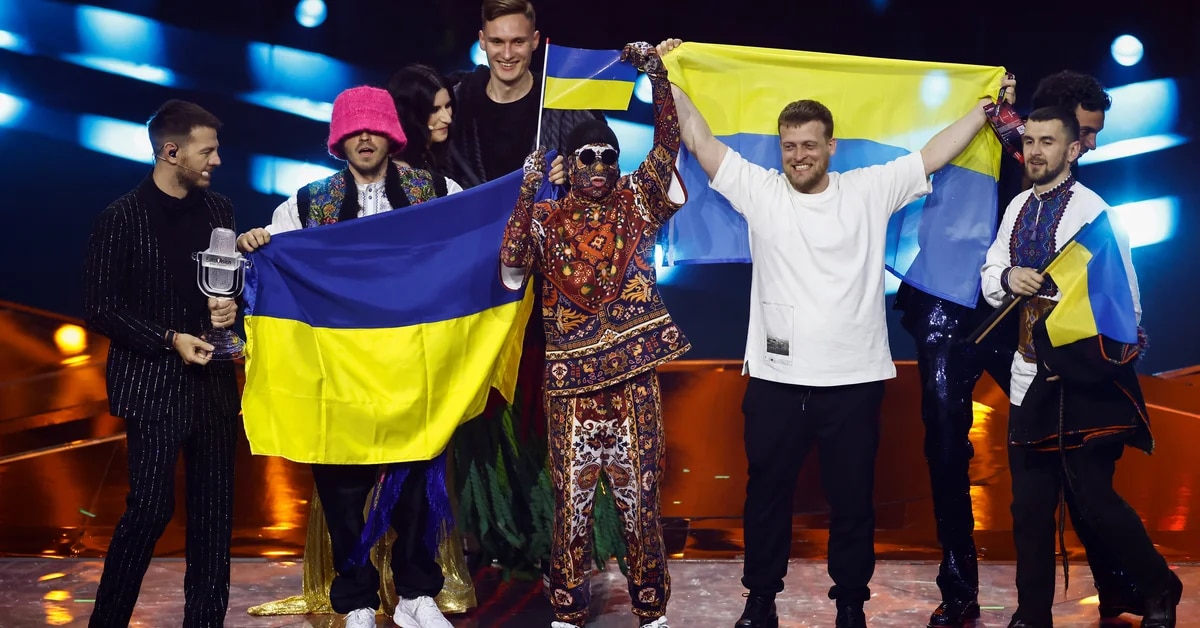 In the midst of the Russian occupation, Ukrainian band Kalush Orchestra and their song “Stefania” surpassed the United Kingdom in second place and Spain in third place in the popular music competition.

In the middle of the Russian occupation, the Ukrainian gang The Kalush Orchestra and its song “Stefania” won a significant victory this Saturday not only musically, but also morally and medially. He sings to his homeland, taking the glass microphone of Eurovision 2022.

At a gala held at the Olympic Palace in Turin (Italy), his candidacy outweighed those of the United Kingdom, runner-up and Spain, third, with Chanel and the “SloMo” theme, it achieved its best position since 1984.

Immediately after his performance, The Kalush Orchestra countries called for “help” for the soldiers who set up barricades in the city of Mariupol and the Azovstal steelworks. a message that although the organization has not yet decided on the results, it is prohibited in principle in the festival rules due to its political nature.

about Ukraine has won Eurovision for the third time since its 2003 debut. Only a year later, thanks to Ruslana and the “Wild Dances”, he triumphed for the first time, and again in 2016, with “1944”, which violated the Russian government, saving the historical episode of the deportation of the Jamala and Tatar minorities from Crimea. .

Stirring winning song Rap with elements of Ukrainian folk music was originally written in honor of the mothers of the group. Later, the group rededicated it to all matriarchs of Ukraine, as lines like the following “Even if all roads are destroyed, I will always find my way home” They found a new resonance after the Russian invasion.

The six men who made up the group had to obtain special permits to leave Ukraine during the war and travel to Italy.

Twenty-five of the 40 countries that initially entered the competition made it to this grand finale. A clear allusion to the Russian occupation of the city, starting from Piazza San Carlo with the music of John Lennon’s “Give Peace a Chance”.

At this time, it was also possible to enjoy a number of hit songs. Laura Pausini and Mika Hosted with Alessandro Cattelan and also two former Italian festival champions, Maneskin band, winner of 2021 and Gigliola Cinquetti, who sang “Non Ho L’Età” as in 1974.

With information from AFP, EFE

Brazil – Death toll in Petropolis landslide rises to 176, including 29 children

USA: jobless claims at their lowest since September 1969