Interview with Chloé Lalanne, co-general and artistic director of the “Marionnettissimo” puppet festival 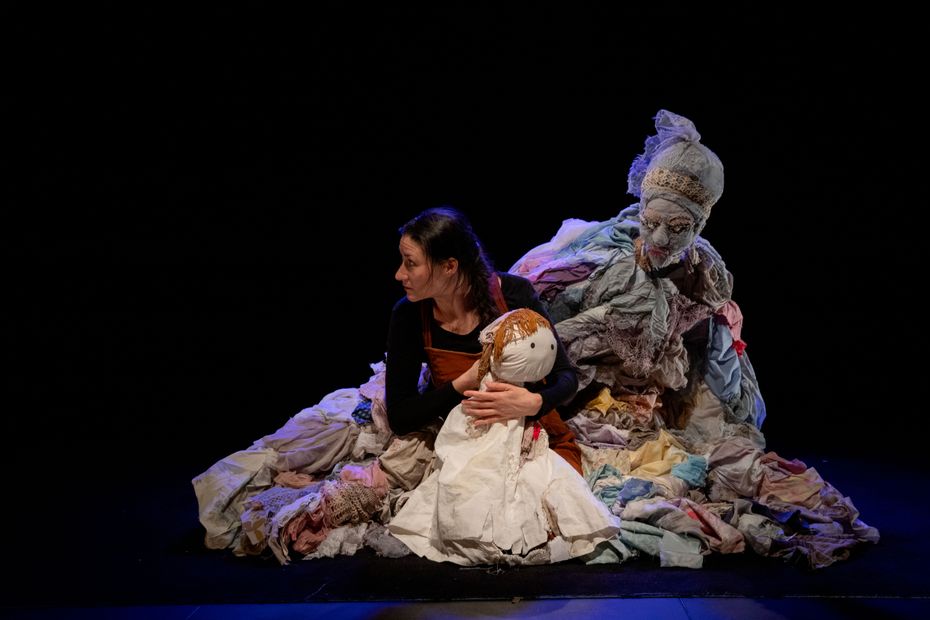 This Tuesday, November 16, Marionnettissimo opens the doors of its 24th edition. In Tournefeuille and Occitanie, the event offers original puppet shows created by regional, national and international companies. Interview with Chloé Lalanne, co-director of the festival.

[Partenariat] A few days a year, the puppet reigns over Tournefeuille! And that does not date from yesterday … The Marionnettissimo association was created in 1990 by a team of enthusiasts who are fighting to bring to life this discipline still little known and suffering from a childish and a little old-fashioned image. Although the festival is the association’s most visible event, the structure brings the puppet to life all year round with a program of shows in season, courses and workshops as well as professional training.

This year, 26 companies, including 5 international ones from Germany, Quebec, Portugal and Belgium, and more than 90 performances await you in Tournefeuille and throughout Occitania. until november 21. A rich and cosmopolitan program developed by a female team of seven women whose average age is only 29! Chloé Lalanne, co-general and artistic director of the festival, is one of them. She talks to us:

A word about the festival’s programming? How do you build it?

C.L. : This year, it’s an increased edition because we wanted to re-schedule companies that suffered the festival’s cancellation in 2020.

There are shows for all audiences, ranging from young children from the age of 1, to shows only for adults. The sizes of the shows are also varied, some for large theaters, others for very small stages, others outdoors or in places not dedicated to the show, free shows, festive events, puppet-making workshops, professional meetings …

The programming is done on the spot, the team sees shows all year round and chooses what it wants to show its audience without constraint of theme, trying to show the diversity of contemporary puppet theater.

What is the “Marathon Marionnette”?

C.L. : It’s an afternoon and an evening, Saturday, November 20 in Tournefeuille, where 7 short shows, between 15 and 30 minutes, play in different places in the city, several times each. It is possible to see all 7 shows! The public can freely create their route of 3, 5, 7 shows and decide if they want to do a real marathon or a quieter afternoon with breaks between shows.

What is the show that excites you the most in the 2021 program? And why ?

C.L. : I am very excited to receive Ilka Schonbein, considered today as the greatest puppeteer in the world. She will perform a unique performance of her new show at Tournefeuille on Friday 19 November. Ilka has not been to the festival for more than 10 years, it is a real event for enthusiasts to find her.

What appeals to you about the art of puppetry compared to other arts? What do you think is special about the puppet?

C.L. : The puppet has enormous evocative power. She can express, even without words, unspeakable, indescribable things … She can do what actors alone cannot do: she can change scale, she can fly, have a hybrid body, die then resuscitate, take all the forms… It allows, especially in countries where speech is not free, to say or do things that would be prohibited for single actors.

It is not only an artistic but a political medium, remember the Guignols de l’Info…

Chloé Lalanne, co-general and artistic director of the Marionnettissimo festival

It is a formidable tool that artists from other artistic disciplines seize on precisely to do what they are not capable of expressing otherwise. In that, that fascinates me.

Does the relationship with the actor and the audience change depending on the type of puppet that is used?

C.L. : The arts of puppetry are very varied. They represent everything that is manipulated on a platter. In this word, one also understands the theater of objects, the theater of shadows, the theater of matter (such as paper, clay, sand), the theater of video or today with the new technologies of the kinds robots or connected objects. Without forgetting the different types of puppet ranging from the hand puppet, such as Guignol, or the string puppet, which we rarely see on sets today, the human-sized puppet, on table and manipulated by several, to fingers, the hybrid puppet mixed with the body of its manipulator who lends him for example his legs …

Depending on what the artist wishes to say or convey as emotions, he chooses his type of puppet. There can also be several techniques in the same show. He also chooses to remain “in sight” of the spectator, or to be hidden, even if today the puppeteers are rather in sight. As in the theater, the relationship with the spectator is based on the theme, the size of the stage, and what the artists have to say. In fact, it’s theater!

What would you say to a person uninitiated to this kind of shows to make him want to come and discover the festival?

C.L. : That in general when we have the curiosity to come once, we come back! I know how the puppet still has an outdated image and a humorous show or for children, but you have to be curious once… I advise to come and see short shows on Saturdays during the Marathon Puppet, it allows you to discover several techniques and get an idea without embarking on a long show, plus you can come with your family!

You are a festival with international influence. Would you say that each country has its own “signature”?

C.L : In France, we have a large puppet school and the biggest puppet festival in the world, so the French pool is very large. But our European neighbors are also very strong. I don’t know if there is a “German or Portuguese touch”, but I do know that there are some well-known characteristics. For example, English humor, so brilliant, is found among puppeteers! On the other hand, on other continents, where the tradition of puppetry is still very much alive, there are clearly defined styles: shadow theater in Asia, string puppetry in Africa, etc.

A word to conclude ? Where can we follow you?

C.L. : Be curious, come to the shows, there really is something for everyone! Find all the programming on marionnettissimo.com and follow us on Facebook and Instagram!

France 3 Occitanie is a partner of the Marionnettissimo festival.

- Advertisement -
Share
Facebook
Twitter
Pinterest
WhatsApp
Linkedin
ReddIt
Tumblr
Telegram
Mix
VK
Digg
Previous articleA second person was “naturally” cured of HIV without medical intervention
Next articleConstruction of a wall on the border with Belarus: Gabriel Attal “has no lessons” to give to Poland

Floods in Pakistan: ‘This is deadly season,’ laments NGO Doctors of the World