“White Building” and “The Cloud in Her Room”, youth beyond the ruins of memory 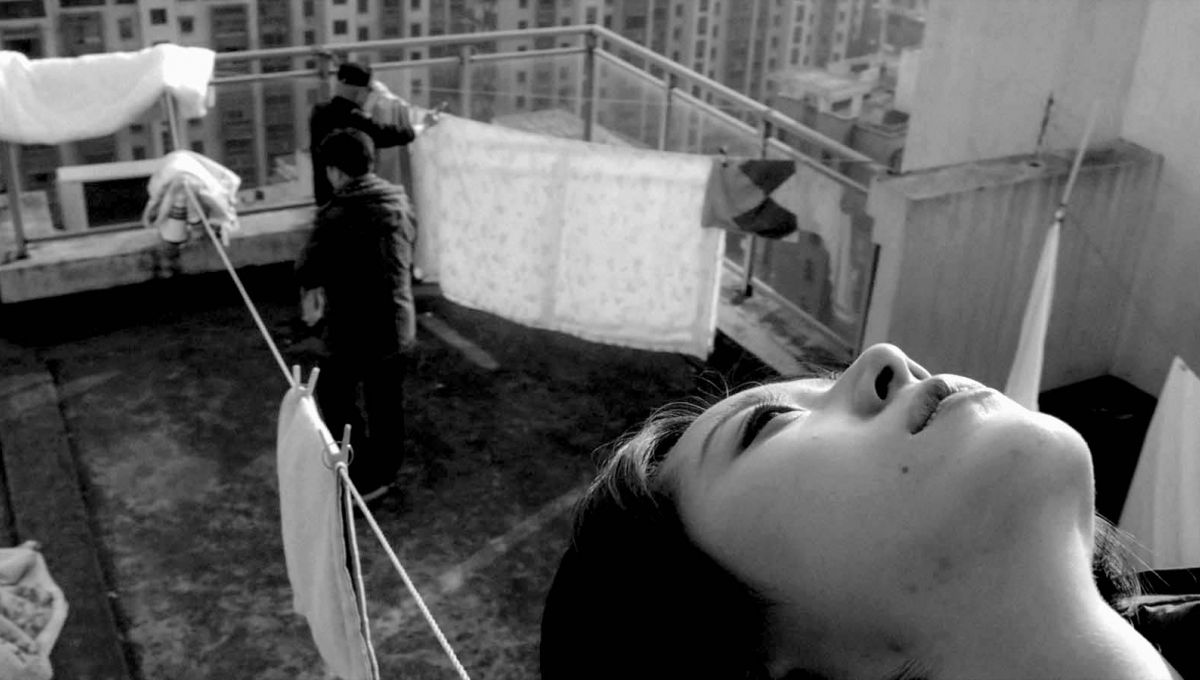 They are both fascinating films. What brings them together is as fascinating as what sets them apart. They both come from Asia – one from Cambodia, the other from China – and if they go out together this December 22, it is mainly because it is a “bad date”, reserved. mainly to small films, especially of distant origins, which could not be distributed at a more favorable time. In their case, it is singularly unfair.

Both are centered on a building, a building whose destruction we will see at the end of the screening. This eerily similar destruction is accomplished by the massive bulldozers armed with jaws and steel pikes that seem to constitute the most literal contemporary form of the slaughter dragons of all the legends around the world.

In either case, the building is the real territory and the metaphor of a story, of a past, collective as far as the film by Kavich Neang is concerned, personal for Zheng Lu Xinyuan.

But if White Building and The Cloud in Her Room are first feature films, witnesses, among others, of Asian cinematographic vitality, and if they also have in common that they are interpreted by young non-professional actors (or not yet), they are the result of very stylistic biases. different.

Certainly, we find in the young Cambodian as in the young Chinese woman an art of composition between documentary and fiction. But not at all in the same proportions, nor according to the same approach.

From the opening shot, a long overview of the Phnom Penh building that gives the film its title, the place emerges as the central character of the story. Since it is indeed a story, the story of Sanmang and his two 20-year-old friends like him, in search of a future in a world that moves quickly, and without them.

Sanmang and his parents live in the White Building, which in the 1960s was a modern construction, intended for executives of the cultural administration at the time of Norodom Sihanouk. The building has aged, so have the parents (including Sanmang’s father, who has an illness that he refuses to treat). The district has become ill-famed, around the area are developing projects for shopping centers and luxury hotels.

Decrepit and poorly maintained, the target of promoters, the White Building is a central character in the film as much as its decor. | Les Films du Losange

The three young people have formed a dance group that mixes local tradition and hip-hop, and from the sequence in which they rehearse together, without music, the aerial and rigorous grace of a filmmaker who knows how to see poetry in the daily, and documentary richness in the twists and turns of fiction.

While the tribulations of the trio unfold, and changes within the family while the inhabitants of the White Building try to organize themselves to resist their planned eviction, Kavich Neang succeeds in a rare and happy film prodigy. The one that happens when the scenario and the acting become the delicate sensors of a multitude of sensitive, humorous, pathetic, sensual, dreamy elements of reality.

We think of Pasolini’s first films, or of certain films by Jia Zhangke (which we are not surprised to find in the credits), while attempts to flirt with motorcycles in dance competitions, and a stormy assembly of tenants meeting with the marginalized who also inhabit the building, the film seems to follow a rambling path, but in fact very solid and very expressive.

The gangrene of the building and that which destroys the body of the father also deprived of his role of responsible for the community of the inhabitants, as well as the dissolution of the bonds of friendship between three young people summoned to become adulthood in ways that ‘they did not choose, are the three narrative threads that weaves the scenario.

But beyond this effective construction, it is above all the finesse of the attention to details, moments, small gestures, atmospheres, lights and sounds, flavors guessed, which nourishes an emotion that is both intense. and complex, where the registers are constantly being recomposed, from the lightest to the most serious.

«The Cloud in Her Room» de Zheng Lu Xinyuan

The magnificent, highly contrasted black and white of the film seems to place it very far from the previous film, on the side of a plastic research which will echo the construction in narrative areas, scenes barely linked together even if they all concern Mizu, the young girl around which The Cloud in Her Room expands.

And the undoubtedly dreamlike sequences, sometimes in negative, participate in the feeling of constantly traveling between reality and imagination, present and memories, fantasies and experiences.

But the film never ceases to thwart these simplistic oppositions, to open up to a circulation where affects count more than factual benchmarks. The visual invention of images (framing, inversion of blacks and whites, shooting angles) by a filmmaker who is also a photographer – at the Saint-André-des-Arts cinema, where the film is screened, a small exhibition of his photos is also presented – vigorously contributes to this happy destabilization.

In the city both real and dreamed of Hangzhou, between Mizu and her mother who lives with a Japanese lover, her handsome suitor whom she keeps at a distance for fear of becoming attached and the older man who attracts her but who maintains a gap, sets in motion a series of tensions, attractions, crises, moments of gentleness and attention.

A world at the limits of imagination and everyday life. | Norte Distribution

Other protagonists – Mizu’s father, her half-sister – but above all this apartment where she spent a period of her now bygone life, her childhood but also the time her parents lived together, make up a universe of changing shapes, constantly thrilling with a life that always seems to be waiting to be able to finally be fulfilled.

Muzi and Yu Feng (Chen Zhou), who maybe like her a little too much … | Norte Distribution

The streets of the city, the parks, the edge of one of the lakes which make the celebrity of what was once designated as the most beautiful city in China, now in full urban transformation, a cemetery in the mountains, a deserted highway multiply spaces that are both realistic and loaded with intimate resonances, close to the fantastic.

Thanks also to the astonishing presence of the young principal interpreter, Jin Jing, but also to the capacity of Zheng Lu Xinyuan to film each and everyone, even in poor physical or emotional state, with equal affection, the film does not cease to be. to impose its gentle force, to arouse echoes which one can suspect that they refer to the experience of the filmmaker, but which can resonate for all.

The Cloud in Her Room

How much will we pay for our insurance next year?