This is the presidential suite of the Intercontinental in Barcelona: 170 meters of luxury on Montjuïc 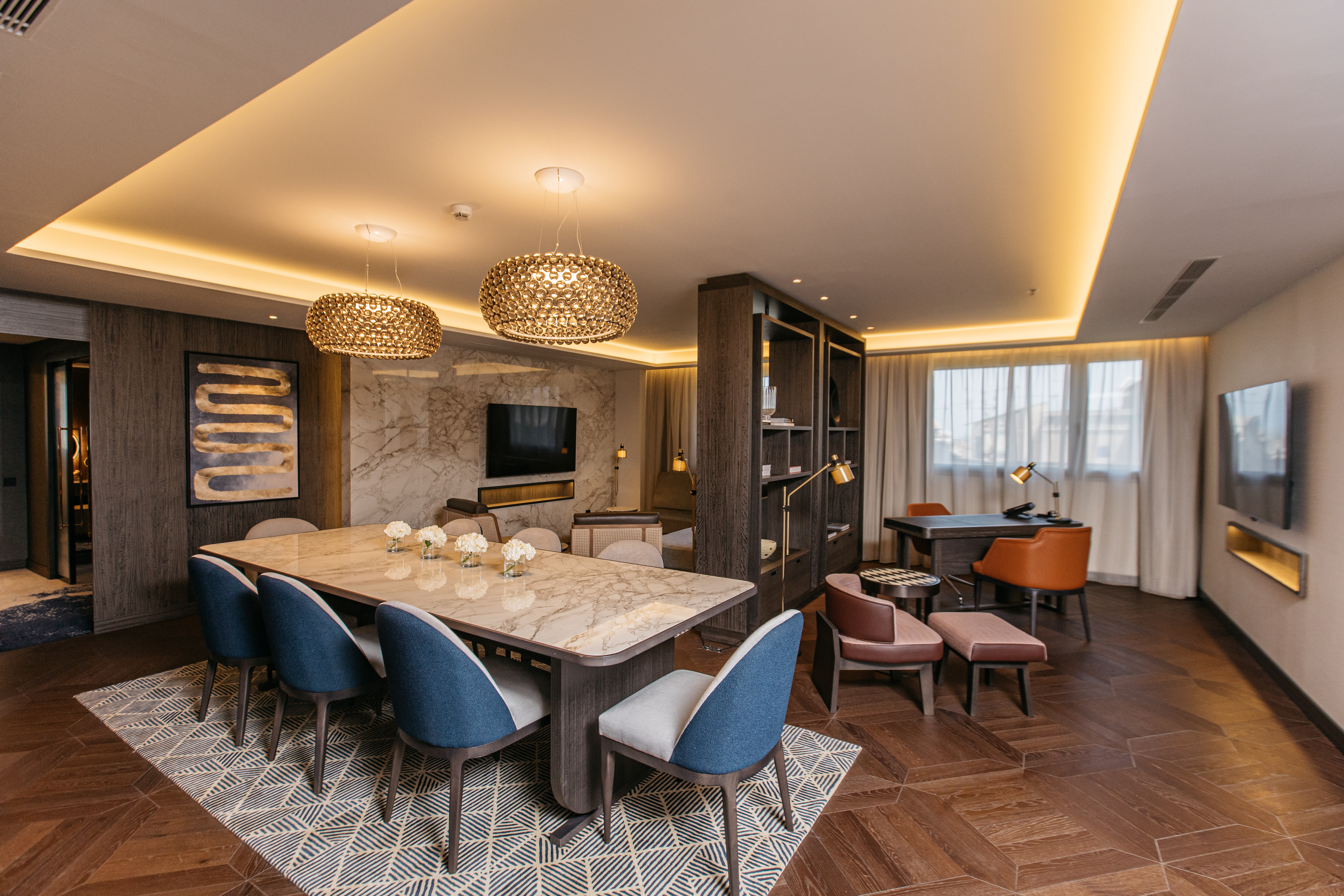 In the fall of 2021, Intercontinental returned to Barcelona after a few years in which the only hotel of this brand in Spain was the one in Madrid, a legendary establishment that was once the Castellana Hilton.

In the case of Barcelona, ​​the old Fira Palace hotel, in the heart of Montjuic, which was also a Crowne Plaza for years, (one of the IHG brands) ended up becoming in 2021 a luxurious hotel that gives prestige to a city and vice versa. Before it is a year old, the new Catalan Intercontinental has carved out a niche for itself in the city’s high-end hotels under the direction of Enrique Escofet, a veteran of the sector.

In the hotel, special attention has been paid to gastronomy, both the most conventional, in a place where nothing really is, and haute cuisine, with the opening of the Quirat restaurant. The world of cocktails is also taken care of with the Gebre bar, a bar that has an impressive number of references in drinks to be well mixed or enjoyed alone. In the same building there is also a remarkable spa where you can relax.

The hotel offer includes the new Quirat restaurant, the Gebre bar and a private club to enjoy the night

A private club reminiscent of some mythical nightclubs of other times, several rooms for working and a roof-terrace-garden with rare views of the city and the mountain from the 29th exhibition, in addition to the 1992 games, complete the areas of the property, where Brime Robbins, the interior design firm, has dedicated itself to its work.

The private areas of this property are 273 rooms, including the conventional doubles of a hotel where nothing is and the 17 suites that have an average of 60 square meters. During these first months of operation, the hotel has been progressively opening its star spaces in parallel with the consolidation of trips after the big break in 2020. Of the entire project, the only thing pending was to inaugurate the icing on the cake of this hotel: its great presidential suite , which is already available from this month of July.

The new pride of the Intercontinental in Barcelona is on the fifth floor. It has a magnificent living room, a dining room chaired by a more than remarkable table and the kitchen, integrated, is equipped with a bar and wine cellar.

Located on the fifth floor, the suite has a dining room with a large table and an integrated kitchen, equipped with a bar and wine cellar.

For work, because in addition to pleasure these suites usually have guests with a certain corporate or institutional component, it offers a wooden desk with leather coverage and stitching. Absolutely everything is custom made for this quiet space. Also quiet is the bedroom with a King Size bed and which is complemented by one of those sinks with a large bathtub where the guest can consider living a few hours out of the world.

Equipped with a second bedroom, the decoration of this suite is also signed by the Brime Robbins studio and is inspired by elements that, as in the rest of the hotel, want to remind us of the sea, modernism and life in the city of Barcelona.

In addition to the physical space of 170 square meters, those who choose to stay in this suite will have a series of extra services included, such as car transfers to the airport, personalized assistance service, organization of dinners, massages or treatments in the suite itself. . Something like a luxury apartment in the heart of Montjuic and in turn, within a large hotel.

Statistics – Foreign tourists are back in Switzerland – 20 Minutes

Salt improves its income and profitability in the third partial