Monkeypox: Can current vaccines prevent the current epidemic from escalating? 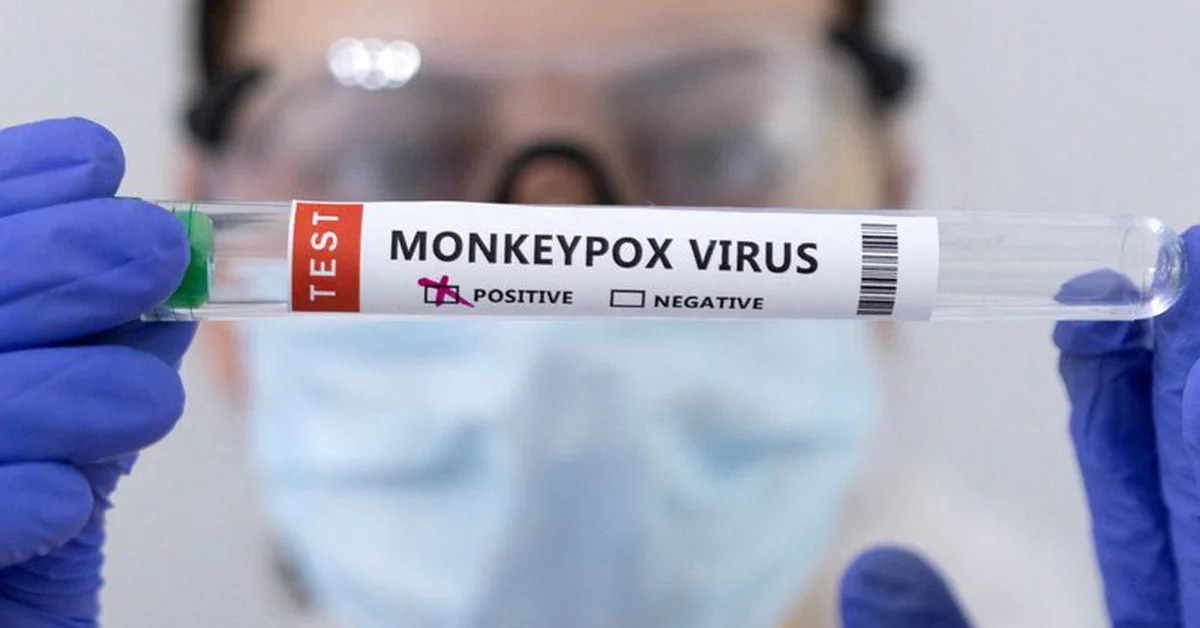 The formulations were developed against smallpox, but experts do not know how effective they are against current infection with the Monkeypox virus. How to protect yourself from illness

There is no specific treatment or vaccine for the disease, but some countries are using the smallpox vaccine for those at high risk of exposure (Reuters)

Unlike what happens with the emergence of COVID-19, the virus that causes monkeypox is unknown.anyone. And this is no trivial point if it’s about containing the current epidemic.

With this, 26,017 infections in 80 countries and the recent declaration of a health emergency in the US due to an increase in cases in that country to the four non-African deaths confirmed last week, Health officials are concerned about the progress of the current epidemic.

The first human case of monkeypox, a rare zoonotic virus that can be transmitted from animals to humans, was reported in 1970 in the Democratic Republic of Congo. The disease has since become endemic in parts of West Africa, but outbreaks are known elsewhere, including the United States in 2003 and more than 70 countries that are now non-endemic.

There is no specific treatment or vaccine for the disease, but some countries use smallpox vaccines for those at high risk of exposure.

The strategy used is called “ring vaccine” and close monitoring of vaccinated contacts after a suspected case has been identified.

The US government declared a state of emergency due to the increase in cases (Photo: Andina)

In this sense, People who have been in close contact with someone who has monkeypox may be offered the vaccine, according to the U.S. Centers for Disease Control and Prevention (CDC).those who may have been exposed to the virus and are at high risk of exposure, such as some healthcare professionals and laboratory workers.

But the truth is that despite this limiting strategy, the transmission is not controlled, quite the opposite.

There is also another possible hurdle: Although smallpox vaccines are safe, the evidence for monkeypox is limited. That’s why some experts point out some reservations about its effectiveness and possible rare side effects in this outbreak. According to Natalie Dean, a biostatistician at Emory University in Atlanta, Georgia, this ring vaccination methodology “can be a powerful tool,” but its effectiveness depends on the timing of immunizations. “Use early while case numbers can still be managed”I’m thinking.

What are the vaccines available and what can be expected from them?

The CDC recommends vaccinating people who have had close contact with someone who has monkeypox (Efe).

For decades, vaccines against the infection served to mitigate the effects of a virus that devastated Europe, but in 1979 the WHO declared smallpox had been eradicated. From 1921 to 1980, the vast majority of the population received the smallpox vaccine, which had been mandatory for over 50 years. In Argentina, this vaccine was administered until 1978. The eradication of smallpox in 1980 was a turning point in world public health.

The truth is that “Vaccines against smallpox show 85% efficacy against monkey disease” said Juan Carlos Cisneros, an infectious disease doctor, deputy director of Muniz Hospital in Buenos Aires. However, according to the European Center for Disease Prevention and Control (ECDC), it still “There is a lack of data on the efficacy of this vaccine against monkeypox in humans,” although they explain that “the previous smallpox vaccine may contribute to a milder course of the disease.”

The UK Health Safety Agency (UKHSA for its English acronym) also warned that one dose is enough to protect a person if they have smallpox (common among those over 50).

It is helpful to clarify Although these vaccines have already been implemented, scientists have begun work on second- and third-generation vaccines against smallpox with a similar immune response to those already approved. Experts even noted that these immunizations would have similar efficacy against monkeypox. “There is compelling evidence in animal studies that they may work against monkeypox, but they have not been tested directly against monkeypox in humans,” Dean told the magazine. Nature.

According to the CDC, no data are yet available on the effectiveness of both vaccines in the current monkeypox epidemic. However, older data are available from animal studies, clinical trials, and studies in Africa.

There are currently two approved vaccines in the US that can protect against monkey disease. The Jynneos vaccine, known in Europe as Imvamune/Imvanex, and the older smallpox vaccine, ACAM2000.

The Jynneos vaccine is produced by Bavarian Nordic, a small company in Denmark, and was developed for the prevention of smallpox and monkeypox in adults over 18 years of age who are at high risk of infection with both viruses. It was approved in Europe in 2013 and by the US Food and Drug Administration (FDA) in 2019.

Jynneos vaccine is given in two doses four weeks apart and contains live vaccine virus. Vaccinia normally infects cattle and is a type of smallpox, a family of viruses that includes smallpox and monkeypox. The virus in this vaccine has been attenuated for the production of the vaccine so it can no longer replicate in cells.

This vaccine is good at protecting people at high risk of contracting monkeypox from being infected before exposure, and may also reduce the severity of the illness after infection. It is effective against smallpox and monkey disease. Until the recent monkeypox epidemic, this vaccine was primarily given to healthcare workers or people who knew or suspected they had been exposed to monkeypox.

Unlike what happens with the emergence of COVID-19, the virus that causes monkeypox is unknown (Getty)

Duration The ACAM2000 vaccine was approved by the FDA in 2007 for protection against smallpox. Also, although based on the vaccine virus, the version of the vaccine virus in the ACAM2000 vaccine can replicate in a person’s cells. Therefore, this vaccine may be associated with serious side effects, which can include serious skin infections and life-threatening heart problems in susceptible individuals.

Several clinical trials conducted during the approval process for the Jynneos vaccine show that when administered to an individual, it elicits an equally potent antibody response as the ACAM2000 vaccine.

Same way, Another use of the Jynneos vaccine is post-exposure prophylaxis or PEP; this means that the vaccine can be effective even when given after exposure to the virus. Because the monkeypox virus incubates in a person’s body for six to fourteen days, the body of someone who receives the Jynneos vaccine soon after exposure will produce antibodies that can help fight the infection and protect against a serious case of monkeypox.

Data from the ACAM2000, though older and less precise, shows strong protection. Researchers tested this during a monkeypox epidemic in Central Africa in the 1980s.The authors concluded that unvaccinated people face an 85% higher risk of contracting an infection than vaccinated people.

“The advantages of vaccination are that people who may have been exposed to monkeypox before the rash appears can benefit from the vaccine, either to prevent the full spectrum of the disease or to reduce the severity of the disease,” explained Dr. Jay Varma, professor of Population Health Sciences at Weill Cornell Medical College.

The head of MI6 assured him that Putin’s strategic failure was about to weaken him in Ukraine.

Hawkeye: Clint and Kate stock up on gadget arrows in (photo) deleted scene from series | COMICSBLOG.fr