Nugget Alert: Crypto Metal (MTL) recorded +61% gains in 24 hours, what to think about this token? – ₿log 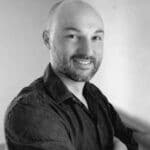 The cryptocurrency market stabilized on Wednesday, April 13 after Tuesday’s major correction, which saw the cryptocurrency market capitalization drop nearly 8% to $1.83 trillion. Bitcoin, the largest token by market cap, is holding over $40,000, while Ethereum, the second largest, is trading at over $3,000 per token. However, one altcoin that is really bustling today is the Metal (MTL) cryptocurrency, which has risen over 60% in the last 24 hours.

According to CoinMarketCap, the MTL cryptocurrency was trading at $2.56 per token yesterday, up 63% from the same time. What stands out about this crypto is its trading volume, which has increased by more than 7,000% in the last 24 hours, reaching $918 million. Before we delve further into the price action of MTL crypto, let’s understand what MTL crypto is.

Description: What is Metal (MTL) cryptocurrency?

The MTL cryptocurrency is an important part of the Metal ecosystem and Metal Pay, which claims to offer the easiest way to exchange, send and receive cryptocurrency. MTL is an ERC20 utility token running on the Ethereum blockchain. According to CoinMarketCap, it will soon be available on Metal’s native blockchain Proton. MTL supporters believe it launch of the token on Proton will open new opportunities for on-chain utility for MTL.

According to CoinMarketCap, users are not required to pay any fees to trade, send and receive MTL tokens on Metal Pay. Also, if a user has 10,000 MTL tokens, they don’t have to pay any fees to buy or sell other cryptocurrencies. Users can also enjoy loyalty benefits for holding MTL on the Metal X crypto exchange. Here, they will pay discounted fees if they pay with an MTL token.

It currently has a circulating supply. 66 million coins and the altcoin is available for trading on popular platforms such as Binance, Phemex, FTX, KuCoin, and Huobi Global.

Will the rally in crypto MTL continue?

The surge in MTL cryptocurrency today and the massive increase in trading volume has caught the attention of cryptocurrency traders, with many predicting that the ongoing rally will continue. However, according to technical analysts, MTL has exited the bearish zone; However, further upside could be seen if it breaks convincingly and close to the next resistance level and trades above US$2.80.

It is worth noting here that in the past, the MTL cryptocurrency gave several-day highs similar to what we are witnessing today, but failed to sustain these gains. Potential investors are therefore very carefully and Do a thorough risk assessment before making any investment decision..

💎 Find the best Gems with our Free Guide!

Learn how to analyze crypto like a pro while avoiding Red Flags and Scams to start or continue your adventure in the cryptocurrency world.

Journalist Alexandre Panizzo, who started writing a column for Figaro.fr, became interested in finance-related issues. Since 2006, he has written many articles in finance, business, CSR, hi-tech, and today blockchain, with the emergence of what he sees as a true turning point in the history of modern finance: cryptocurrencies. In particular, he founded his company called Narrao, which produces editorial and video content in 2020.

Is the E85 rechargeable hybrid less harmful to the environment than an electric car?

USA: The biggest fire of the year continues to go on in California