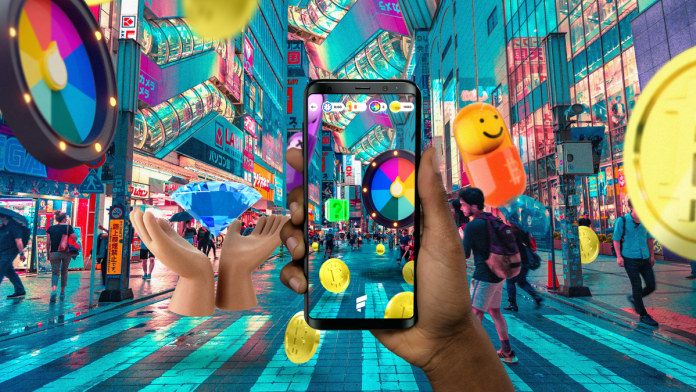 Bitcoin-related services company Fold has launched a limited beta version of a game in which users can earn satoshis, the minimum unit of bitcoin (BTC).

The game, called FOLD AR, is available for mobile devices and was created in partnership with Niantic, the company behind the game Pokémon Go. In fact, the new game has similar characteristics, since players must ” chase away BTC, Fold said in a statement.

Fold users can access the game through the company’s app. They have the opportunity to discover satoshis, the smallest fraction into which bitcoin can be divided. More precisely, 1 BTC is equivalent to 100 million satoshis.

They can also receive other rewards that pop up around them every 10 minutes, such as time extensions to stay in-game longer and ” orange pills to protect them from unpleasant surprises« .

Fold’s Visa card users can enjoy other benefits, such as earning what the company has called ” spins“. These will allow them to earn even more bitcoins, via the Fold application.

As in any video game, there are pitfalls that prevent the user from winning easily. In this sense, Fold launches a warning: ” be careful because shitcoins and poison pills are among you and threaten to rob you of your hard earned bitcoins« .

Currently, the game is only available in the United States, but the developer is considering expanding it to other countries.

Future and purpose of the game

As for upcoming plans for the new game, they plan to introduce the option of higher rewards for players, says Fold CEO Will Reeves.

Reeves says that in the future, users will be able to find collectibles that will allow them to gain special privileges, increased chances of winning, and other perks.

« We hope to take advantage of bitcoin’s natural network effects by creating a new way of interacting with bitcoin, focused on fun and community.“, Adds Mr. Reeves.

The popularity of the main cryptocurrency has prompted many companies to create games that incorporate bitcoin rewards.

A few months ago, the Spanish company Satoshis.games launched the video game Satvival.

It’s about surviving on a desert island by resisting attack from living skeletons and other players. To do this, it is necessary to build a fortress with the materials available on site. By completing objectives, the player receives bitcoin rewards.

Fashion trend: Find out what are the most trendy clothes colors for this fall 2021!