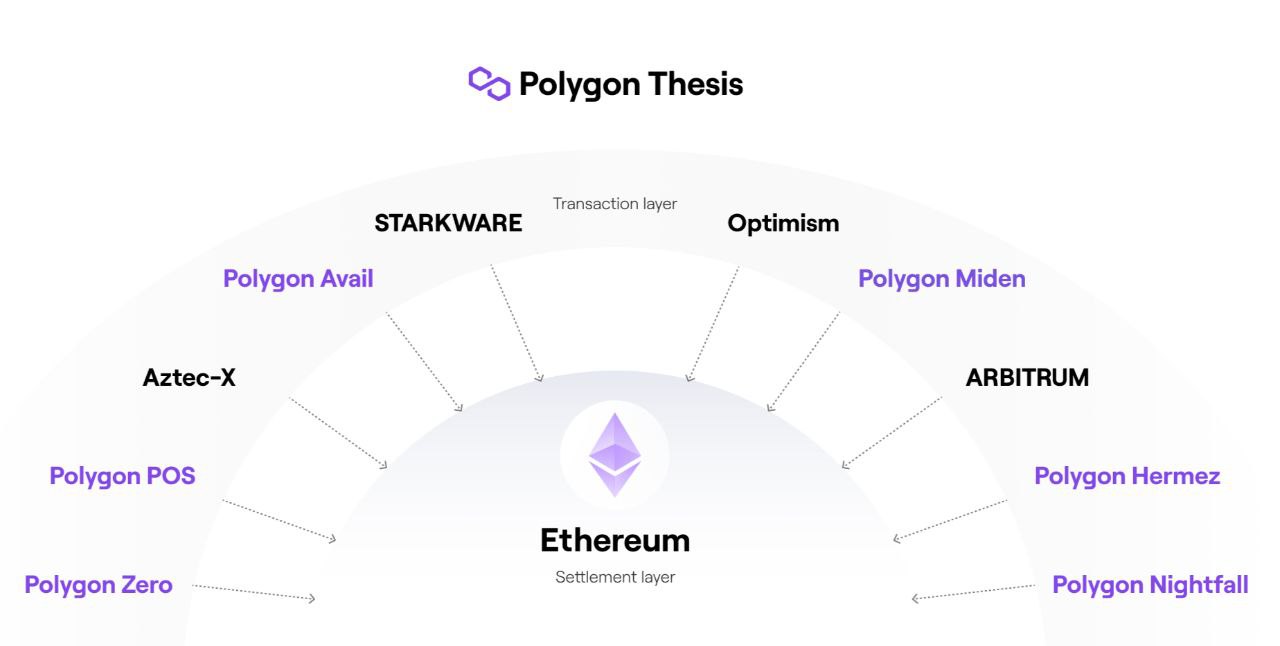 Polygon offers itself the services of Mir Protocol

Polygon (MATIC), the popular scaling solution for the Ethereum blockchain, has acquired Mir Protocol, a solution based on le Zero-Knowledge Rollups (ZK Rollups).

The total amount of the buyback is $ 400 million, of which 100 million will be paid in USDC and the rest in MATIC, or 190 million tokens.

The acquisition of Mir Protocol is part of Polygon’s ambitious plan to spend a billion dollars, or a significant portion of its cash flow, researching these ZK Rollups solutions.

In a press release from last August, Polygon announced want to acquire world-class start-ups innovator in the ZK Rollup sector. The first of these was Hermez Network, for an amount of $ 250 million.

Just as Hermez has renamed itself Polygon Hermez, Mir Protocol will be integrated into the Polygon ecosystem under the name Polygon Zero. According to Polygon co-founder Mihailo Bjelic, the Polygon Zero solution should be operational during the year 2022.

Accompanied by eight other colleagues, the two co-founders of Mir will join the Polygon team as part of this agreement.

ZK-Rollups, to the rescue of Ethereum

We all know the problems that the Ethereum blockchain is currently encountering: a drastic increase in the number of users and smart contracts deployed which leads to congestion and disproportionate gas costs.

Faced with this, Vitalik Buterin himself urges the democratization of second-layer solutions which deport part of the load outside the main network in order to lighten it.

Among the popular solutions, we find les Rollups. Very simply, they allow a multitude of transactions to be processed. on a second outer layer to Ethereum, before aggregating them and registering them all at once on the blockchain.

They have a smart contract on the Ethereum blockchain on which they only publish the important information of the rollup. Thus, the space used and the associated gas costs are reduced.

Mir is an Ethereum scaling protocol that is based on ZK rollup technology. It inherits the properties of Rollups, but also of Zero-Knowledge Proof (ZKP).

As data protection becomes a crucial issue in our society, ZKP protocols attract more and more attention. Indeed, they make it possible to prove that information is true without having to reveal the information relating to it. In other words, they can make hand to individuals about the data they share about their identity.

However, the main difficulty with Zero-Knowledge Proof technology is that each situation is a special case, and to resolve it there are several possible solutions and paths.

In this case, according to Polygon, the Mir protocol designed “The most advanced and fastest technology in Zero-Knowledge Proof”. In other words, in each situation, Mir generates evidence faster and verifies even more transactions in a proof.

Scoop – Mitsubishi L200: the next generation is coming

Would you prefer your pet to your children?