Which are the 11 provinces that add an extra hour of lessons? 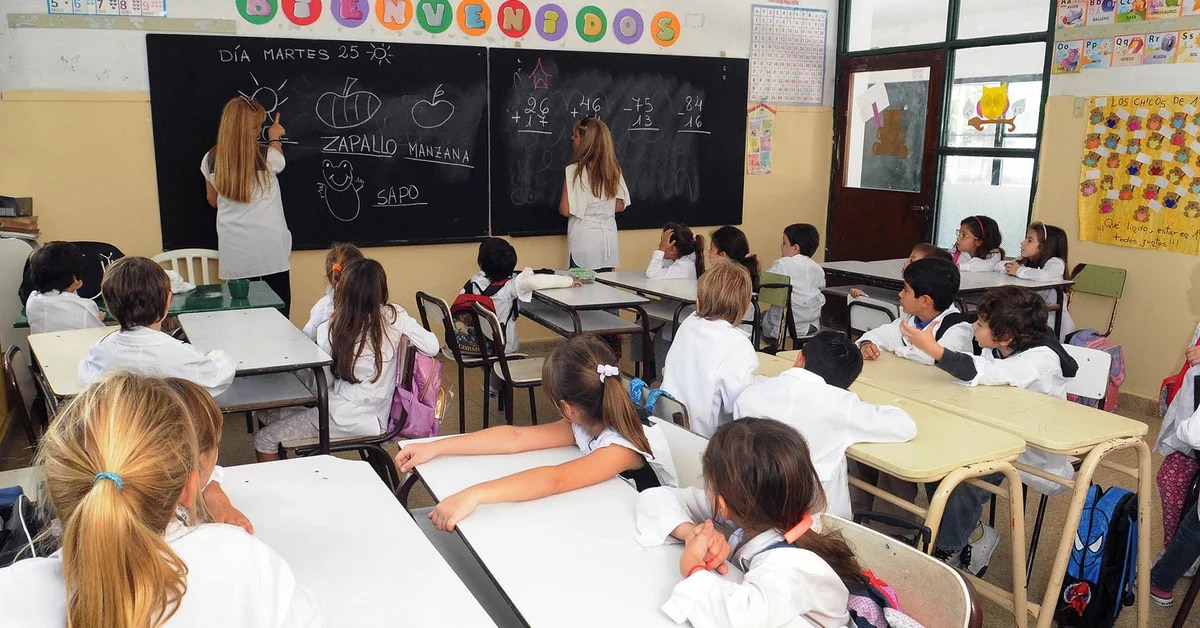 Formosa was the last to confirm its participation in the National Government program. The content of Language and Mathematics courses will be strengthened by expanding the time interval.

Elementary-level classes will have an extra hour in 11 jurisdictions (NA).

The National Government supported a program for primary levels for content recovery. It consists of adding an extra hour to the lessons and thus reinforcing the Language and Mathematics topics. Lately, Formosa has decided to seal the deal, and there are already 11 jurisdictions starting the fifth lesson hour.

The measure was supported by the Federal Education Council and continues to gain supporters. This Friday, Education Minister Jaime Perczyk, his Formosa counterpart Luis Basterra and Governor Gildo Insfrán signed an agreement to add one more hour to primary classrooms.

In April, the proposal was announced, but teachers’ unions rejected it. However, a few months later, an agreement was reached with some provinces and after the winter holiday, some organizations will start to work with the new system.

Agreeing with Formosa, the Minister of Education said that the political decision of the National and Provincial Government “protect the most humble of the province, teachers, girls and boys and families”. To achieve this, he thought, “more hours and days of lessons, better schools, books and computers” were necessary.

Due to difficulties in the education system during the pandemic, the Ministry of Education is working to recover some content. In this context, Perczyk stated that all students should “stay longer in the classroom” for greater education quality. We want to level up.”

The extension aims to strengthen the Language and Mathematics (DEF File) content.

There are 1,300 schools in Formosa, most of which will have a primary education program. Governor Insfran He thanked the teachers for being “the ones who move the reel of knowledge transfer,” the Ministry of Education reported.

Although the goal is for the program to be adopted nationwide, the City of Buenos Aires has announced that it will submit a proposal to extend the course duration, but this will differ from the one envisioned by the Nation.

Since there are schools with extended days for the sixth and seventh grades in the province, efforts were being made to convert around 30 primary schools from a single day to a full day. Due to the impact that this change could have, Infobae was asked to start the implementation next year.

In this context, it is detailed that 60% of the 465 general pre-selections had eight hours of lectures. The 30 schools that will enter this program are those that have the infrastructure to double the day or have no other shifts operating within the same institution.

From the education area, it was stated that once the project is defined, the offer will be formalized to the Nation to find out if they will accept the money transfer. Considering that the target also includes expanding the workload at primary level, it is anticipated that an agreement will be reached.

The National Government estimates that it will invest a total of 18 billion pesos to implement the programme. However, the amount is expected to be high due to inflation and the reopening of joint ventures.

With the budget sent proportionally to the provinces, 80% of the salary bonus that teachers will receive for overtime will be paid. It was also emphasized that the settlements that signed the agreement will extend the program for a period of five years.

Practices of a clinical research company employed by Pfizer denounced