Mystery in Panamericana: A truck collided with an abandoned car in the middle of the highway 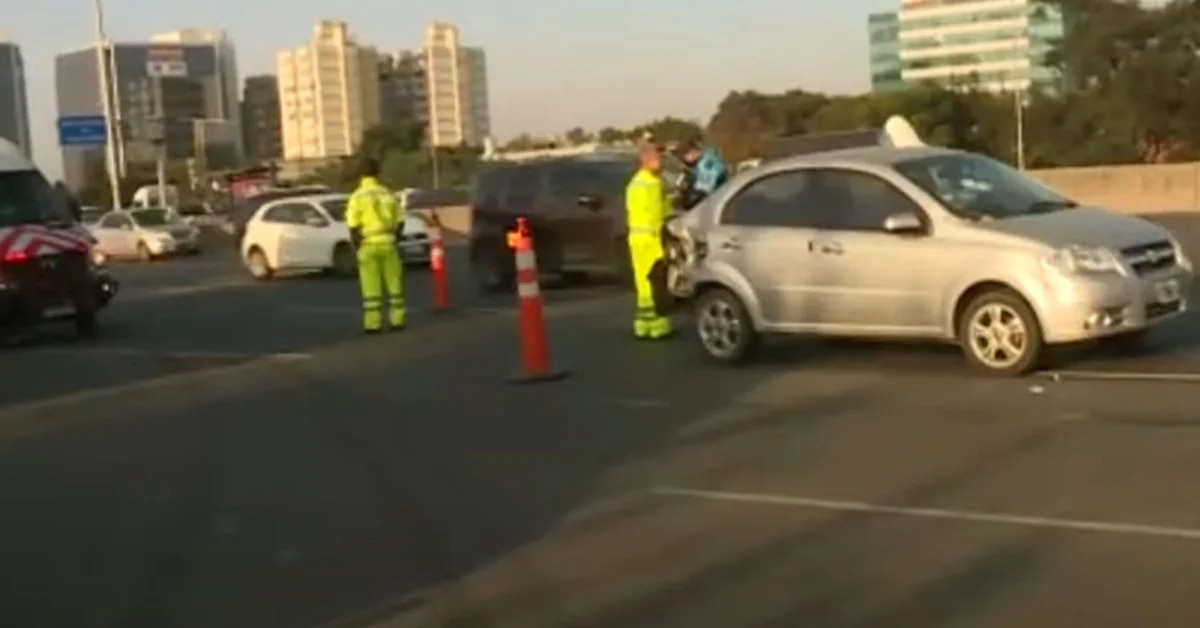 The incident occurred at the top of Laprida street in Vicente López, towards the Province. The truck driver was injured. car owner wanted

The car was abandoned in the Panamericana, at the height of Laprida street, towards the state.
- Advertisement -

An unusual and mysterious event occurred on the Pan-American highway this Saturday morning at the summit of Vicente López’s party in Buenos Aires. A truck traveling in the direction of the province hit an abandoned vehicle in the middle of the highway from behind.

The incident occurred at around 7 am, near Laprida street, a little less than General Paz, and Police are still trying to determine how the gray Chevrolet Aveo was left there. Without lights or any type of signage to warn drivers.

The driver of a red Mercedes Benz truck couldn’t help but notice that the car had stopped and crashed into the truck with his trunk. While the vehicle, which was abandoned after the collision, was advancing a few meters, the truck, which was thrown to the right, hit the guardrail and turned in the opposite direction to the traffic.

The heavy blow caused part of the wall to break off and fall onto the collector, which was at that point under the highway. It is unknown at this time whether the stones damaged other vehicles.

The man driving the truck was transported to the Vicente López hospital with mild multiple trauma. He was accompanied by two other people who escaped injury.

Now, investigators are trying to determine what motivated the driver to get out of the car in the middle of the highway and leave it there. They suspect that it may be a stolen car and that the person who left it was a criminal or someone who had a technical problem with the car and went to help.

Highway personnel told police: The car was unlocked, the keys and the radio were on.

After the crash, the truck collided with the guardrail and was stuck on the opposite side of the traffic.

For now, No one has yet arrived at the scene claiming to be the owner of the vehicle.

To protect other drivers, the car was surrounded by orange cones while awaiting the arrival of the Science Police.

There was a serious traffic jam as only two lanes opened to the north after 9 am.

On the other hand, there are also delays as drivers on their way to the city of Buenos Aires slow down to understand what is happening.

JP Morgan, BNP Paribas … The 12 banks that weigh the most globally

Gabriel Lassort, lawyer: “I like the idea of ​​fighting against state violence”