What happens in room 712 of the Parador de Cardona? 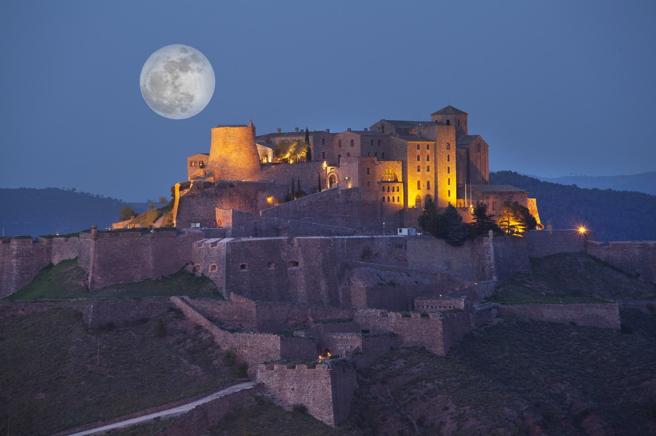 There is nothing like going on vacation and being able to disconnect. Now, there are those who are going to enjoy their free time and have the bad luck to live one of those experiences that they cannot explain. Because, can you imagine staying in a hotel and your room being occupied by an unexpected tenant, such as a ghost?

To live this type of experience, you don’t have to go very far, because just 100 kilometers from Barcelona, ​​in the Parador de Cardona, one of the most famous rooms in the esoteric and paranormal world is located: room 712.

Room 712 of the Parador de Cardona is not just any room, because as it has this presumed permanent tenant, it is only occupied at the request of the client. A decision by the management of the inn, which after hearing the chilling stories and complaints from many customers, decided to close it to the public.

At your feet, the town of Cardona, a medieval town with narrow streets and corners with multiple charms that will not leave anyone indifferent. A medieval construction that only adds weight to the mystery that surrounds the west wing of the famous parador, where the famous room 712 is located, of which nobody knows what exactly happens inside.

Among other experiences, there have been reports of screaming, strange noises, faucets that turn on and off at will, furniture that shifts or piles up in the center of the room, whispering voices, disturbing dreams, and even appearances of a character dressed in garb. medieval that he observes attentively from one of the corners. An unusual stay in the middle of this renovated luxury hotel, frequented by curious people who practice rural tourism.

Many travelers maintain that it has been impossible to sleep due to the movement of furniture in the upper room, which has always been empty

The mystery is such that the paranormal phenomena that have been recorded in the room are heard even if there are no guests or workers inside the room; What’s more, the cleaning staff usually enter in pairs so that there is no worker alone between those four walls. Not even the animals want to enter, fleeing in terror as soon as they set foot by accident.

Paranormal lovers have this room as one of the main objectives and unsolved mysteries. Experts have traveled on multiple occasions and different investigations have been carried out, with disparate results. Some believe that there is another dimensional plane in the room, while others maintain that there could really be spirits with unfinished business waiting to finish what they started.

A room that is ‘helped’ by an environment fully prepared for the occasion, since everything is taken care of to the maximum: decoration, furniture, lighting… Just by setting foot, it gives the feeling of having gone back 12 centuries in time. The architecture of the building itself has a fairytale halo, with long and narrow corridors, austere, vaulted rooms, with pointed arches, wooden beams and Gothic elements. All this, wrapped in a silent and solemn atmosphere that becomes mysterious when you reach the west wing of the seventh floor, where room 712 is located.

The cursed love of Adales

The origin of this mystery is usually located in the Middle Ages. The Parador de Cardona is built in a 9th-century castle, a fortified enclosure in perfect condition and decorated in such a way that as soon as the traveler walks through its doors, they go back in time. The castle includes a church and perhaps the protagonist of the mystery of room 712, the Minyona Tower, origin of the legend.

It is said that a young Christian woman, Adales, fell in love with a Muslim. Her relationship at that time had no future, and Adalés’s father, furious, sentenced her daughter to live in seclusion in this tower for the rest of her life. The young woman died there, crying with grief, and there are those who assure that her sad soul continues to wander the area, manifesting itself in the famous room 712 and asking guests to help her get out of there to find her loved one.

A castle that will not leave anyone indifferent, not only because of its impressive construction, but also because of its spectacular views of the Cardener river valley and the Salino valley, where one of the most important potassium salt mines in the world is located, currently inactive but that we can meet on guided tours, a highly recommended activity.