5 surreal Airbnb rental stories: “Don’t look at the bag under the bed” 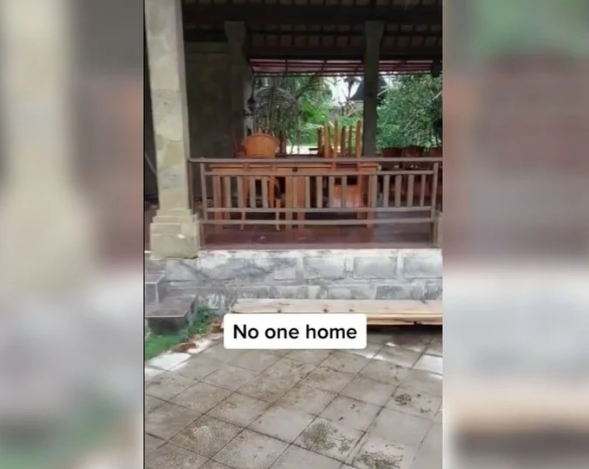 The movie premiere Barbarian (Barbarian) led us to think of real horror stories related to renting properties through the famous Airbnb website. Believe it or not, there are many.

In Zach Cregger’s horror film, Tess, the protagonist, arrives at a Detroit house that she had rented to sleep in before a job interview and strangely meets a young man named Keith, who had also rented it, but for another app. So far, she the premise. Then the fear.

The title story of this case was published in Vice. The narrator: Hailey, 28 years old.

In the story -one of many compiled by journalist Daisy Jones- Hailey contextualizes: it was in Brisbane, Australia, during a vacation in 2015 or 2016. The host? “A single man in his forties.”

The narrator tells that she and a friend already started off on the wrong foot when the owner of the house let them sleep in his room.

The second setback, the next sinister occurrence, had to do with a warning: “Okay, girls, you can sleep in my room… but DO NOT look in the black bag under the bed.”

“He had plenty of time to go and remove that black bag before we got there, but he left it there on purpose, in full view. Naturally, we popped in there right away, as soon as she left,” Hailey said.

What did they find? “Inside was a full suit of gimp in latex with a mask, leash and a whip. Obviously, each to their own, but why leave it on purpose for us to find and count?

The story ends with the guest stating that the host “was jealous” when they told him that they were going to meet boys. The next day they left.

This time, the culprit has a first and last name: Wayne Natt.

What happened? Derek Starnes and his wife discovered a “small hole” in the smoke detector in the room at the Airbnb home they were staying in. They immediately disassembled the device to investigate it and, to their surprise, they found a hidden camera and microphone. Without hesitation they called the police.

Natt was arrested for voyeurism. After his arrest, he argued that he used the camera for the sex parties that were in his house.

Interestingly, Natt had an Airbnb account for two years and racked up more than 40 reviews. Upon learning of the case, the company released a statement that read: “We are outraged by reports of what happened, as soon as we learned of it, we permanently banned this person from our community and fully support the affected guests.”

Sean, another of the narrators in the news of Vicerecounted how it was the day the owner of an Airbnb showed him the property and “revealed” that she was the daughter of the terrorist Osama Bin Laden.

The house had “good vibes”: “Pictures of Bjork on the bathroom wall, lots of nice vapes, lovely records.” But the living room was somewhat sinister.

“He invites me into his living room and shows me some of the people on his wall: Billie Holiday, Amy Winehouse. And then I look over her piano and I’m like, “…who’s that?” knowing full well that he is Osama Bin Laden. And she says, “Oh, that’s Osama bin Laden. He’s my father”.

After the confession, things got out of control. Evidently the mistress of the house was not in her right mind. First, the woman told Sean that a radio had confirmed that she was Bin Laden’s daughter (it happened after the terrorist was killed).

In turn, like someone who does not want the thing, the hostess warned her guest to stay inside the house during his vacation because an attack was approaching. 24 hours later, Sean arrived at the Airbnb to find the woman with “five radios on different frequencies blaring.” But it did not stop there.

“Then, he climbs on my bed! It was too much, I didn’t know what to do. So I’m finally leaving, saying maybe I should call someone on Monday.”

IV: Surprise in the garden

In February 2016, a group of friends innocently rented a house in Palaiseau, France, to spend a quiet weekend doing things quietly, without mishaps. They did not know, of course, that they would take forever a dark anecdote.

What happened does not admit detours: one of the young people found a corpse in the garden. The body was that of an old woman. He was covered in branches, hunched over, near a forest. On one of her fingers was a ring with a large stone.

According to Guardianthe corpse was in such a state of decomposition that it was impossible to know what the lady died of.

The rental agreement did not specify parties. “Party”, which for many could be synonymous with revelry for the owner of an Ohio, United States, meant “terror”.

A man rented the host’s home to welcome in 2018. Without asking for permission or anything like that, he threw a full-throttle New Year’s Eve party. He advertised it online and charged five dollars per person.

During the day, the owner of the Airbnb saw how a parade of people (up to 250) entered his home. He ended up hiding in his room to call the police.

The end, without violent shocks. Airbnb guest banned for life

At the Restos du Cœur on Seine-et-Marne: helping more people with less

Being sick in adolescence makes you age faster

Seen from England. Traveling by electric car in France? Less stressful than you think