Life insurance – Should we still believe in euro funds? 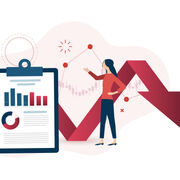 2022 shouldn’t be a great year for the 53 million life insurance contracts currently held by the French. Given the galloping inflation, all yields from euro funds should indeed be negative. Nor should they follow the recent increase in rates, which will lead to their rapid rise. While we expect insurers to communicate the performance of these funds within a few weeks, we will explain the complex mechanism, or rather the current headwinds, of this investment, whose outstanding amount exceeds €1.826 billion.

Recall: A few years ago, the demise of the euro fund was predicted due to the historic and sustained decline in bond rates, the financial products that insurance companies hold to repay the savings entrusted to them. A decline that took the concrete form of returns from +5.8% in 1997 to +1.28% excluding net management fees in 2021 (source: research firm Le Cercle de l’épargne). The result: With a few exceptions, the insurers later got themselves into battle order. promote units of account (UC)Financial supports that are invested in equities and that, unlike traditional euro funds, do not contain any capital guarantees. In other words, with them, it’s certainly possible to make gains when financial markets are headed well, but it’s also possible to incur losses when they’re down.

Variable methods were used for this “promotion” over the years: it was no longer possible to cover all its payments in the euro funds of many insurance companies (Axa, Prédica, Suravenir, etc.). With a slightly different logic, performance bonuses emerged that increased with the contract’s unit of account ratio and could be compared to a reward for taking risks (Axa, Swiss Life…). Not to mention the payment fees that may have been raised in order to divert Euro funds to risk (not a guarantee, in anticipation of higher returns) from stubborn people who still choose to play the security card.

A brutal change of scenery

A change of scenery in 2022. Inflation (which will appear in mid-21st) starts to gallop and the rates of bond products begin to rise sharply: We haven’t seen this since the 1980s! The question now is whether the 2022 returns, which will be announced in early 2023, will continue to follow this unattractive trend. “Strong negative rates, a new and complex phenomenon for life insurers”, As Philippe Crevel, director of Cercle de l’épargne points out, or conversely, in light of this specific context, these returns will also benefit from this increase in interest rates.

In fact, in addition to the possibility of adopting a somewhat more active management overall than in the past, insurers can now take advantage of the rise in interest rates to buy bonds with much more attractive yields than in recent years. Problem: These new bonds only replace old maturities and will only gradually replace. For example, Odile Ezerzer, Director of Macif Finance Épargne and Managing Director of Mutavie, states: “About 10% of our bond portfolio matures each year”. On the downside, this means that despite the improvement in bond markets, savers will have to wait a few years to see a substantial increase in the yield of their euro funds…

Avoid important exits that are harmful to everyone

“The whole challenge for life insurers is to avoid excessive outflows today and tomorrow, a volume of redemptions that will force them to sell old bonds at a loss, a source of capital loss. . Such a situation would be to the detriment of the industry,” he said. It highlights Cyrille Chartier-Kastler, creator of Good Value for Money, a site specializing in life insurance and financial investments. In order to avoid this dark scenario, you should know that the law allows to temporarily restrict the freedom of savers by limiting cash withdrawals for a maximum of 6 months… But we haven’t gotten to that point yet! And best of all, to not be there, life insurers have an interesting card on their hands: the profit-sharing provision (PPB). “Euro 71.5 billion or approximately 4.87% of outstanding debts, all companies combined”, According to Cyrille Chartier-Kastler.

About what? Profits held in reserve (and therefore not distributed in the years in which they were obtained) to withstand years of financial turmoil. This PPB, which varies from one insurer to another (for example, bancassurers have significant accumulated reserves at the detriment of, among other things, the rates paid in their contracts) is redistributed to the insured with a grace period of up to 8 years in each case: “It was made for this, namely to soften the moment when the net return on assets is lower than the average 10-year government bond rate, as it is now”, Highlights Guillaume Rosenwald, Managing Director of MACSF Retirement Savings.

An increase in yields that need to be brought under control

Taking advantage of this reserve, “Excluding management fees, 2022 rates could be around 1.8% to 2.6%”, According to Philippe Crevel, this would be good news for savers. However, do not be misled: this redistribution, which is by no means pharaonic, will be progressive, that is, spread over several years. And “It will not compete with inflation” », According to Odile Ezerzer. In other words, even if there is a gradual and real increase in interest rates, savings invested in a euro fund will remain in negative territory as long as inflation is high.

In the background, booklet A performance

Another economic problem that insurers have to deal with: the very large format of booklet A, whose current fee has never been higher in years since the tax and social security contribution-free 2%. And given the parameters for calculating this fee, i.e. beyond the yields of the best euro funds on the market, it could rise to 3% next February! What puts some insurers in a difficult position is that while it is true that it is not reasonable to compare the two products, both their parameters (payment ceilings, fees, taxation, etc.) and investment horizons are different. But according to Philippe Crevel, “Some savers will still take this step. In addition, the Livret A account already captures some of the savings for longs. A couple with 2 children can thus invest more than € 100,000 today, risk-free and tax-free, both in booklet A and in sustainable and solidarity development handbooks..

Faced with this unprecedented situation, some insurers may be tempted to change their stance and soften their own rules in recent years, and that’s good news. Because beyond an (unusual) wave of redemptions that should be avoided at all costs, insurers must continue to raise funds for two reasons. First, keep the “net” collection (i.e. the ratio between benefits paid and premiums received as a result of withdrawals made or death benefits paid to beneficiaries) positive. Then, their portfolios can be exposed to dramatically increased rates faster, allowing the policyholder community to benefit more quickly.

There are several hypotheses on the table right now. The first, which is simple to implement and has the merit of being perfectly understood by all savers, “reducing or even canceling fees on payments, because the euro fund guarantee is now less costly in terms of equity”, Emphasizes Guillaume Rosenwald. would be the second “Reducing the existing eligibility thresholds for euro funds, usually depending on the investment in units of account of 30% or 40%. », Waiting for Édouard Michot, president of Assurancevie.com. “We already have signals in this direction”. As a reminder, contracts are currently in place that allow you to invest 100% of your savings in their euro funds, such as Garance Épargne (Garance), Afer (Abeille Vie), Multi Vie (Mutavie) and even Actépargne 2 (La France Mutualiste). numerous. annoyed. Third, there may be the re-emergence of eurocroissance type funds, whose capital is strictly guaranteed, whose return is expected to be higher than euro funds, but whose counterparts are able to immobilize their savings for at least 8 years…

The 2022 returns, which will begin to be published in mid-January of 2023, will be more closely scrutinized than ever before.

Livret A, PEL, life insurance: How many years to double your savings without risk?

Hayet Abidal shoves her husband and charges the “diabolical” Hamraoui