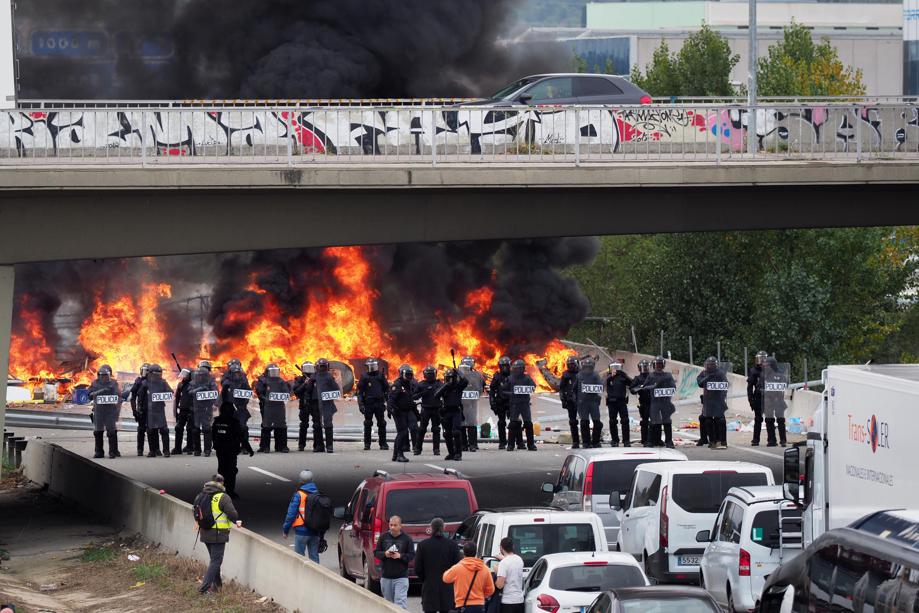 The Court of Instruction number 4 of Figueres (Girona) has ordered the arrest of a dozen people summoned to testify for their participation in the cutting of the AP-7 motorway at the height of La Junquera in November 2019, in response to a call for Tsunami Democràtic.

In total, the investigating court number 4 of Figueres has ordered the arrest of twelve of the fourteen people investigated for that pro-independence action who have repeatedly failed to testify despite successive summonses from the court. Throughout the morning, the Mossos d’Esquadra have begun to arrest these people, including a CUP militant.

The events investigated by the Figueres court occurred between November 11 and 12, 2019. During those days, thousands of people participated in the cut of the AP-7 at the height of La Junquera to show their rejection of the sentence of the process in response to a call from Tsunami Democràtic.

Since 2020, almost 200 people have been summoned to testify for these events. Of the total number of those investigated, 14 decided not to appear to testify, despite repeated summonses from the court, which is investigating them for an alleged crime of public disorder.

Specifically, during the processing of the investigation of the case, the judge had summoned 12 investigated to take their statements. This citation had been carried out a minimum of five times without these dozen investigated having appeared at any of the appeals made by the court. The people who have not appeared in the case so far are 14 but the detainees are 12 because there are two who have not been able to make the last personal summons.

Taking a statement from a person under investigation is essential for the development of the proceedings, therefore, in view of the repeated failure to appear of those under investigation, the lack of justification for these and the need to comply with the procedure, the judge agreed, as provided by law , in a resolution dated March 1 and after the last of the summonses was made in person and his non-compliance was not justified, his arrest and making available to the court (as the competent judge in the investigation of the case) to take the appropriate statement.

Statement from the CUP and Alerta Solidària

Among the list of affected people there are militants from organizations and groups such as members of the CUP, the CDR, the ANC and the Consell per la República, according to a joint statement from the anti-capitalist formation and the Alerta Solidària association. Thus, the CUP identifies among its own Isaac Ruana, councilor of Sant Pere de Riudebitlles and regional councilor of Alt Penedès, and also Àfrica Muntané, a member of the CUP of Campdevànol. Jordi Trapé, a CUP councilor from Manresa, and Ylènia Morros, a member of the CUP from Navarcles, appear on the list of people to be arrested.

In the statement, the CUP recalls that two and a half years have passed since the highway closure, which they describe as “an exercise of protest, legitimate and peaceful, that should not be persecuted”, for what it considers “indecent” that the cause is still alive , that “it has reached the figure of 200 people investigated and that today it involves new arrests”. In this sense, the CUP and Solidarity Alert denounce that if the cut had not been carried out in the framework of “the fight for independence” no judicial procedure would have been opened.

FEC: 1.8 billion DH loan commitment in the first half

WhatsApp: you can now listen to an audio message before sending it