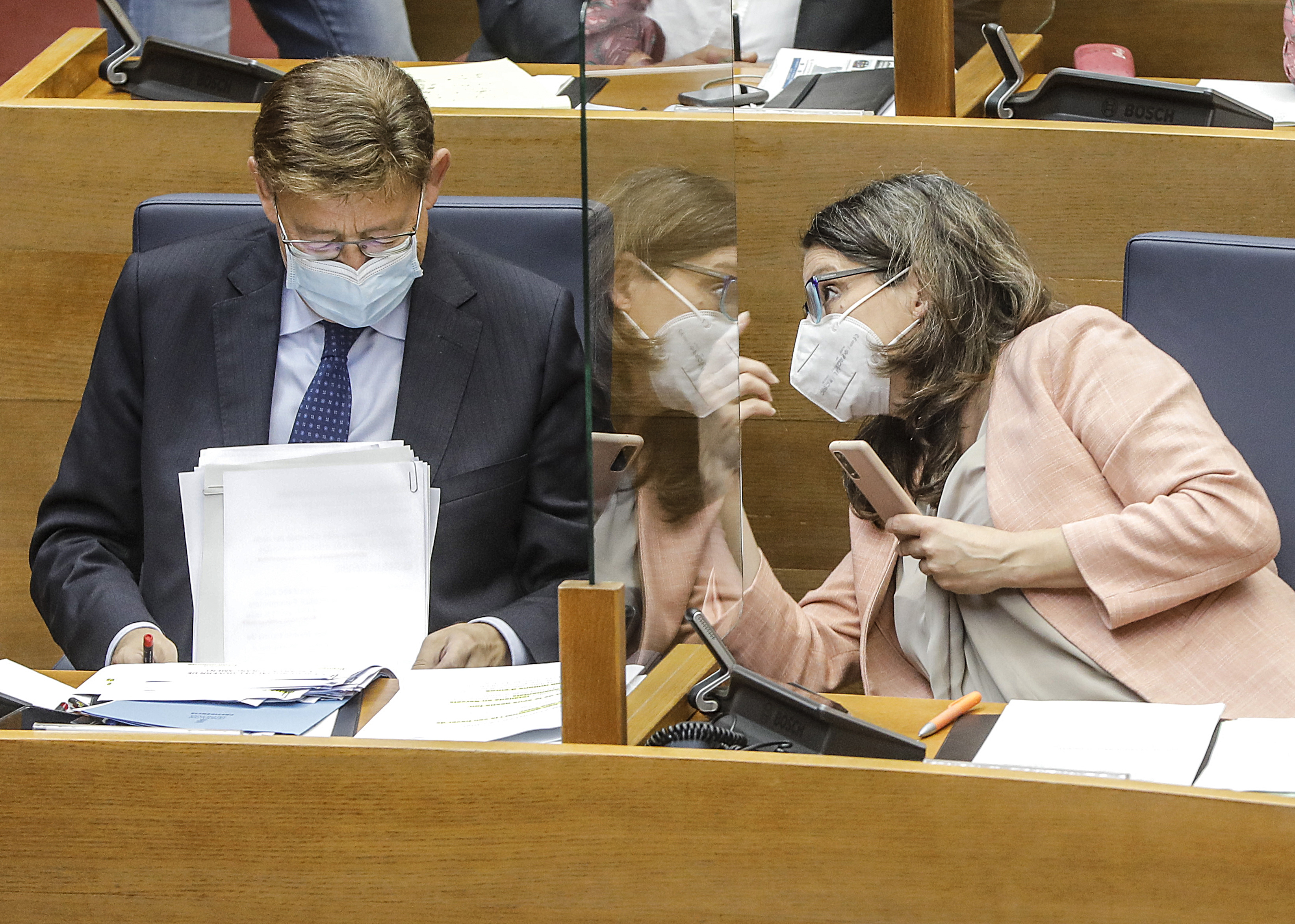 The alarms have gone off at the Botànic. The latest actions of the judge instructing the process against 13 charges and officials of the Department of Mónica Oltra for allegedly covering up the sexual abuse suffered in a center by a minor under guardianship at the hands of an educator, ex-husband of the vice president, have sown many doubts in the two partner parties of Compromís on the future of the vice president.

On Friday, the judge charged another 5 people in charge of the Oltra department -among them a general director- and raised the number of people investigated to 13. On Tuesday, the magistrate asked to know the controversial statements that the Valencian president had made the day before, in which he assumed in the first person the commission of the report made by her department to, according to Oltra, know what had happened.

For the judge, “whether you want to admit it or not, an investigation was launched parallel to the one that was being followed, already at that time, by the Investigating Court number 12 of Valencia and the reason for such actions must be clarified.”

These two pronouncements have increased the concern within the Botànic. In fact, nobody dares to rule out that, after the cascade of accusations, the judge, when the investigation is more advanced, ask Oltra for explanations. In this case, given that the vice president is appraised, the case would go to the TSJ. Thus, there are already those who calculate how long this process could take, taking into account that there is little more than a year left for the regional elections.

Although the sentence is unlikely, it is not ruled out that Oltra could be charged

And although it is difficult for the Ministry and its highest representative to end up convicted – “we have to see what crime can be charged” – the possibility of being summoned to appear is not seen now as such a distant possibility. A circumstance that would make Oltra’s position very difficult, which set the bar very high when it was opposition.

Members of President Ximo Puig’s team also reasoned yesterday about their “deep concern” at the instruction that is being followed against Mónica Oltra’s department. And it was recognized that if the judge sends a request to the TSJ for her to be questioned, the political scenario would be complicated for her and for the Valencian executive.

These sources recognized that the case is giving ammunition to the opposition, and that its impact has already exceeded the borders of the Valencian Community. The vice president is still trusted, but it is feared that justice, as has happened in the past, will end up determining the political times in the Valencian ecosystem.

In the Presidency of the Generalitat, it is worrying that justice conditions the times of the Botànic policy

In addition, it is seen as a mistake that Mónica Oltra spoke on Monday in the terms in which she did, since they value that “she gave the impression that she was challenging the judge.” It is also assumed that now the opposition will increase the pressure on Ximo Puig so that he pronounces on the matter.

Yesterday, the PP trustee in Les Corts, María José Català, predicted that the process “is going to end badly” for Puig (for not stopping it) and for Oltra. In fact, despite closing ranks with the vice president and defending her management, when asked about a possible summons from Oltra, the Compromís trustee, Papi Robles, replied that he did not know what could happen.

The truth is that concern is growing. Neither in the PSPV nor in Unides Podem do they understand the phrase that Oltra launched on Monday when he verbalized that they would leave the officials alone and that they go for her, that she was not hiding. Although the purple ones trust in the capacity of resistance demonstrated by Oltra for years – “others in the same situation would have left him” – and they trust that he can continue in the political front line for four more years, they do not hide that this case is taking its toll. “This is going to have political consequences,” assured a coalition leader.

An analysis that they share in the PSPV that they recognize “the logical personal wear” before an opposition that “is not going to let go of the pledge.” They know that Oltra is key electorally for the Botànic and they wonder aloud how many deputies Compromís would get with another candidate with less potential.

In the PSPV they wonder with fear how many deputies Compromís without Oltra would achieve, they know that the vice president is key to re-editing the Botànic

However, there are also voices in Compromís who consider that the judicial investigation cannot go much further and that it is difficult for Oltra to be charged. They defend his innocence tooth and nail and believe that the judge is only covering his back by requiring all the evidence to avoid being accused of not wanting to investigate.

Thus, this case marks and contaminates the entire Valencian political agenda. At the same time, they see how it is this case that marks the political agenda. Yesterday, even in a parliamentary debate on stolen babies, the opposition presented an amendment – the same one that was presented the day before in Congress – so that cases of sexual abuse of minors would also be investigated. Likewise, also in Les Corts, a PNL of Citizens was debated to demand the dismissal of the vice president that the groups of the Botànic have already announced that they will reject in today’s vote.

And it is that everything revolves around the case derived from the conviction of the ex-husband of the vice president. In the control session for the president this Thursday, Ximo Puig, will have to answer three questions from the opposition on this issue. For this reason, they point out from the parliamentary groups, the positioning of the head of the Consell will be very important.

Twenty-five years after her death, Diana remains a sacred icon