Luis Petri: “Next year I want to present myself as a candidate for governor of Mendoza” 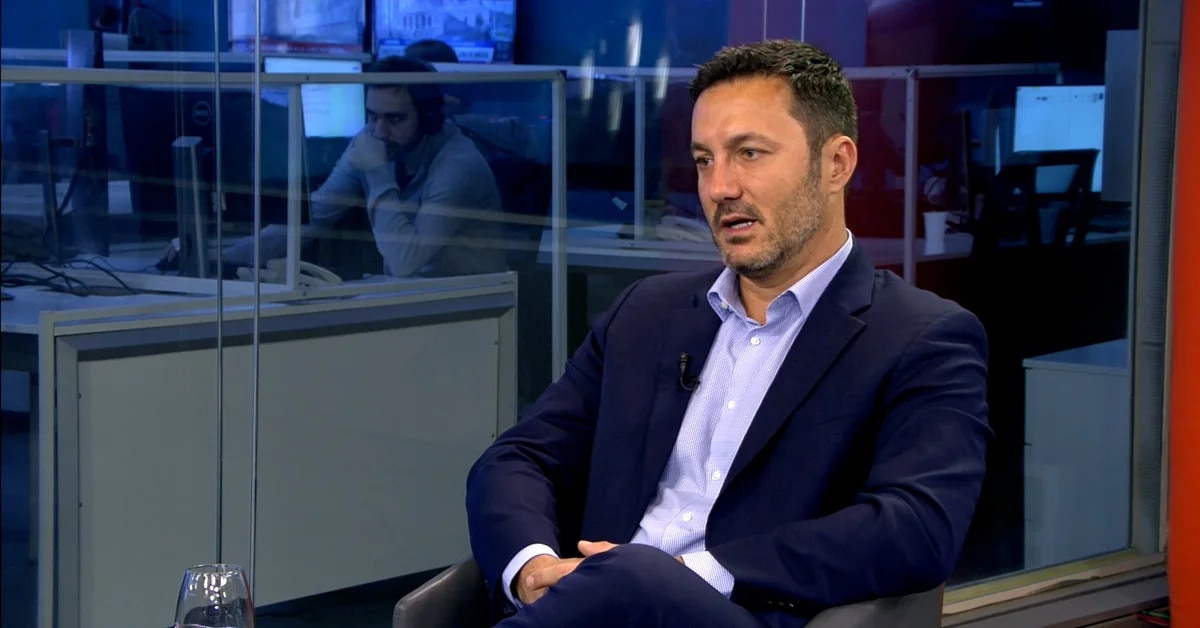 The former UCR national deputy is touring his state and is betting that he will present projects to help replace Rodolfo Suárez next year. In dialogue with Infobae, he analyzed Massa’s arrival in the Cabinet and the role of the opposition.

Former radical MP begins Mendoza’s candidacy for governor Luis Petri is determined to achieve his goal with tours of his home province and proposals to replace Rodolfo Suárez next year. in an interview with information analyzed his arrival. Serj Massa He joined the Alberto Fernández Cabinet and defended the role of Together for Change during the political, economic and social crisis faced by the All-Front Government. “The opposition prevented the country from defaulting,” he said.

According to Petri, Massa’s arrival in the Cabinet represented President Alberto Fernández’s “transition of command, a kind of displacement”, and he insisted that the Government should present “a monetary stabilization plan”. “If we want to create jobs, they need to stop suffocating employment, investment and job-producing sectors,” he said.

— What role do you think Massa will play in the government?

— Massa is presented as a super minister, but because of the gestures, there seems to be some sort of transfer of command, some sort of de facto displacement of the President of the Nation, from what we’ve seen in the House of Representatives and where is Massa. will replace some kind of omnipotent Prime Minister and where Alberto Fernandez they would have created early retirement. During the quarantine and pandemic, the Olivos Presidential Palace has become an event hall and now appears to have been converted into a nursing home for the President of the Nation. The figure of the president has been blurred into a minor role, with some talking about a presidential role within the parliamentary system.

Beyond our doubts because of what happened to intern Guzmán, what happened to tourist Batakis, we want Massa to succeed as Minister of Economy. This year’s inflation is estimated at 90%, unemployment is rising, plans are growing, public spending is rising and the monetary base is growing. Only 25% of the monetary base was minted in June. What we want to see is whether there really is a monetary stabilization plan, or whether there is still a patch to reach elections that has been in practice since Alberto Fernández took office.

Sergio Massa sworn in as Minister of Economy (Luciano Gonzalez)

– Do you think there can be an agreement between Sergio Massa and the field on the disposal of soybeans?

— They started off badly if they wanted to deal with the field because they merged the Ministries of Production, Economy, Agriculture and one of the demands from the field at the opening of La Rural on Saturday was that they keep their Ministerial status. The Deputy of Agriculture and the first thing they do is to demote him to the undersecretariat.. But they do not do the same with the Ministry of Women, for example. .

The area creates one million indirect jobs and generates the foreign exchange the country needs, with a State and Government that directs all its policy to try to liquidate the exports at very low cost to the producers. Producers reject this usurpist system and I would say almost confiscated because the truth is that the income generated by the Government through withholding and other taxes is practically confiscated in relation to what the field produces in the Argentine Republic.

— What is the role of the opposition in this economic and political crisis environment? Do you see the faults the ruling coalition has?

— First, the opposition prevented the country from defaulting, because if it were for Kirchnerism, they would have voted against the agreement with the IMF, and the consequences today would be dire. Second, the opposition put a brake on this and told the government, “No more taxes in the Argentine Republic,” which seems transcendent to me because if we want to produce, if we want to create jobs, it should stop strangling the country. sectors that create employment, create investment and create employment. Thirdly, and fundamentally, it prevented the Government from taking the Justice by storm, which had already ensured the independence of the Judiciary.

—What do you think about the mentioned cross formulas between PRO and UCR for next year?

— I think those who want to compete should compete, those who are better positioned. The truth is, there is a great tool, PASO, and this rule allows nominations to be decided in a very transparent and even very participatory process. Here, people are choosing, and the great thing is, Citizens will be able to define who should lead this project in 2023 with their votes that they can participate in the Together for Change internship. After that, anyone can join.

– Do you see a radical president?

– Why? There’s a lot of time left. Both Radical Civic Union leaders and PRO leaders have a large plural offering. Horacio Rodríguez Larreta, Patricia Bullrich, Facundo Manes, Gerardo Morales, Alfredo Cornejo. Today, there are many alternatives in the space that I clearly think will be simplified when the time comes. .

– Do you think that Together for Change will come together by 2023? Taking into account some of the doubts that arose when talking about the inclusion of Javier Milei.

— I think unity was given priority because we all know what happened in 2011 with an atomized, fragmented stance. We have learned from experience and we all know that space needs attention, and I believe that there is no room for doubt. Yes, what is questionable is whether you extend it to other political expressions, which is different. This makes him nervous, but it is normal that there are discussions and debates when spaces are expanded or other figures are sought to integrate it, but these discussions and debates have always taken place within the framework of the priorities of the society. Unity for Change.

– Do you have any goals for the next year?

— I am visiting the province of Mendoza. I love science, I have lived in Mendoza all my life and I visit it. It seems to me that it’s time to listen to the people of Mendoza, there is so much suffering, so much despair, and anyone who wants to rule their state has to live and listen to it all the way through. What are the problems? I will also submit proposals next year and I’m working on it, putting all my energy into it. I’m excited by the prospect that I’ve been given to tour Mendoza and present myself as a possible candidate for governor next year, and possibly become governor of the state if the people of Mendoza elect me. .

– Do you think there could be a deal with the good Alfredo Cornejo and Rodolfo Suárez?

– Of course. I worked a lot with Alfredo, we were even backup partners. We are working very well and I think the doors are clearly open to dialogue and possibilities for agreement. That’s the whole point, and it seems to me that we’re going to work on it, but I don’t think this is the time to talk about the nominations, but it’s time to talk about how we’re going to settle the issue. security, employment, inflation issues, of course, we must prepare because we must be prepared not only to win the election but to manage it in the context of the challenges and in an environment where you have to have a project and a vision. for province and country.

Are you buying your first home? Here’s what you need to know – NewsRaiser News from France and abroad

World-2022 in Qatar: Sepp Blatter heard as a witness in Zurich