Australian Open: Kyrgios injures a child and offers him his racket in the middle of a match 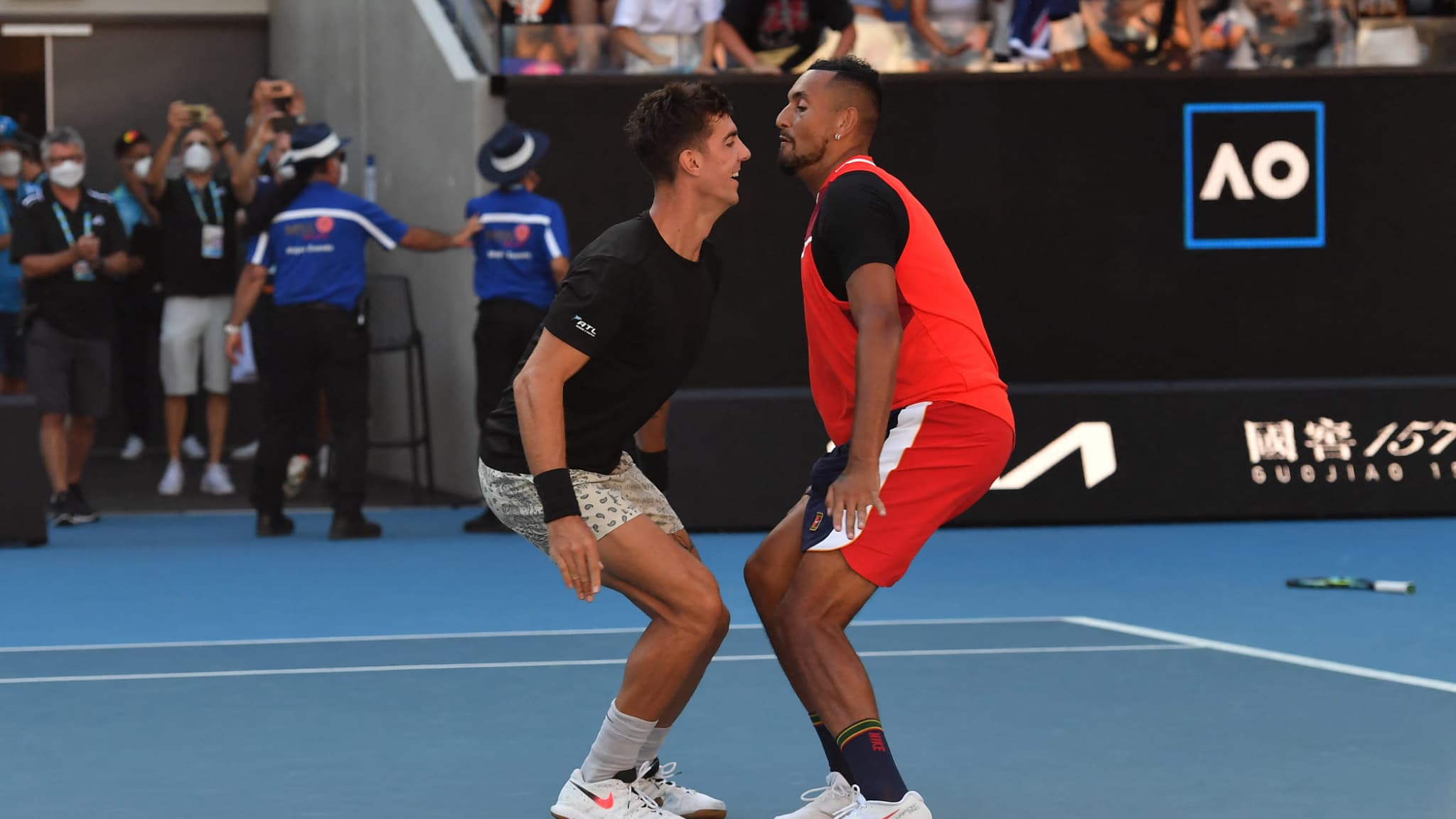 Wanting too much to show off during a doubles match at the Australian Open, Nick Kyrgios sent the ball to a child in the stands. Sorry, the Australian player then gave him a racket as a consolation gift.

Along with compatriot and friend Thanasi Kokkinakis, Nick Kyrgios is untenable during the Australian Open doubles tournament. The two men ignite the courts of Melbourne until arousing the disgust of some of their opponents. They were strong again on Tuesday in their quarter-final against the pair of German Tom Puetz and New Zealander Michael Venus. To the point of making a collateral victim of their overexcited state of mind.

After a service announced ‘let’ by the referee, Nick Kyrgios had fun sending a violent smash into the opposing side of the field, while the game was stopped. This amused the audience at the Kia Arena, minus a young spectator who received the stray bullet in the face. In tears, the child appeared inconsolable. What cause some embarrassment to Kyrgios, who apologized before finding a way to fix his mistake a little.

The Australian ran to his bench to grab one of his many racquets which he handed to the child. The latter immediately found a smile and the gesture provoked the clamor of the public. The spectators will still be able to vibrate since the Kokkinakis-Kyrgios duo finally won in three sets (7-5, 3-6, 6-3). They now have an appointment against the seeded number 3, the Spaniard Marcel Granollers and the Argentinian Horacio Zeballos.

The two men benefit from an invitation in this painting where they shine in a rather unexpected way. Friday, they had offered the scalp of the best doublet in the world by beating the Croatians Nikola Mektic and Mate Pavic. “There is a filthy pair in this tournament that you have to beat and, unfortunately, we failed,” complained Mektic after the match.

Energy insecurity is here to stay

Netflix: a docuseries on the biggest Bitcoin heist in history is coming