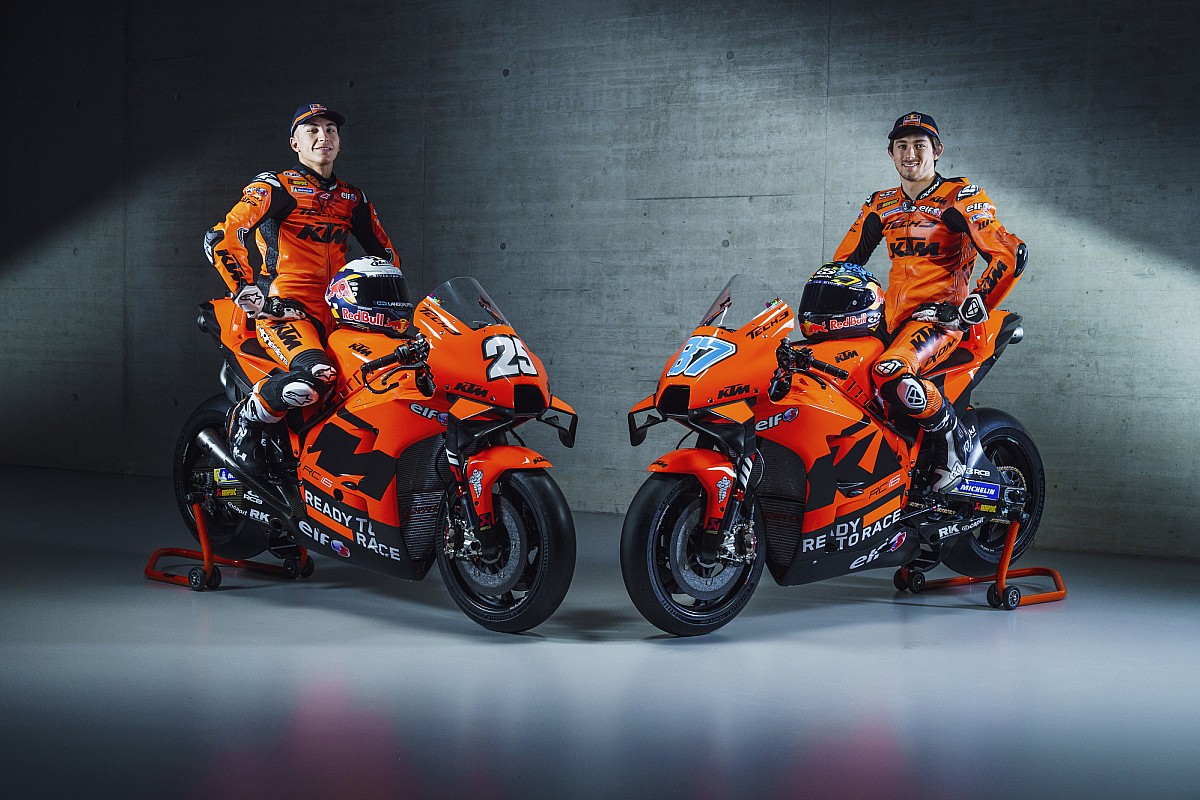 A rider was regularly at the heart of discussions this week, from the presentation of the RNF team on Monday to that of KTM on Thursday. Raúl Fernández, rookie this season in MotoGP, is indeed one of the most observed nuggets in the new generation. At 21, the Madrid native has only three full seasons in Grand Prix to his credit, but already ten victories and a superb fight for the title led last year for his only season in the Moto2 category.

Very courted, he was promoted by KTM, with whom he was under contract, and will therefore make the leap into the Tech3 team, but his name has regularly been mentioned in Razlan Razali’s team. The Malaysian, boss of the RNF team, could not escape questions on the subject on Monday. He kicked into touch, contenting himself with evoking the philosophy of his team, that “to help two young Yamaha riders develop into potential World Champions”, and ensuring “not yet [avoir] talked about pilots beyond this year”.

Pit Beirer, boss of KTM Motorsport, knows that he has a rising star and that he will have to ensure that the young Spanish driver is calm. It was not convincing when it was formalized at Tech3, and it was not the case at the end of last season, when the title returned to Remy Gardner after the duel between the two Ajo pilots. KTM in Moto2. Raúl Fernández had gone on to suggest that his teammate had been favored by his team.

“When two pilots aim for the same objective, there is friction”, concedes Pit Beirer. “It’s something that as a group we had to learn in many disciplines. If you have champions and they want to win, they go far. In the end, they also try to take the team from their side. We, as a constructor or as a team, and especially on Aki Ajo’s side, we just try to treat these boys as if they were our children and in the end they have to fight on the track.”

Raúl is a nice guy, but he is very emotional and it is our job to convince him that he is currently in the best place for him to stay with us.

“I think the best thing to do at that time was not to comment on anything and let things calm down a bit,” adds the German official about the controversy that followed the Spaniard’s accusations. “Guys put themselves under a lot of stress and when you win the championship one of the guys is super happy because he just won it but the other guy just lost it.”

“He was not happy at that time, that’s for sure, but I can confirm that everything is fine. We spent this week in Austria and everyone was sitting around the same table, the four drivers and the management. I don’t think there will be any talking points. But of course they will again share the same goal, each of them will want to be the best, so we’ll see what the future brings .”

“There were a lot of discussions with Raúl”, adds Pit Beirer. “He’s very young and he grew very quickly on the track, without growing… As youngsters, they don’t have the opportunity to follow normal development, like other youngsters. Every time they take their helmet off, he there is a camera, there is a microphone, there are a lot of people asking them questions. […] They say something and it makes headlines. Raúl is a nice guy, but he is very emotional and it is our job to convince him that he is currently in the best place for him to stay with us.”

Bad news for 700 workers in Seraing: Liberty Steel will not help its subsidiary in Belgium