Claudio Bravo avoids the debacle of Betis in the Europa League 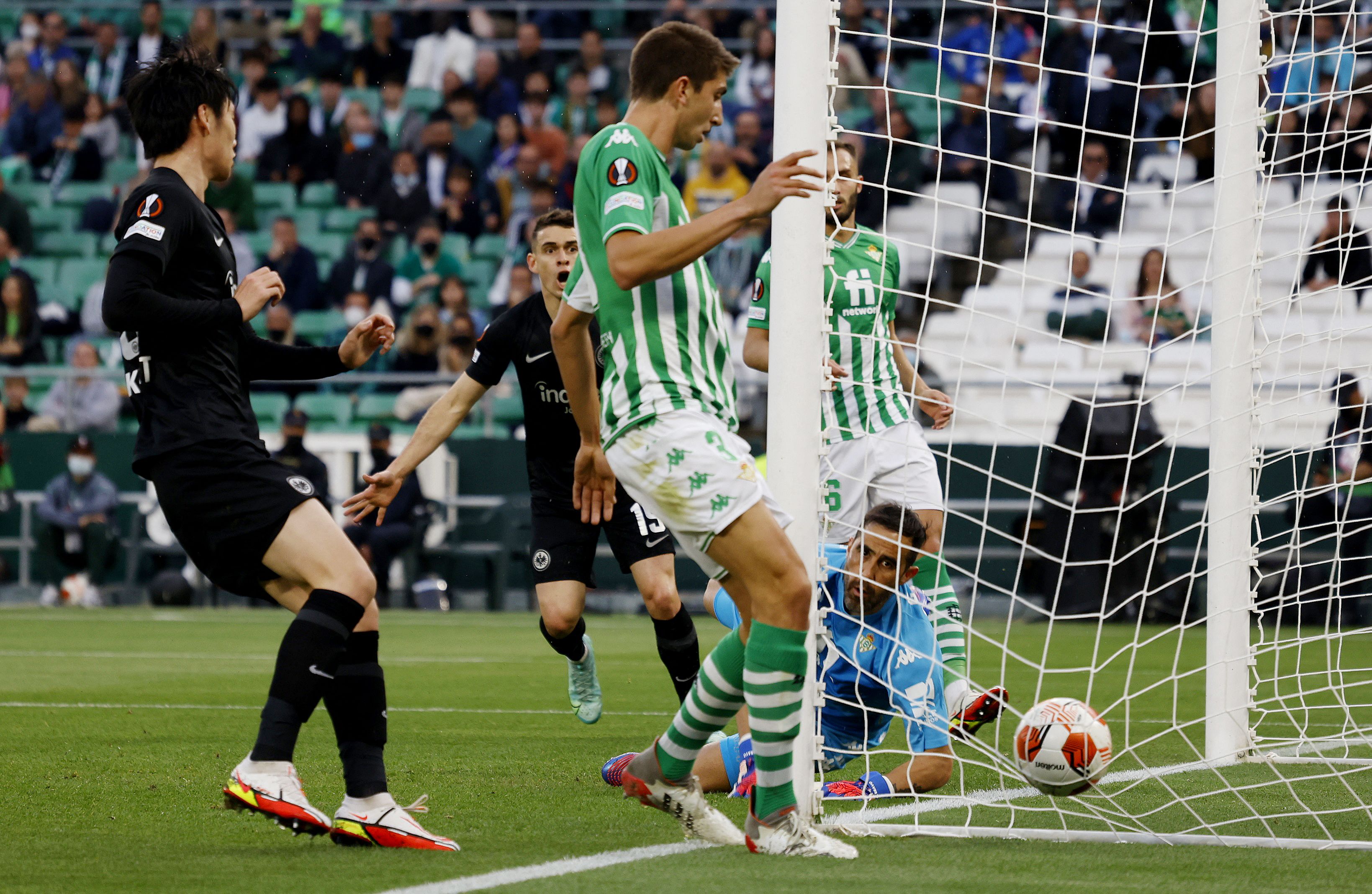 A goal from Kostic and another from Kamada put Betis on the ropes in the Europa League. In the match corresponding to the first leg of the round of 16, played at the Benito Villamarín, the Andalusian team fell to the Germans 1-2 and the round pass is complicated. Even so, the superb performance of Claudio Bravo, who prevented four goals, left the Betis alive.

From villain to hero

Bravo ate Kostic’s shot at 0-1, but ended up being the team’s hero saving four goals

The 0-1 came in a play that seemed harmless (14m), when the Betis defense was waiting for a cross. Filip Kostic received a heel in the left corner of the large area, with his left foot he launched a lobbed ball that slipped through the far corner, making Claudio Bravo’s stretch impossible, who ate the shot.

Betis responded with anger and the draw was not long in coming. After 30 minutes, the Verdiblanco team launched a quick counterattack from the right. Canales served for Fekir, who went inside, armed the shot and adjusted the left post with precision and power: 1-1. It was the Frenchman’s second goal in European competition.

Far from placating the Germans and imposing their game, Pellegrini’s team was surprised by Eintracht’s reply two minutes later (32m). An error in the play of the ball by Edgar González, who delivered poorly, was picked up by Sow who served Lindström. The Danish, very fast, saved Edgar’s entry, entered the kitchen and crossed to the penalty spot, where Kamada, only scoring, only had to push on goal: 1-2.

Canales tried to equalize with a shot from outside the area adjusted to the right post that went by a few centimeters (45m).

The second half started with a controversial penalty from Ruibal for a handball (50m). Lindström cuts into the baseline, the defender falls, puts his hand on the ground and cuts off the striker’s advance. Penalty. Debatable, but penalty. Santos Borré launched, very badly, to the center, with the interior, and Claudio Bravo read his intention and stopped.

The Chilean goalkeeper again saved the 1-3 in a one-on-one with Santos Borré, who sent the ball against the dummy when he was face to face with the goal (65m).

And again he avoided another goal that seemed sung to Borré, in a point-blank shot, after another loss by Edgar González at the start and recovery and quick delivery by Kamada. The shot with violence was rejected by Bravo with great reflexes (67m).

In added time (92m), Bravo still saved a fourth goal, against Kostic, in a powerful shot by the Serb on a counterattack, which he took with one hand.