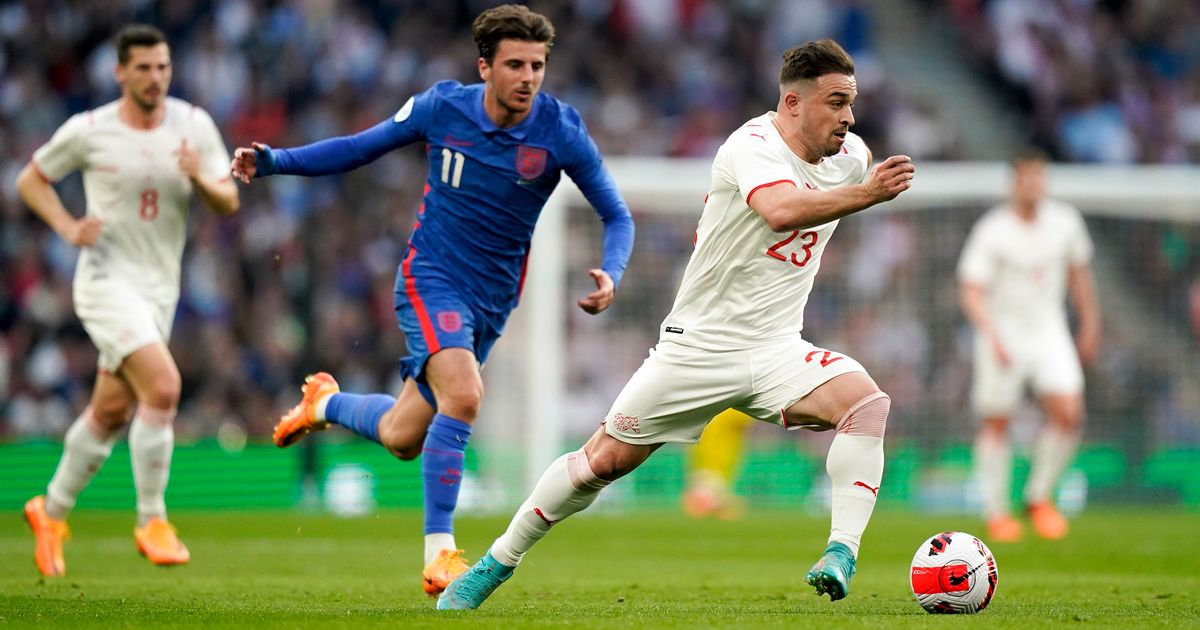 Coming out of their 2-1 loss to England, Xherdan Shaqiri drew attention to minor mistakes that cost Switzerland dearly. But all internationals want to continue.

Breel Embolo (on RTS’ mic): “We started very well, it was important. We were in control of the game, we had a chance when we were free after the first 5 minutes when we were a little nervous. Our first half was great. Knowing the quality of Golde Shaqiri’s left foot, I called her and it worked perfectly… Then from the hour mark we started to be very passive, we let them come in too much. We will have to analyze this defeat.“

Xherdan Shaqiri (on the RTS microphone): “This defeat disappointed me because we deserved better. We really had a chance to win this game. Unfortunately, we made a few unforgivable little mistakes against a great team.“

Kevin Mbabu (on the RTS microphone): “It was complicated for me to enter this game without warming up. (Injured instead of Widmer in half hour). I gave everything but lost in the small details. Now we’ll have to move forward. However, I believe we played a very good match with good game phases, unfortunately we weren’t dangerous enough.“

Fabian Frei (on RTS microphone): “We were really good in the game until 1-1, we were defending very well. Losing the friendly match does not change the confidence we have built recently because we showed great things again today. In the 1-1 action” , I tried to play with Granit but my pass was not good. It’s possible. Next time I’m going to shoot in the stands… I take responsibility for this mistake Like I said, now we have to move on. .“

Murat Yak (on RTS microphone): “We played aggressively in the first half, it was interesting. Unfortunately, our individual mistakes have enlivened England. We made gifts… I also feel sorry for the opportunities we missed. But we knew we couldn’t dominate a team like England for 90 minutes. However, I am proud of my team’s performance even though defeats always hurt.“