Edinson Cavani was one step away from being a Boca Juniors player: what details are left to define the pass? 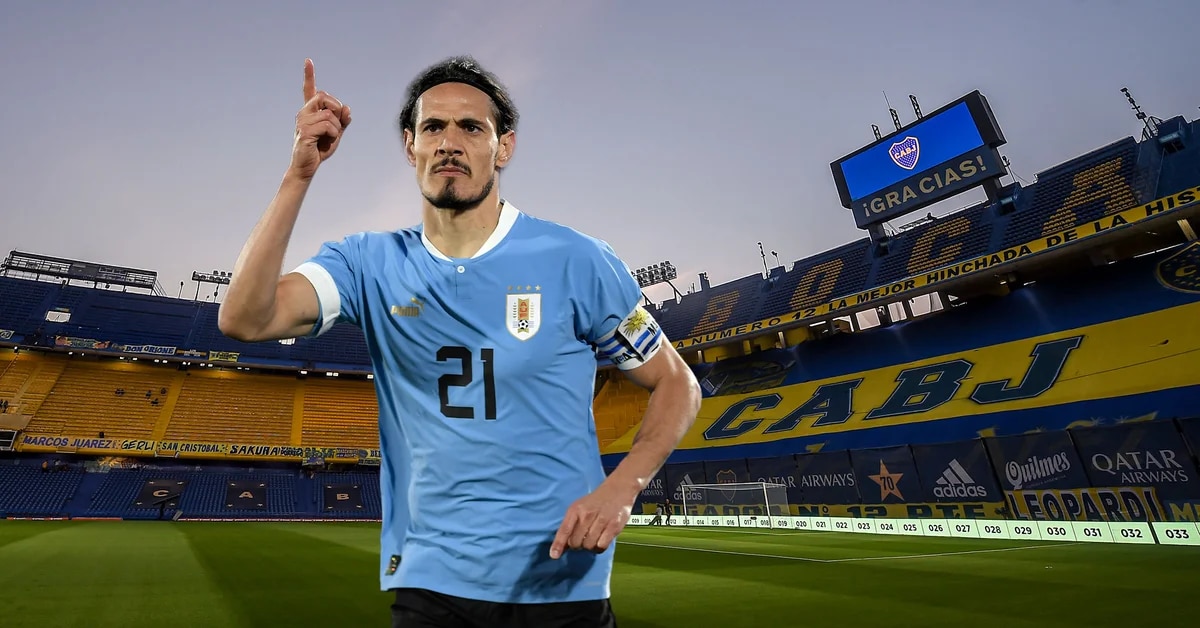 The Uruguayan striker could decide to join the team led by Hugo Ibarra and fulfill his dream of playing for Xeneize.

Cavani one step away from Boca Juniors

These are decisive hours for South American football. in the next few hours Edinson Cavani’s arrival at Boca Juniors could be official It will be one of the most important passes in the history of Argentina football.

35-year-old Uruguayan striker would agree to play Xeneize and now the negotiation steps will be on the side of the club where Juan Román Riquelme is. as the main face of football. What needs to be resolved in the next few hours will be the economic scenario with the proposal from the Ribera club.

The intention of Riquelme and the Football Council is not only that Cavani will participate until the start of the World Cup in Qatar, which will begin on 21 November, but the main idea is that the former Manchester United forward will continue to play in the Copa in 2023. Libertadores and the rest of the competitions in blue and gold shirts.

There is an important fact in the negotiations: The transfer window in the country will end next Monday, August 8, at 20:00. . Therefore, the agreement between both parties should be against the clock. It is important to note that Cavani’s intention is to continue playing in Europe, where the transfer window will remain open until the 31st of this month. The inconclusiveness of Villarreal’s bid would lead the Uruguayan forward to decide on Xeneize to ensure the desired football continuity for the World Cup, and the manager of the Uruguay national team, diego alonso I would ask.

Beyond an offer Ed From the German Borussia Dortmund, which the striker will refuse because he and the rest of his family do not want to go to a country that is difficult to adapt to, Yellow Submarine The Spanish team were by far the most reliable as they were led by Emery, with whom he spent time at PSG. Beyond this scenario, the Iberian team needs to sell at least one player to secure the arrival of Cavani. fair play monetary.

Since the vice president of Xeneize has been in contact with the Uruguayan since last year, the agreement between the parties would have been defined long ago. One of the issues that concerned Boca Juniors was the duration of their relationship with the asset as Xeneize is no longer participating in the Copa Libertadores. However, according to information from the other side of the Río de la Plata, The forward would arrive for a year and a half to play for the team that Ibarra manages today until December of next year. .

The defining hours are coming to find out if one of the novels of the Argentine and South American rust market will have a happy ending for Boca Juniors fans. Will Cavani wear blue and yellow? This Saturday, the team will receive Platense for the 12th day of the Professional League tournament, and it’s possible that Bombonera is already starting to name the Uruguayan who dreams of wearing the same jacket as his idol. Butter Martinez.

M’Gladbach led 6-0 at the break by Freiburg, a Bundesliga record!