Irrelevant draw on a day of goodbyes 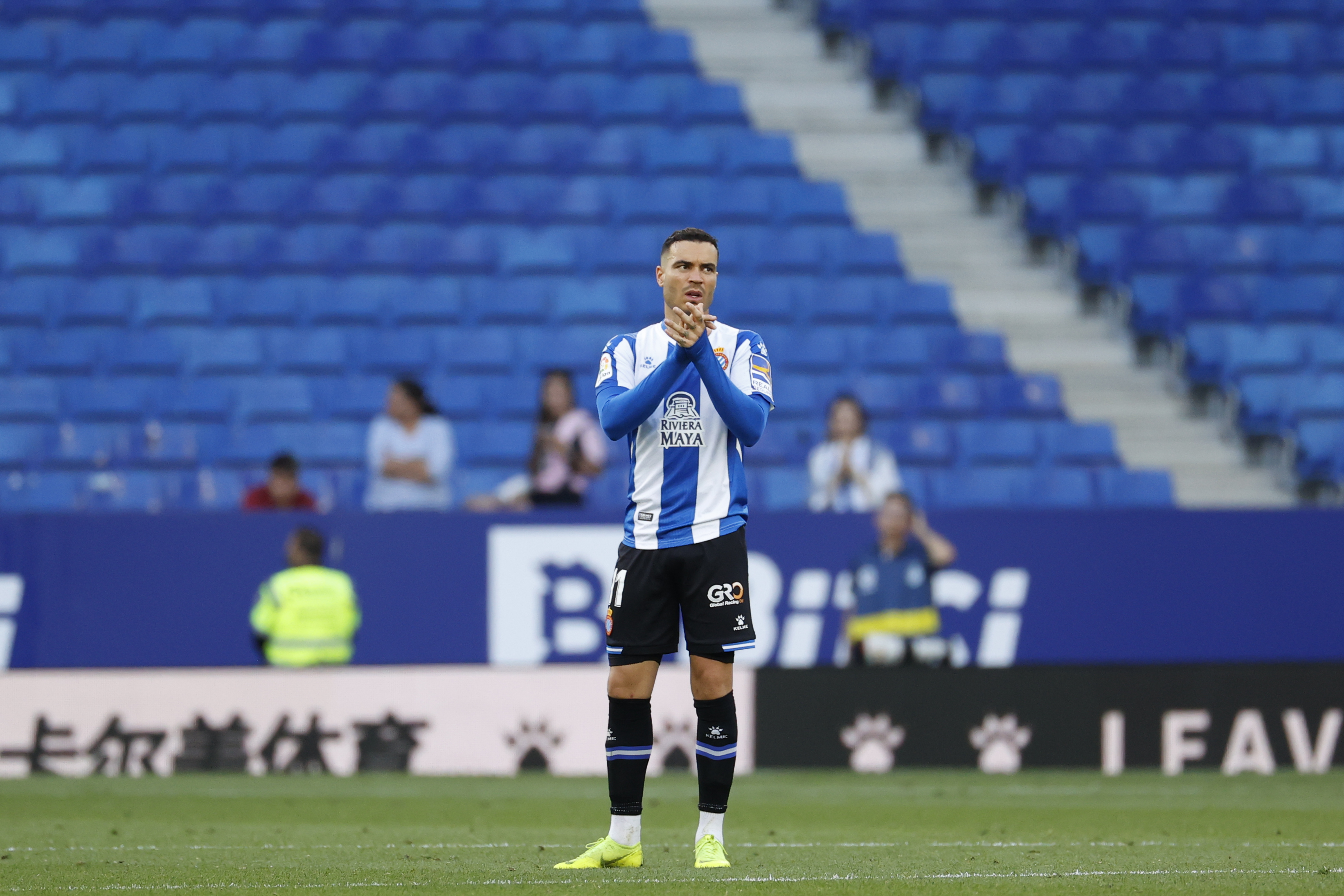 With nothing at stake but honor, Espanyol and Valencia tied in a very low-intensity match in which neither of them deserved all three points. The visitors carried the weight of the game from the start and were able to get ahead on the scoreboard thanks to a goal from Maxi Gómez (minuot37). As a result of the goal, those coached by Luis Blanco, substitute for Vicente Moreno on the bench, were more offensive. Puado managed to score but the VAR annulled it for offside. But the second time was the charm and De Tomás scored his seventeenth goal of the season, which brings him closer to the Zarra award, just before the break. The Madrid striker will not play in Granada after seeing the fifth yellow card. The match served for Melendo and David López to receive a standing ovation in what may have been their last match in the blue and white shirt and to see the debut of the young midfielder Dani Villahermosa. Despite the poor image of this last duel, Espanyol closes the course in Cornellà with very good numbers, having achieved nine wins, six draws and four losses.

Espanyol have a lot of work ahead of them to reconnect with their fans. To rebuild a relationship that accumulates too many disappointments in a short space of time. The revolution proposed by Chen this week, with which it has not served for the moment to pacify the situation and in the last League match in Cornellà, a good part of the few fans present, attended by 15,000 people, decided to turn their backs on the team. A kind of return to pandemic football in which the silence was thunderous.

La Curva did it with an animation strike considering that the players have not lived up to the shield: “We are not going to start any chant in support of the team. You don’t deserve it,” they said in a statement. The Peña Juvenil 1991 also protested with a demonstration before the match to the club’s offices and although the intention was to enter after 12 minutes, the majority decided not to do so. Finally, the usual banners of La Curva and Grada Canito were hung upside down as a sign of protest. All these absences and protests led to a deathly silence throughout the match, only interrupted by the celebration of De Tomás’ goal before the break and by whistles at the team’s game in certain phases of the match.

Silence in the stands and silence also in the field. It was a day of welcomes, Luis Blanco made his debut on the interim bench, and also of farewells. Many players end their contracts such as Diego López, Dídac, Mérida, Oier, Melendo, applauded after being substituted in what could have been his last game with the perica shirt after almost 20 years at the club. In addition, Yangel Herrera, Morlanes, Loren and Vilhena finished their assignments. The revolution must be important this summer. And it was also very revealing that only one footballer decided to say goodbye in public to Vicente Moreno after two years with him at the controls. Not even De Tomás, who days before spoke of the magnificent relationship they had “for years” after the hitch at the Bernabeu, wanted to speak out after seeing how the coach was run over by events. The man from Madrid sent two messages on the pitch. The first was to cause the fifth yellow card with a protest to the referee on the brink of rest to be removed from the trip to Granada on the last day. The second was scoring his seventeenth goal of the season, with which he equals Iago Aspas and Vinicius Junior.

Sergi Darder was the only one who fired the promotion coach with honors with a message on his networks. “You have returned the club to its place,” he said about the collective. In addition, he assured that he was convinced that “with the passage of time, you will surely be valued and the difficulty and merit of the results obtained will be recognized.” “Personally, you reached out to help me when I was at my worst, you understood and cared about my situation, and thanks to you I have regained hope and surely my best level since I became a professional”, he acknowledged.