Challenge Cup: Turon achieves a feat against Saracens and joins Lyon in the final 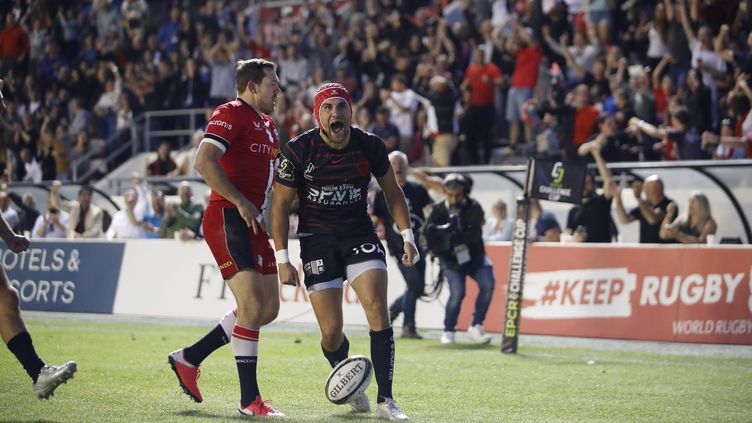 After the success of Lyon and Toulon on Saturday, the Challenge Cup will be the 100% French final.

What a performance! Turone did not necessarily begin to like the Saracens who ranked Britain’s international Owen Farrell and Maro Itoje on Saturday, May 14, but they managed to win and style (25-16). I won. The RCT was able to get London’s favorites by relying on Winger’s Gabin Villière, the author of two attempts at his den at Mayor Stadium.

In this way, Frank Azema players will join Lyone in the finals of the Challenge Cup. They defeated the bees early in the day. The duel will take place on May 27th at the Velodrome Stadium in Marseille.

Despite Gabin Villière’s (second) quick attempt, Turon, who lags behind the score for a significant part of the first period, was the author of many errors. However, they returned to the locker room in an advantage over their British opponent (15-13).

However, he had a completely different face in the second half. Much more disciplined, Varois took the game on their own. On every good shot, French international winger Gabin Villière recorded his second try (52nd) and continued the show after the break.

The third attempt at the RCT was scored by Jiuta Wainiqolo, three-quarters of the Fijian wing. He began to mystery the three defenders to score under the post. Thanks to the transformation of Louis Carbonel, RCT players were able to take a 9-point lead and withstand the British waves more gently.

They control everything up to the sirens, so they give them the finals. However, they must first fight in the league and qualify for the final stage of the Top 14.

Press review: 3rd dose for all, senior unemployment, Hitler salute,… the headlines of this Sunday