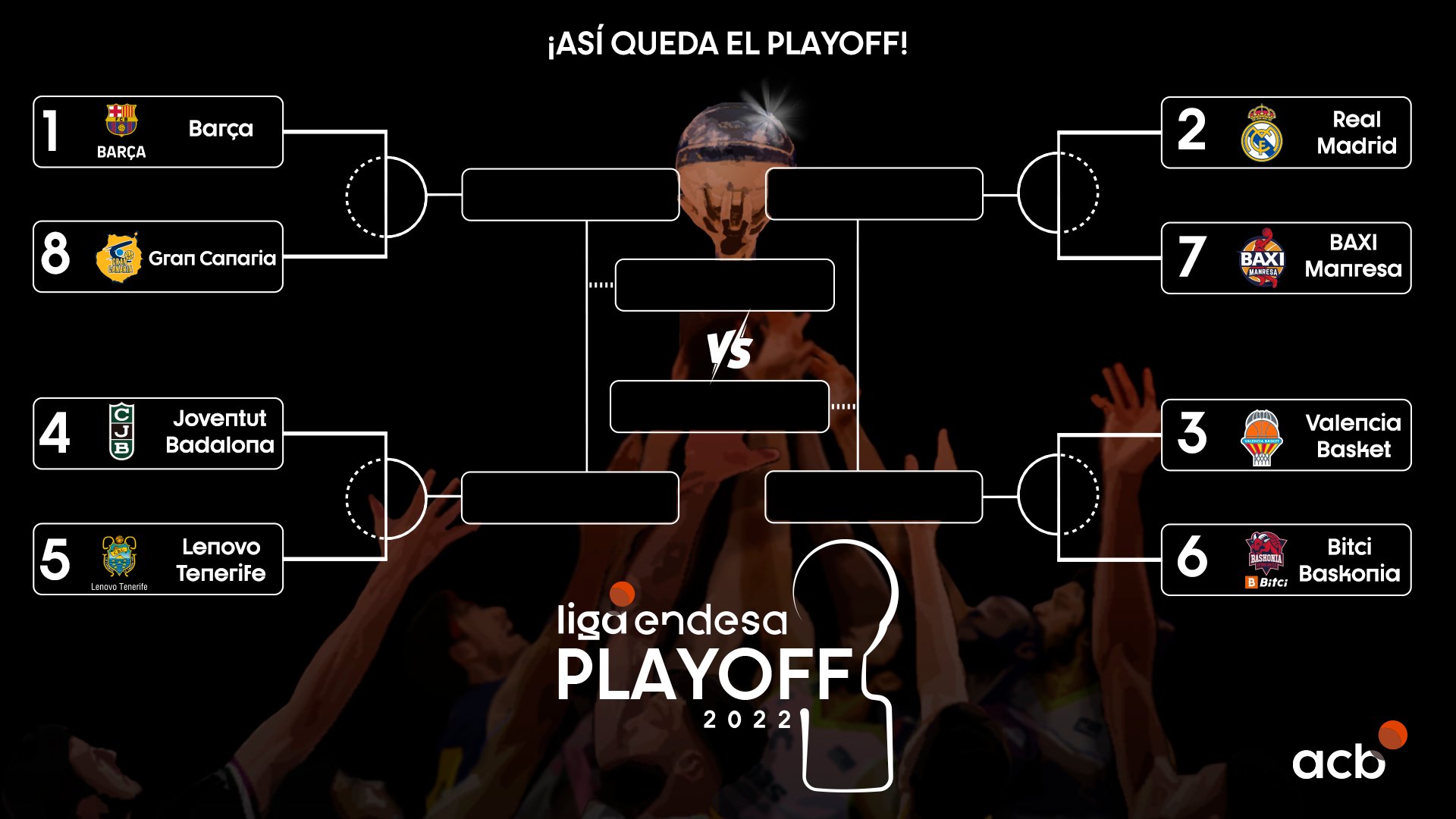 With only one playoff place to be shared, which ended up being Gran Canaria, the relegation drama captured all the attention on the last day of the Endesa League, which took place with a unified schedule for more emotional punishment of the fans involved. The night turned into a roller coaster that condemned MoraBanc Andorra and Hereda San Pablo Burgos to the LEB.

With first place assured and only waiting to find out their rival in the quarter-finals, which will be Gran Canaria, Barça took their match against Baxi Manresa as a small rehearsal for the final four -they travel to Belgrade on Tuesday- which was very successful especially in the second half, when Jasikevicius’s men found the lost success. Laprovittola, who scored 16 points in the third quarter alone (20 total), led the operations. Although beyond the victory, perhaps the best news was the recovery of Dante Exum, who was even a starter and will be able to play against Real Madrid in the Euroleague. The Whites will be precisely Baxi Manresa’s rival in the quarterfinals after the defeat at the Nou Congost.

For their part, in another duel full of drama, Joventut de Badalona showed their best side at the Fernando Buesa Arena, where they played a small final against Bitci Baskonia with home court advantage in the first round of the playoffs. A privilege that Carles Duran’s team earned, thanks again to the leadership of Ante Tomic and Pau Ribas, managed the match seriously. After his great season it would have been very unfair if the black-and-white had not obtained at least this award.

The last team to get into the playoffs was Gran Canaria despite losing on their track against Real Madrid. It was an almost heartbreaking ticket as it didn’t come until the end of the last match. Coosur Betis, who had nothing at stake, forced extra time against Surne Bilbao in Miribilla. Those from Mumbrú would have obtained that coveted eighth place with a victory but they were overwhelmed and signed a sad end to the course.

Although the real tears came in the lower zone, where the two relegation places still had no owner. San Pablo Burgos got a cross and fell to Urbas Fuenlabrada, certifying the tragedy just one year after winning a European title. The people of Madrid, on the other hand, took a weight off their shoulders and celebrated their salvation. MoraBanc Andorra also fell, which fell against Tenerife with a basket in the last second by Shermadini, a former member of the house. But there was no longer anything to do because the carom they needed had not been given.

The other side of the coin was Covirán Granada, which hours before celebrated its return to the ACB after securing first place in the LEB Oro.

KuCoin: $ 100 million investment in the Metaverse

Bayer returns to green in Q3