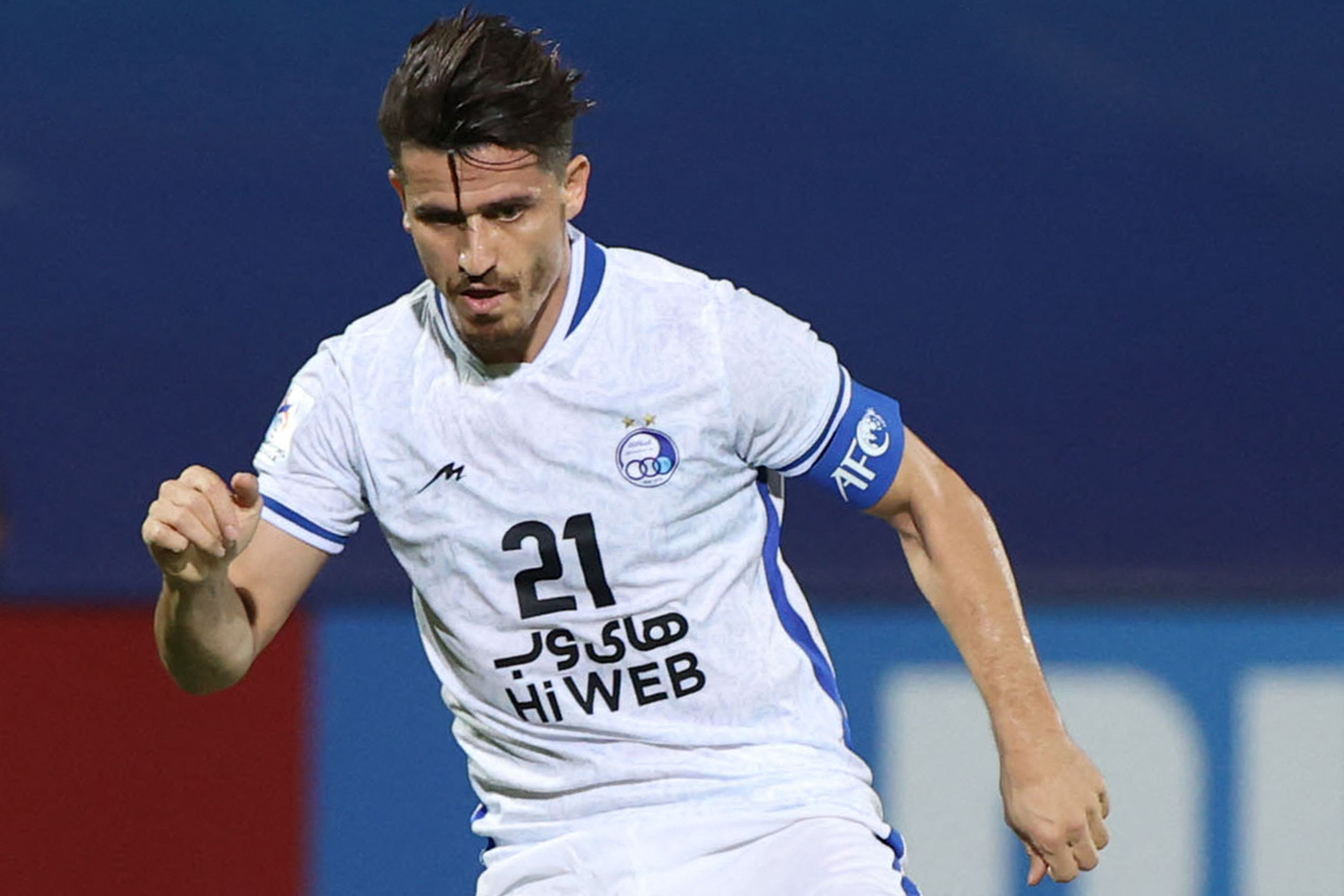 The Iranian soccer player Voria Ghafouri, very famous in his country, has been arrested for his support for the protests that are shaking the Persian country, amid international criticism for the police and judicial repression of the mobilizations.

“The Khouzestan Steel player has been arrested for insulting and undermining the national football team and for propaganda against the regime,” the Tasnim news agency, close to the Revolutionary Guard, reported on Thursday.

For his part, Tasnim did not offer any other details of the arrest of the former defender of the Iranian team.

Ghafouri, of Kurdish origin, has publicly supported the protests sparked by the death in September of Mahsa Amini, a native of Iranian Kurdistan.

The mobilizations began due to the death of the 22-year-old Kurdish girl, but they have evolved and now the protesters are calling for the end of the Islamic Republic founded by Ayatollah Ruholá Khomeini in 1979.

Soccer players have been one of the groups of celebrities who have most expressed their support for the protesters.

On Monday the footballers of the Iranian national team did not sing their country’s anthem before the Qatar 2022 World Cup match against England, which they lost 6-2.

In another high-profile case, former player Ali Daei announced that he had declined an invitation to come to Qatar as a show of solidarity with families who have lost loved ones.

But not only the footballers have supported the mobilizations in which at least 342 people have died, according to the NGO Iran Human Rights, based in Oslo.

Elnaz Rekabi, Hengameh Ghaziani and Katayoun Riahi, other personalities who have given support

That was the case of the climber Elnaz Rekabi, who competed in Seoul without a veil, perhaps the most notorious case of support by an athlete for the protests.

Also, last week, actresses Hengameh Ghaziani and Katayoun Riahi were arrested for removing their headscarves, leading to charges of “collusion with the intent to act against national security” and “propaganda against the state.”

Ghaziani posted a video on Instagram in which she appears defiantly without a veil and staring at the camera before turning around, showing her long hair and pulling back into a ponytail, a day after denouncing state repression.

The protests are being harshly repressed by the security forces, who have arrested some 15,000 people, of whom at least 2,000 have been accused of various crimes.

So far six of the defendants have been sentenced to death. The harshness of the police and judicial repression has provoked harsh international criticism, the latest today when the UN has called for an international investigation into it.

The UN rapporteur for Iran, Javaid Rehman, today called before the United Nations Human Rights Council for the creation of an international mechanism to investigate the death of Amini and the repression of subsequent protests.

Vingegaard does not win for hot flashes