Hide this glass that I cannot drink! 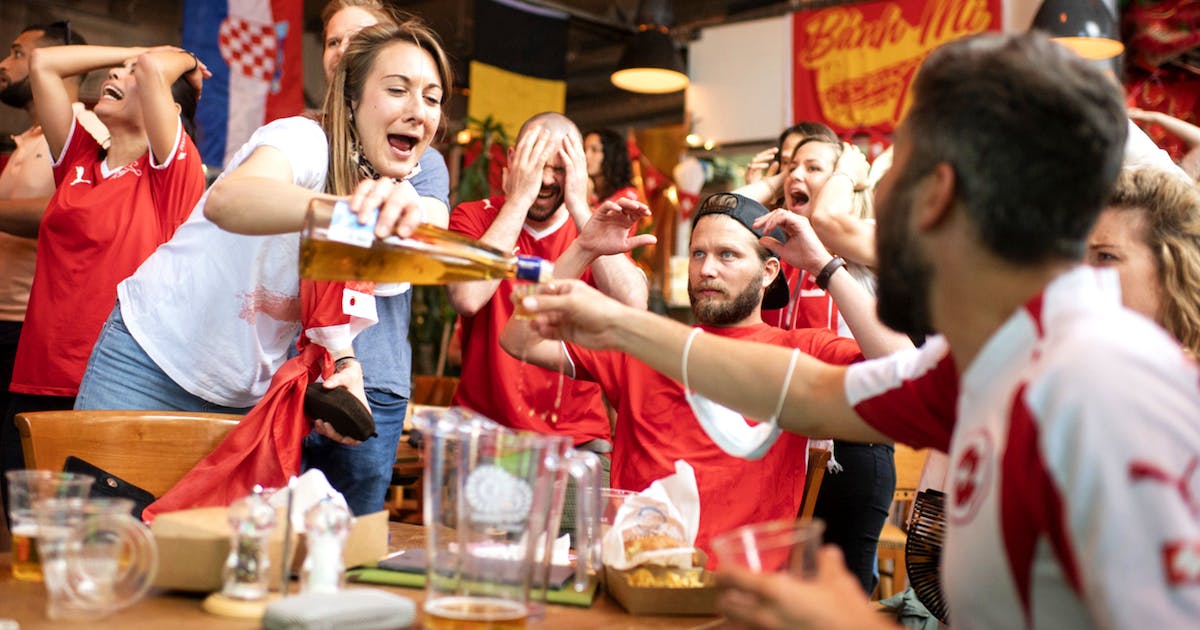 Cocktails over 20 euros, consumption prohibited outside, no bottles on arrival at the airport: visitors expected in Qatar for the World Cup in 2022 will have to do with local customs to quench their thirst.

One of the biggest sporting events on the planet is usually punctuated with drunken celebrations. But the big round ball mass will take place for the first time in a Muslim country, in this case in a conservative Gulf emirate, where access to alcoholic drinks is very restricted.

While the permits to buy alcohol are essentially reserved for residents, and the Duty Free on arrival at the airport does not contain any drop, tourists will have to fall back on the fan zones as well as a few bars. and restaurants mainly in large hotels. And the law punishes being drunk in the public square.

Answer to the expectations

Qatari organizers promise that alcohol will be “available in other places intended for supporters”. “We are working with FIFA and local players to ensure that we meet the expectations of all fans, local and tourists,” said a spokesperson.

During the 2019 Club World Cup, Qatar set up a fan zone of 45,000 people. Alcoholic drinks for less than 10 euros were offered there.

In 2011, Qatar largely liberalized access to alcohol in The Pearl district, which is supposed to attract a wealthy Western community. After complaints from Qataris and behavior deemed excessive, the authorities had tightened the screw.

Recently, restaurateurs were allowed to apply for the license again, but still face a taboo. Some are reluctant to use it or even talk about it publicly for fear of arousing repulsion from certain customers, authorities or their owners.

“I had to wait a year and a half for my license because no one wanted to sign the document. Many Qataris refuse to be associated with alcohol, ”says the manager of a restaurant at The Pearl with a view of yachts.

Last summer, she was finally able to serve alcohol under many conditions: no drinks on the terrace, no bottles on the tables. And wine glasses should be tinted. Despite these constraints and the criticisms of Qataris on social networks, she is delighted to have had her “best month in eight years”.

This restaurant enthusiast hopes the authorities will put wine in their water: “People will not understand that they have to be locked up to drink, when the weather is magnificent at this time of year in Qatar.”

Even five-star hotels, all of which are licensed, face their own constraints. In a hotel which is about to open its doors in the center of Doha, waiters are trained in a sports bar supposed to fill up with customers during the World Cup.

According to an official of this hotel, promotions intended to attract drinkers must redouble inventiveness to spare Qatari social taboos. “There are words that should be avoided. Instead of beer, we will say hops and grains; for wine, it will be grapes; for sparkling wine we prefer sparkling, ”explains the young woman.

“We have different packages for brunches, the most expensive including access to alcohol will be called an enhanced package to avoid bothering the Qataris who will read the menu,” she adds.

Qatar Tourism Authority chairman Akbar al-Baker assures us that “there will be as much alcohol as you want”, referring to FIFA on details of access to drinks. “We will make live (to the visitors) a unique experience of its kind”, he promises, without giving details.

For most observers, Qatar will be ready for the World Cup in terms of infrastructure and organization. But alongside new stadiums and renovated roads, the real challenge will be entertaining hundreds of thousands of tourists in a small country little known for its attractions and party spirit.

“In view of the experiences of the World Cups from 2006 to 2018, the spectators of the first round will attend a match every three or four days only. Visitors come first to have fun, ”explains an expert on sporting events in Qatar.

According to this specialist who requested anonymity, it seems to lack in Qatar “a true understanding of the expectations of the visitor”, accustomed elsewhere to tourist attractions and to alcohol freely.

Theory of Relativity – An Albert Einstein manuscript auctioned in Paris

Everything you need to know about the new Renault Austral before its presentation on March 8, 2022