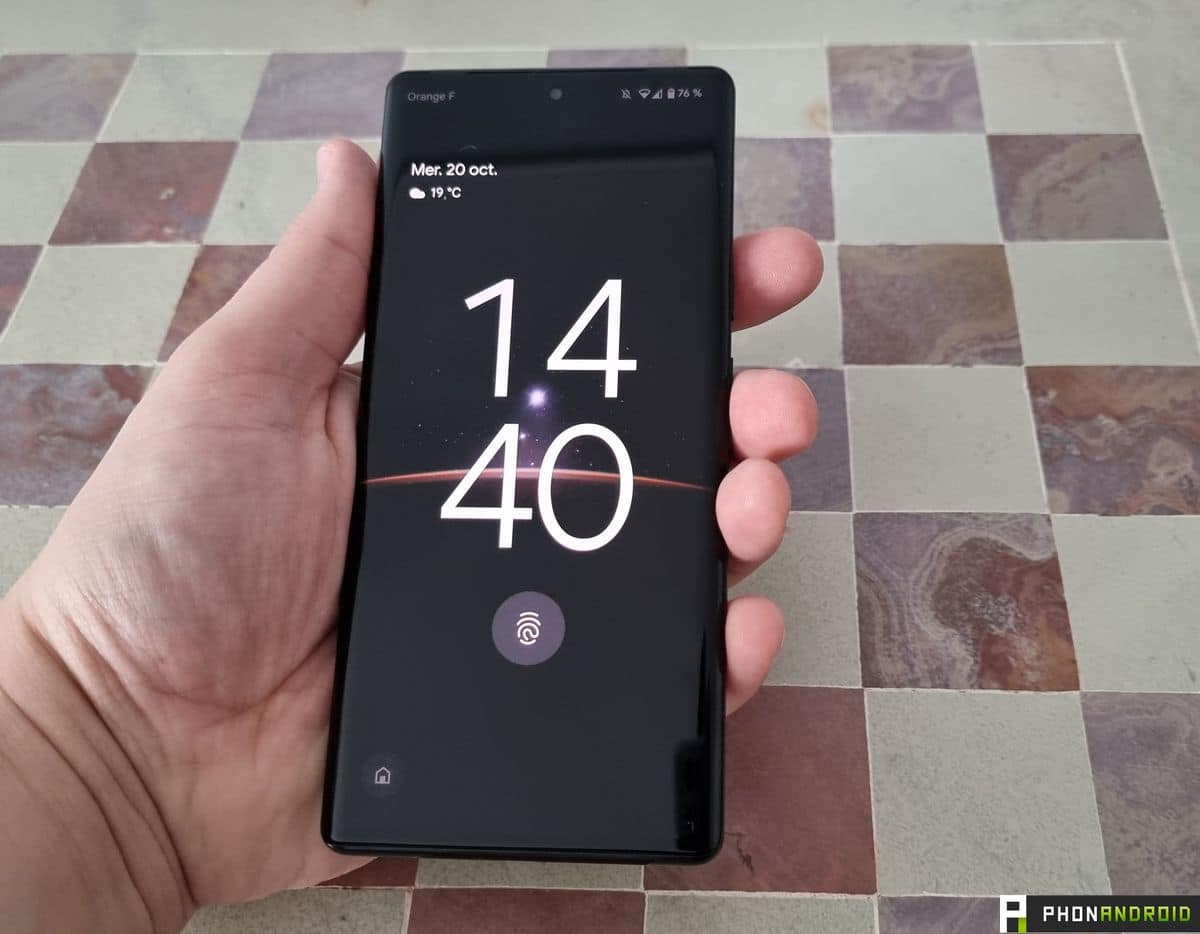 The Pixel 6 encounter yet another bug. According to user testimonials, the fingerprint scanner calibration tool does not work. After a change of screen, many users find themselves unable to use the fingerprint reader under the slab.

Since its release on the market, the Pixel 6 range has been accumulating bugs. According to many users, the fingerprint reader of the two Google smartphones is slow, capricious and inefficient. On some units, it was also possible to trick the biometric scanner. To correct the situation, the Mountain View giant deployed a series of patches last December.

At the same time, Google has rolled out a fingerprint reader calibration tool under the screen. This tool is used to correctly calibrate the optical scanner placed under the touch screen. It is mainly intended for repairers who are faced with changing the screen or for users who have just changed the screen of their telephone. It allows, in theory, to obtain optimal performances with the scanner. Unfortunately, it turns out that this tool is not up to expectations.

A Pixel 6 calibration tool breaks down

Citing numerous testimonials that have appeared online, our colleagues at 9to5Google claim that the calibration tool regularly breaks down. “When I try to install the fingerprint sensor calibration software, it says ‘unable to find the unique calibration software for this device’ right after it starts”says a user on a Google support forum.

Testimonials of this ilk also abound on Reddit. The calibration tool, once installed on a Mac or PC, formally refuses to work. De facto, users who have been forced to change the screen find themselves deprived of an essential functionality. Once the touch screen has been changed, there is no no longer possible to calibrate the scanner and use it to unlock the smartphone.

In a YouTube video, professional repairman Louis Rossmann, owner of a licensed repair center in New York City, corroborates complaints that have surfaced online. He claims to have encountered the same difficulties as Internet users. For now, there is still no no solution to this failure. Let’s bet that Google will be able to deploy a fix as soon as possible.

The Bose Solo 5 TV sound bar is displayed at a hot price for Amazon Christmas!