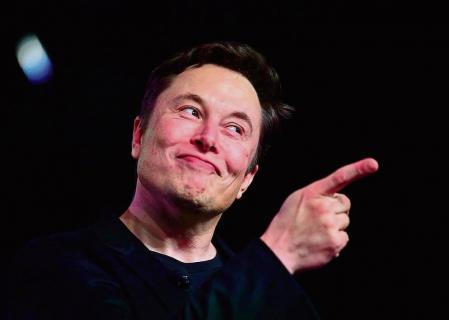 In the mail, the tycoon asks the employees to confirm their commitment; if not, they will be fired with a severance pay of three months

Twitter employees have several weeks (perhaps months) of intense work ahead of them. This is the latest announcement from Elon Musk, who addressed the staff again by sending an email at dawn, just as he did to inform them that teleworking in the company was over, unless he personally authorized it.

In his new letter, the tycoon described what he has been in charge of christening Twitter 2.0. The changes will not be possible without “extremely hard” work with long, high-intensity hours, according to what the technology journalist Gergely Orosz has learned. And he gives an ultimatum: people must confirm that they accept the challenge before 5:00 p.m. on Thursday; otherwise, they will be fired with a severance pay of three months.

Musk continues with his internal changes. After buying the company, the first thing he did was dismiss the top management at that time. Later, he continued with the layoffs of the workforce (almost half of the employees). He has also dispensed with 4,400 of the 5,500 contractors, according to the journalist from Platformer Casey Newton.

For the workers who stay, changes are coming too. In his first message to the staff (by email), the billionaire reported that teleworking on Twitter had ended, in addition to the monthly day off established since the start of the pandemic.

In his letter, the South African magnate also recalled the difficult situation of the company: “There is no way to sweeten the message. Frankly, the economic outlook ahead is dire, especially for a company like ours that is so reliant on advertising in a challenging economic climate.”

The anticipated changes are just around the corner. Musk has conveyed to the workers that, to build Twitter 2.0, “extremely hard” work will be necessary, with long, high-intensity hours. But he does not specify how many hours a week will be required, although he hints that they will be many more than usual. “Only exceptional performance will constitute a passive rating,” Orosz points out in his information.

Employees won’t have much time to think about it. They have to confirm that they accept the challenge before 5:00 p.m. on Thursday; otherwise, they will be fired with a severance pay of three months. And they would thus join the long list of layoffs since Musk became chief tweeter.

According to this specialist, some see the announcement as a relief. Some software engineers who are still on Twitter say they prefer to leave and that “they were doing interviews, so this makes it easier for them to leave.” However, those who do not have a job alternative have not received it in the same way. The question that now arises is whether the company will be able to reverse its situation with this brain drain.

During his speech at a G-20 forum, Musk acknowledged that his work had accumulated since his arrival at Twitter. “My workload went from about 70 to 80 hours a week to probably 120,” he said. Now, his daily routine consists of working and sleeping. And it seems that he expects the company’s employees to join him in that effort, to a greater or lesser extent.

The chief tweeter He has not given more details and has never spoken of specific figures. In this sense, Bloomberg points to a working day of eighty hours per week. While waiting to find out how this new chapter closes, some workers have denounced on social networks that the demands of the new manager are very high and that they had to sleep at the company headquarters to meet the objectives.

Vincent Cassel: his brother is a multi-gold rap star – Objeko.com