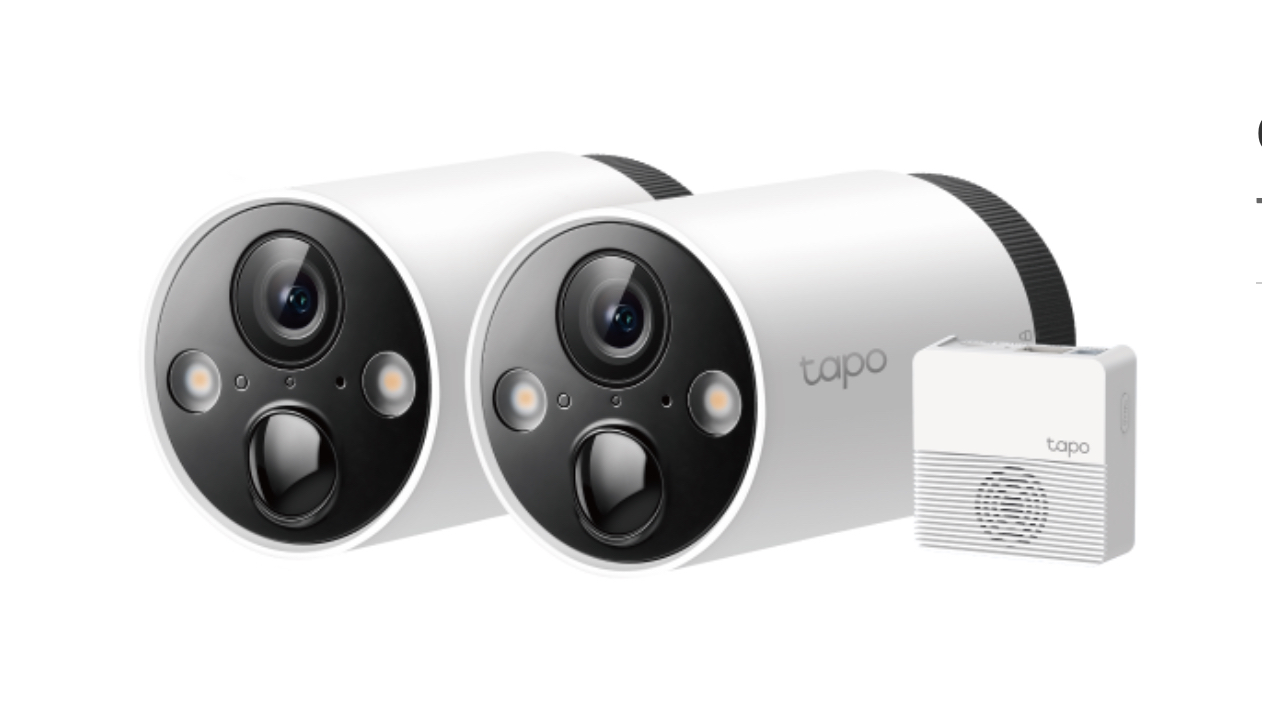 Over time, I’ve tested numerous home security cameras, some from TP-Link’s Tapo line. I’ve had all kinds of experiences, from the bad ones that couldn’t be configured properly, to the great ones. The new TP-Link Tapo C40S2 double combo is of the latter type. The packaging set contains two C420 security cameras in color and with 2K resolution, somewhat larger than HD, with their supports that allow both fixed installation on a wall and placement on a horizontal surface.

One of the most amazing things about the Tapo C420 is its quick and easy setup. I have spent so much time setting up cameras of this type that finding a model that installs in less than five minutes is very rewarding. First, the central hub must be placed, a small white box that is connected to the internet modem and to install the cameras and that can accommodate a Micro SD card to record images in a continuous loop. To the cameras you only have to put the batteries that come in the box, turn them on and activate them with an app.

In a very short time you have access to the two cameras in the application. If you want to place them on the wall (whether indoors or outdoors), the set contains the corresponding plugs and screws, as well as a practical sticker that marks the points to make the holes in the wall. The cameras can work with batteries, with an autonomy of about six months, or connected to the current. From the tests done, my impression is that it is more practical to do without the electric cable. The cameras indicate the status of their battery in the app at all times and spend very little.

The Tapo system with the C420 hub and cameras can be used as a home security system. It is capable of distinguishing between people and pets (so as not to shoot itself every moment if you have one at home and it passes in front of the device). Everything can be easily configured in the app. If an intrusion is detected, an alert is sent to the mobile and light and sound alarms are triggered in the cameras and the hub. From the app you can maintain communication with the detected person, since they have integrated microphones and speakers.

In the case of this test, between the hub and the cameras there was some distance and stairs in between, but they connected without problems. The system does not seem to have many limitations, because in a structure that usually gives Wi-Fi problems, the connections worked the first time and were maintained permanently. When there is little light, the cameras continue to display images using good quality infrared.

The recorded videos, when an intrusion occurs, can be saved on a microSD card (not included) of up to 256 GB (the system records in a permanent linear fashion and, when the capacity limit is reached, it deletes what was recorded oldest to include the most recent recording). Additionally, you can hire a cloud storage service from TP Link, Tapo Care, which the company offers free for trial during the first month. In addition, the system works with the Google assistant and with Alexa.

When you are at home, or when you arrive, it is convenient to set the shortcut for the camera to enter privacy mode. In this way, it turns off, and no image can be seen in the app. At the moment in which they are in operation, the cameras have a visible light on that alerts them to their operation.

TP-Link has achieved with the Tapo C40S2 a very practical and easy to install and manage home security system. It is versatile because it can be placed anywhere, whether inside or outside the home, and it does not have the limitations of installing cables. Its price is 259 euros.

Philippe Etchebest: The fashion of the century, the chief said, “Who can beat us?” did in the program. !