Why are workers at Apple’s Foxconn factory in China protesting? 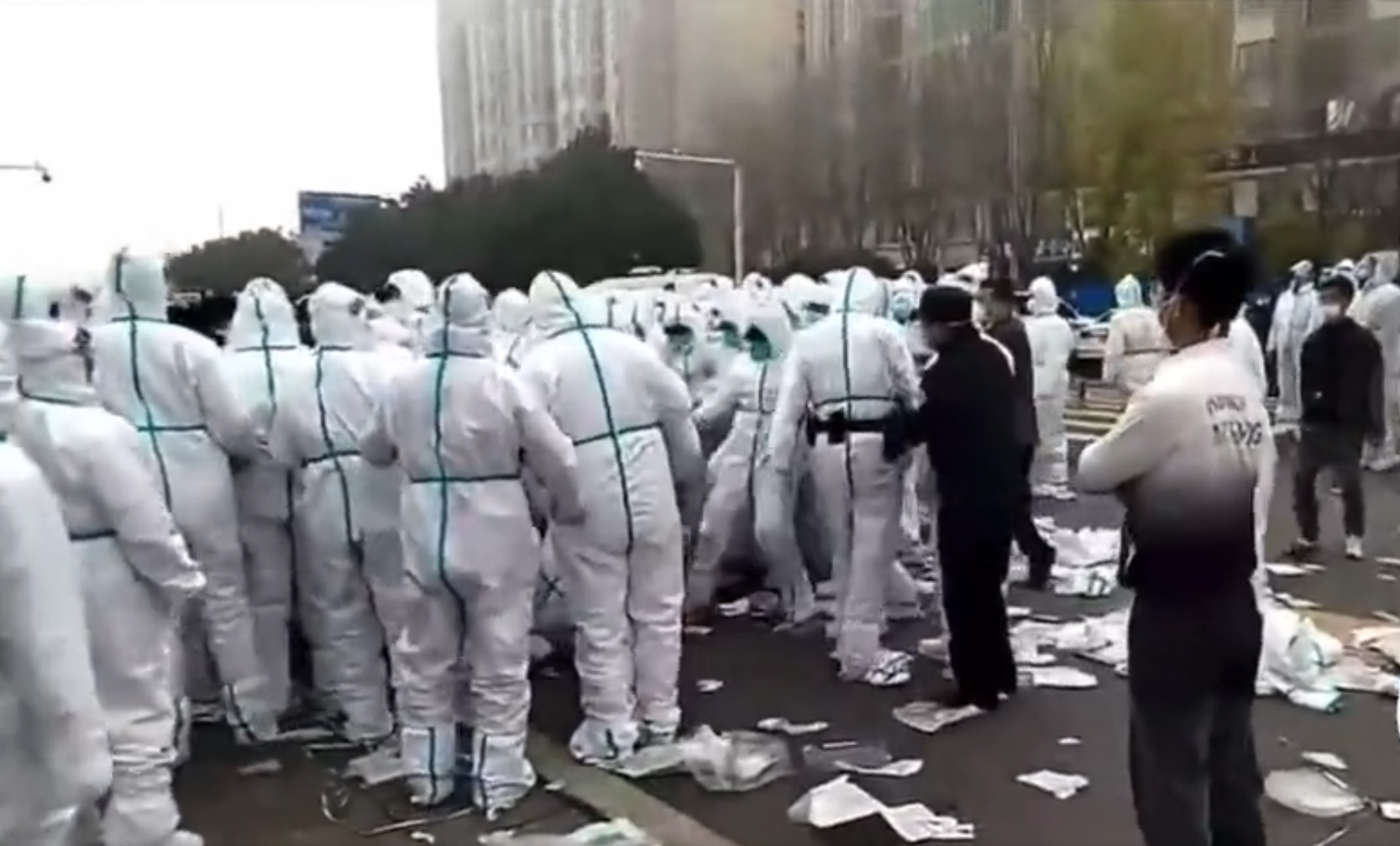 The situation is complicated at the Foxconn factory in Zhengzhou, one of the largest Apple suppliers in the world, as well as one of the main iPhone assemblers. Hundreds of workers have clashed with company security personnel amid tensions over harsh restrictions imposed by a recent covid outbreak at the plant.

According to the first information, it would be workers who have recently joined Foxconn to replace the casualties registered a few weeks ago and thus reach the production committed for the Christmas holidays. The employees accuse the company of non-payment of wages, poor working conditions and fear the spread of the virus, because they assure that the quarantines are not being respected. The protest has led to violent confrontations with the agents.

Protests at the largest iPhone factory

In the images that several users have shared, you can see moments of tension and aggression on both sides. To quell the protest, the multinational has resorted to the riot police, according to Bloomberg. The agents have appeared at the scene of the incidents and have beaten the workers, while crowds of people tried to force their way through the barricades. Several injuries have been registered and some detainees are not ruled out either.

Many of these employees would be trying to leave the facilities, as happened in another similar episode last October. On that occasion, images of workers with their belongings jumping over the factory fences and going to their places of origin on foot along the roads also leaked, arousing the outrage of Chinese netizens.

On that occasion, to keep the staff happy, Foxconn announced an increase in daily wages to attract employees and bonuses to bring back those who had left. The accounts of the largest Apple plant in China were clear: they needed ten thousand workers to normalize the production chain, according to the local press.

Far from normalizing, the situation is getting even more complicated. In accordance with Bloomberg, the violent protests that were repeated in the early hours of Sunday are motivated by salaries, the food served during the confinement, the accumulation of garbage in the facilities and the fear of the spread of the virus. Some local journalists are reporting that quarantines are not being respected and that they are living with covid positives.

Foxconn’s plant, which employs more than 200,000 workers and produces 70% of iPhones worldwide, has not been spared from China’s strict health policy. The factory has been closed since last October, due to a covid outbreak at its facilities. After detecting an increase in the number of cases, the authorities established a closed circuit: strict restrictions, quarantines and closure of accesses.

The problem goes beyond the Foxconn plant. China has just announced new restrictions in various parts of the country, despite the fact that the infection numbers are low compared to world standards. Until Tuesday, there were 28,883 new cases of local transmission, according to official data.

The restrictions are clouding the outlook for the world’s second-largest economy and dampening hopes that China will significantly ease its coronavirus policy in the near future.

Gilbert Gottfried Kids: Everything you need to know about son and daughter Max and Lily – Up News Info News from France and abroad

Marie-Ange, 55, managed to control her atrial fibrillation: “I lost weight and my treatments became effective”

70% of Warren Buffett’s Portfolio is focused on these 4 Actions! Should we buy them? – Cryptonaut