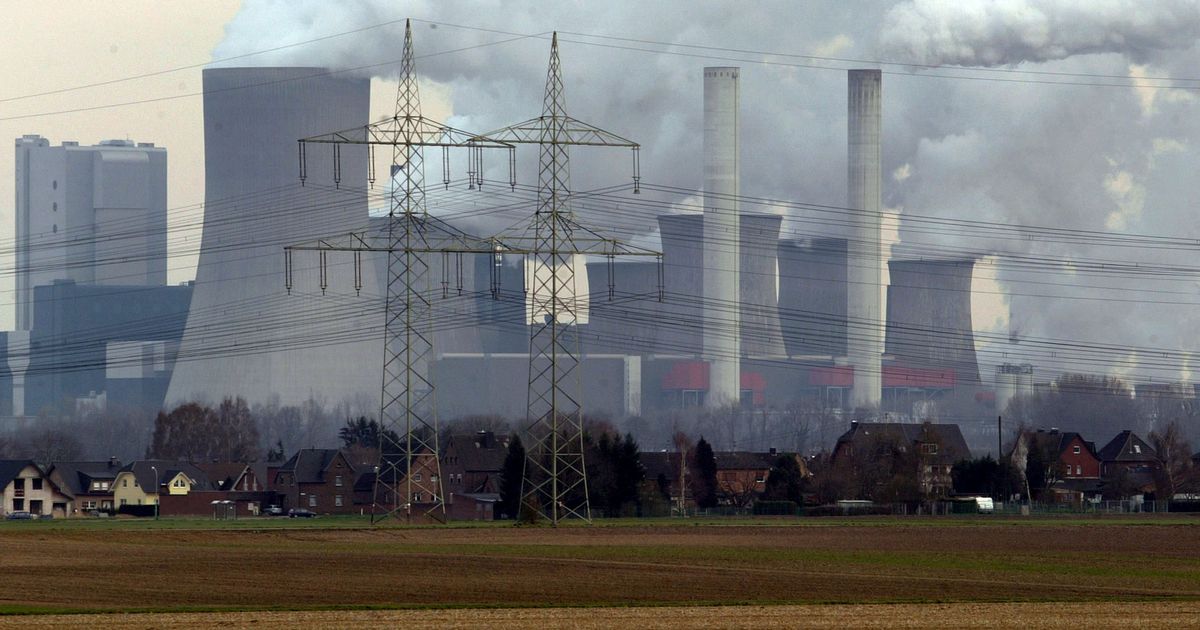 “War foot”, “climate army”, the next generation “will not forgive us”: the heads of state and government have sounded the charge against global warming at the start of COP26. The statements which followed one another from the rostrum throughout the day pointed in this direction.

On the first of two days of the summit of some 120 leaders at COP26, the UN secretary general called for maintaining a 1.5 ° C limit on warming as a target. A desire displayed last weekend by the G20 countries in Rome, even if they have given no clear sequence to achieve it.

COP26 must launch a “decade of action” for climate action, says Joe Biden. The American president mentioned an “economic” and “moral” imperative.

US President Joe Biden presents his national statement at the opening of COP26 in Glasgow, Scotland on November 1, 2021. [Andy Buchanan / Pool – AFP]

“The eyes of history are watching us,” said the head of the White House in his speech. “Let’s get to work,” he also added.

He reiterated that his plan, which Congress has yet to approve after weeks of discussions, will launch millions of jobs. Each country must see in the fight against global warming such a possibility. The United States is not only “back to the table” of discussions, but wants to lead this fight, said Joe Biden, while his country has again joined the Paris Agreement after a withdrawal under Donald Trump.

The window for action is nonetheless “narrow” and it is shrinking rapidly, warned the US president, who reiterated his commitment to halve his country’s greenhouse gas emissions by 2030 compared to the situation. 25 years ago. He announced that his country would contribute for the first time to the Climate Adaptation Fund.

French President Emmanuel Macron for his part called the countries the “biggest emitters” of CO2 behind on their commitments to “raise their ambitions within 15 days” of COP26, alluding to Russia and China, which he has already cited Sunday.

“The key for the next 15 days, here in our COP, is that the largest issuers whose national strategies are not in line with our 1.5 degree target step up their ambitions in the next 15 days. the only way to make our strategy more credible, “he said.

Prince Charles called on him to “wage war” on global warming. We need a global system for each economic branch to take the necessary decisions, he said.

In a video message, Queen Elizabeth II urged world leaders to make “common cause” to tackle climate change and “solve the most insurmountable problems”.

In his speech, Indian Prime Minister Narendra Modi announced that his country has set itself the goal of achieving carbon neutrality by 2070. The announcement of the world’s fourth emitter of greenhouse gases behind the Union European Union was eagerly awaited.

Narendra Modi specified other objectives aiming to fight against global warming: India will increase by 2030 “its non-fossil energy capacities” from 50 to 500 gigawatts and it will ensure by the same year 50% of its needs into energy from renewable sources.

“By 2030 India will reduce the carbon intensity of its economy by 45%,” the Prime Minister also said, increasing by 10 percentage points its initial pledges to reduce its CO2 emissions as a ratio of GDP to to 2005.

Australian Prime Minister Scott Morrison, widely criticized for the weakness of his country’s climate commitments, the world’s largest coal exporter, has defended technology as the main means of fighting the climate crisis. 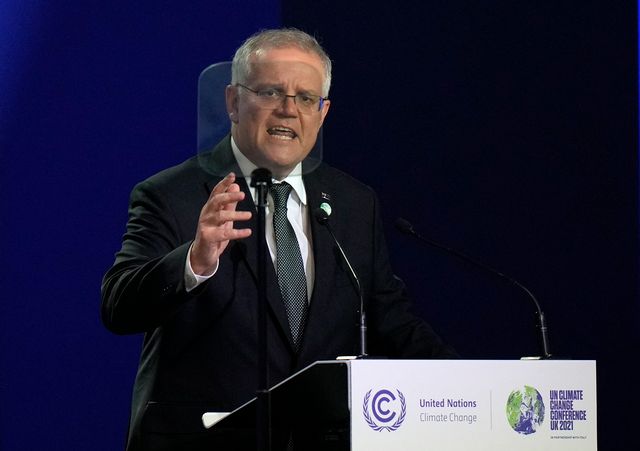 Australian Prime Minister Scott Morrison speaks at COP26 in Glasgow, November 1, 2021. [Alastair Grant / Pool – AFP]“The challenge of fighting climate change will be met in the same way” as that of Covid-19, he said. “It will be taken up primarily by those who are not in this room,” he challenged supporters of climate diplomacy.

“It will be our scientists, our engineers, our industrialists and our financiers who will walk the path leading to carbon neutrality. And it is up to us, as leaders. [politiques], to support them “.

The Brazilian government, under fire for its environmental policy, has announced more ambitious objectives in terms of reducing CO2 emissions and fighting deforestation.

“We present a more ambitious climate objective, going from 43% to 50% by 2030” of reduction of greenhouse gas emissions, and “of carbon neutrality by 2050, which will be formalized during the COP26”, Brazilian Minister of the Environment Joaquim Leite announced.

The latter was speaking from Brasilia in a speech broadcast live in the Brazilian pavilion in Glasgow. He also announced that the deadline would drop from 2030 to 2028 for the goal of eliminating illegal deforestation.

>> The report of La Matinale:

Pope Francis calls on the faithful not to forget the poorest

Michael Madsen’s son kills himself at 26