Ukraine, the weakness of Europe 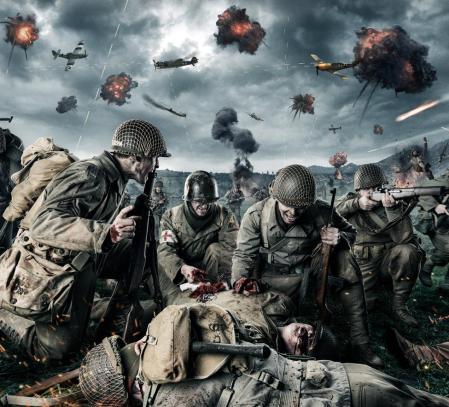 The European Union defines itself as a non-violent power but it has a neighbor that does not shy away from confrontation. Russia is back and Ukraine is the scene of a conflict in which the EU finds it difficult to speak with one voice.

“The Nibelungs had passed through here, from here the constellation of the seven immortal stars of music lit up the world: Gluck, Haydn and Mozart, Beethoven, Schubert, Brahms and Johann Strauss; here all the currents of European culture converged; in the court, among the nobility and among the people, the German element was united in blood alliances with the Slav, the Hungarian, the Spanish, the Italian, the French and the Flemish, and the true genius of this city of music consisted in harmoniously merging these contrasts into a noble and peculiar element: the Austrian, the Viennese… The citizen, unconsciously, was educated on a supranational, cosmopolitan level, to become a citizen of the world”.

Stefan Zweig describes it like this in “ The world of yesterday. Memoirs of a European ” the Vienna between the wars, the idealized capital of the Habsburgs, the heart of a system that claimed to be heir to Rome and the Holy Germanic Empire in its quest to unify the continent. A cosmopolitan monarchy and eleven nationalities in harmony, sometimes used as a historical reference for the European Union, which is also claimed as a supranational government inspired by the values ​​of peace.

The EU, like the Vienna of the Habsburgs, has a devilish geopolitics

A historian, Helen Thompson, has dismantled that vision and shows how other contemporaries of Zweig (Joseph Roth, Robert Musil…) transmitted a less idyllic and more realistic version of that disintegrated civilization. The Habsburg myth was the fruit of a providentialist idea of ​​Europe. A project full of contradictions. Disunited: the Germanic world on one side, Hungary on the other. Incapable, moreover, of resolving the diabolical geopolitics that having a neighbor like Russia meant, the bear he needed and at the same time feared. One of the Achilles’ heels of the Austro-Hungarian Empire was Galicia, a region divided between Poland and Ukraine. There were the only oil wells in the empire. Just starting World War I, Russia took control of the wells. And Vienna was left without the capacity to react. I wasn’t ready for it.

Russia is back today. His target this time is Ukraine. And neither does the EU seem ready for it. And like the Vienna of the Habsburgs, the EU has more than one voice. Every time Germany has to talk about Ukraine, he counts to ten and remembers gas and oil. The Russian gas that arrives through the Baltic and that it needs to run its economy.

The EU defines itself as a nonviolent power, but it has a neighbor that does not shy away from violent confrontation

The EU has delegated its military strategy to a NATO in low hours (“in brain death” says Macron). He has an unpredictable ally in Joe Biden’s United States. The EU is not prepared for war. It defines itself as a non-violent power. The problem is that he has a powerful neighbor who does not shy away from violent confrontation.

How is the adversary in this hour of confrontation? First the bad. Russia is a petrostate (a country that does well only when oil prices are high). It is in demographic decline. The infrastructures (hospitals, roads) are obsolete. The young people want to leave. Being in opposition is hard. In the 70’s they put them in a psychiatric hospital. Today they are trying to poison them, like Aleksei Navalni.

Russia is a hopeless country. But stable. Corruption is less entrenched than in the 1990s. It is a well-managed petrostate: the budget is balanced from $44 a barrel of oil. Social spending is low. But in exchange it has accumulated some 620,000 million in gold and foreign exchange reserves. That gives it a lot of room for maneuver in the face of future sanctions that come from Europe or the United States. You will not suffer as in the past. The world needs Russian oil and gas. The EU, the one with the most: 40% of the gas and 25% of the oil it imports come from Russian wells. Russia has sophisticated weaponry and has proven to be a master power in cyber warfare.

Russia is in shape.

Vladimir Putin has found someone to listen to him. In 2007, at the Munich Security Conference, Putin warned that capitalist globalization had made the West drunk. Two years earlier he had declared that the disappearance of the Soviet Union had been “the greatest catastrophe of the 20th century”. No one thinks he’s going to rebuild it. But yes to increase its influence over the countries that were under its orbit. He wants to push NATO away. Erase that decade (1997-2007) in which Russia suffered all kinds of calamities and Europe thought that peace had come to the continent, from the Atlantic to the Urals

Europe has been stuck with Ukraine for a decade. Today it is not clear which side of the balance the country will fall on

Putin’s ideas seemed like echoes of the past, the obsessions of a resentful man. But the energy crisis at the end of the pandemic has given it an opportunity. Russia has returned. Two days ago the villain of the West was China. Now there are two.

Europe has always had a problem with Ukraine. Like Galicia, a country between East and West. The EU tried to lure it to the West in the 2000s. It did not count on the fact that it is a divided country, economically failed and highly dependent on energy from Russia. Ukrainian politics got complicated. And in the midst of so much confusion and confusion, the bear struck and Russia annexed Crimea. It was in 2014.

A year later, Angela Merkel, at the G20, reflected aloud: “Who could have thought that, twenty-five years after the fall of the Berlin Wall, this would happen in Europe”. Well yes. Europe has been stuck with Ukraine for more than ten years. And at the rate things are going, nobody knows very well on which side of the balance the country is going to fall.

Santa Fe Clan surprises partner Maya Nazor with a serenade: “Thanks for everything”