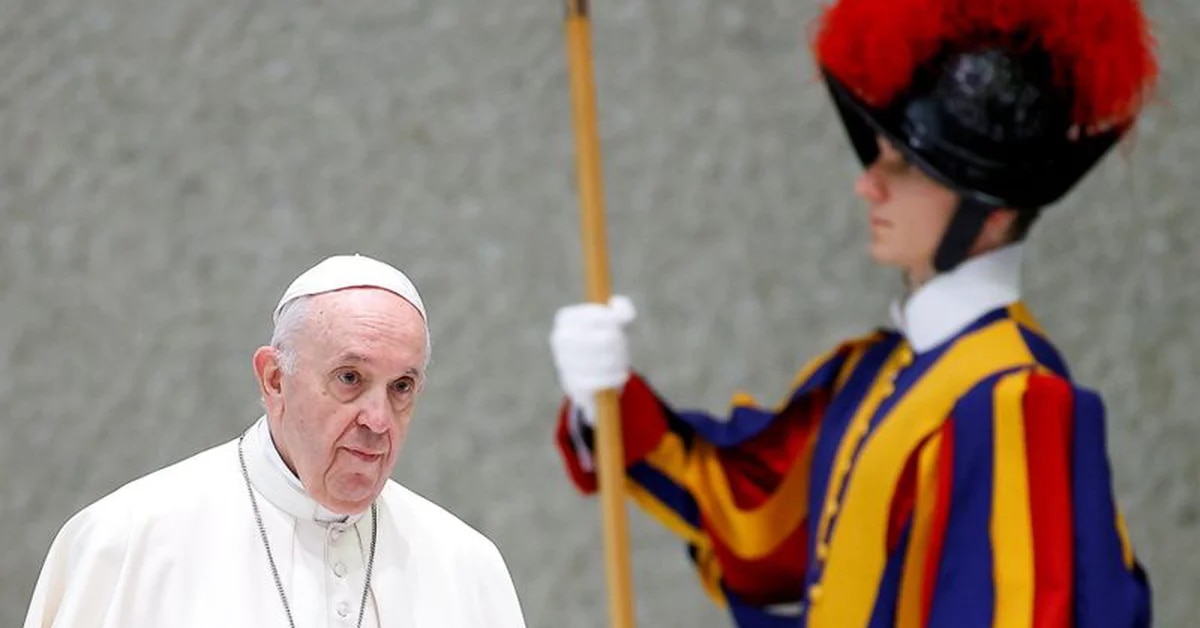 “The dictatorship of Daniel Ortega is taking churches by force, he has shut down all his channels and radios, and there is even a priest imprisoned,” said activist Agustín Antonetti. Condemns ‘criminal offence’ of Pope Supreme

The NGO member stated the following on his Twitter account:Pope Francis’ silence on what’s going on in Nicaragua is scandalous. Daniel Ortega’s dictatorship is taking the churches by force, they have shut down all their channels and radios, even one priest is in jail, and the rest are afraid of being kidnapped. complicity ”.

as in Daniel Ortega’s regime Pressure on the Catholic Church intensifies in Nicaragua , Pope Francis’ silence becomes more pronounced and voices multiply demanding that he take a position. It is in crisis that has affected the Central American country for four years.

This Monday, Ortega placed an order closure of seven Catholic stations The diocese of the Matagalpa department and Police forces raid the Infant Jesus Chapel in Prague from the city of Sébaco to confiscate Catholic radio equipment working there.

at the call of the priest Uriel Vallejos Sébaco’s pastor dozens of parishioners went to guard the church and were violently suppressed by the police He conducts a hunt against young Catholics during the night.

According to national media reports, about 20 people would be caught. Father Vallejos took refuge in the parsonage on Monday afternoon and was surrounded by riot police from the Special Police Operations Directorate (DOEP).

After two failed rounds of talks, both Ortega and his wife, Rosario Murillo, they blamed the religious for what they described as a “coup attempt” for the support and shelter provided by the temples to the youth persecuted during the military operation to disperse the protests.

Physical attacks on priests, desecration of temples and religious images, sieges, death threats, persecution and insults, armed attacks and burnings are part of the repertoire. . Many priests, including Monsignor, the co-bishop of Managua Silvio Baez They went into exile to protect their lives and freedoms.

Ortega’s regime, whose representative in Nicaragua was expelled from the country in March this year, Monsignor Waldemar Stanislaw Sommertag and he’s holding two priests in jail for common crimes.

“I don’t understand how Pope Francis could remain silent in the face of attacks on Nicaraguans’ most beloved priests, failing to see a person of the highest power who uses God’s name in vain every day. and preaches love while sowing hate ”, said the Nicaraguan writer on Twitter Gioconda Belli In May of this year, in reference to the daily attacks of Rosario Murillo.

He is also a writer Sergio Ramirez Mercado He spoke in similar terms in an interview with journalist Gumersindo Lafuente last November. eldiario.es. “Pope Francis has kept the world’s silence on the situation in Nicaragua. ”, said Ramirez.

“All Catholic believers in Nicaragua, who make up half the population, are advised to listen to what the Pope has to say about this barbarism that has continued since 2018, with so many arrests. people with the unstoppable growth of political prisoners,” he said.

The sequel with Tom Holland is already in the works

Release of three students in prison for a “joke”