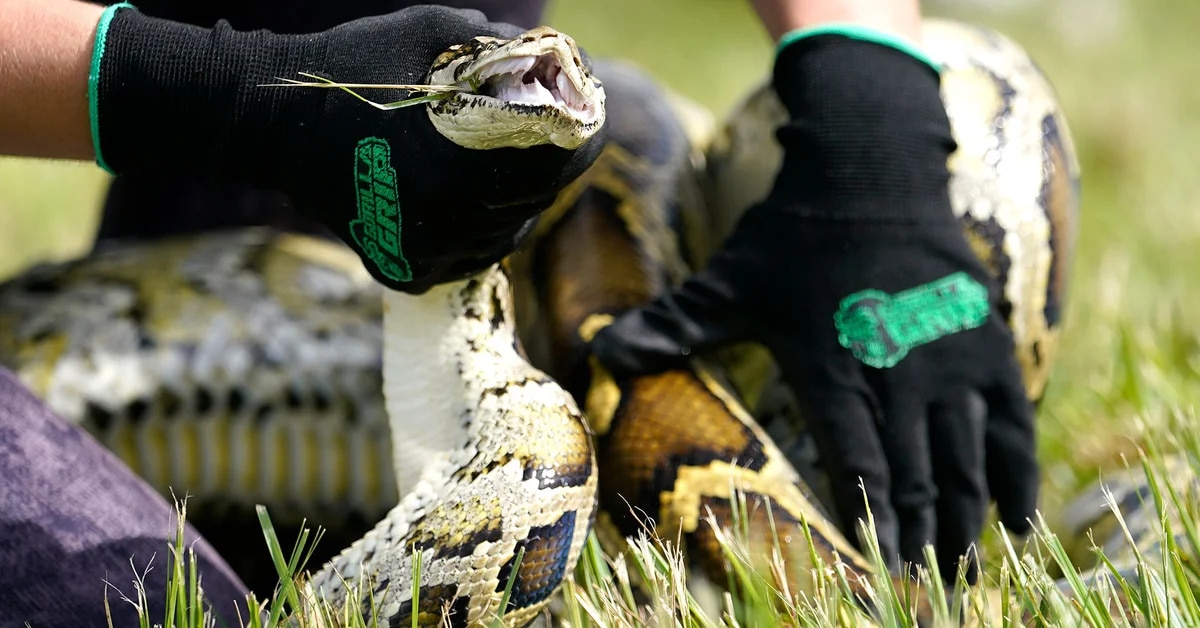 The annual Florida Python Challenge, which aims to help Battle against Burmese pythons invading the Everglades A giant protected wetland in South Florida it started with friday More than 800 participants from various regions of the USA and Canada.

Florida’s First Lady, Casey DeSantis, was the one who officially announced the inauguration. A 10-day contest with a cash prize to the hunter who catches the most pythons ($2,500). like the one who catches the longest snake (1,500) in the professional and beginner categories.

“Each eliminated python is missing one. an invasive species that feeds on our native birds, mammals and reptiles. Our family will continue to support conservation efforts in the Everglades,” said the wife of Florida Governor Ron DeSantis, who is currently running for reelection.

The initiative for this contest came from DeSantis, who took office in 2019 with the support of then-President Donald Trump, but is an offensive against an invasive species. It wiped out populations of mammals and other native animals in the Everglades.

More than 16,000 Burmese pythons have been caught since 2000. According to the Florida Fish and Wildlife Commission (FWC), which is part of the Florida Phyton Challenge organization.

Contestants who had to register before the end of June this year and pay $25 per entry received a prize. 30 minute online course on Python and Everglades hunting.

“Large amounts of money are spent Restore the Everglades “We must make sure that these non-native species will be eliminated once restoration is complete, at the start of the Florida Phyton Challenge,” said FWC President Rodney Barreto.

Pythons are destroying the natural food chain, Ron Bergeron, member of the South Florida District Water Resources Board, is also part of the organization of the competition.

“Removing invasive pythons from the Everglades ecosystem is one of our agency’s top goals,” said Shawn Hamilton, Secretary of the Florida Department of Environmental Protection.

A Burmese python in the Everglades (EFE/ Carollyn Parrish)

Pythons have reduced the population of mammals such as voles, weasels, raccoons or rabbits by up to 99% in parts of the Everglades. and it is feared that they will result in a good portion of the wild fauna of an ecosystem where millions of dollars have been invested in protecting and preserving it.

No one knows exactly why these Asian reptiles ended up in Florida’s largest nature preserve. to which the entire water system of the region is connected. One theory is that they came to the Everglades either intentionally or unintentionally released after Hurricane Andrew in 1992 by people who kept them as pets.

Have you been waiting for the next BlackBerry? This has just been canceled