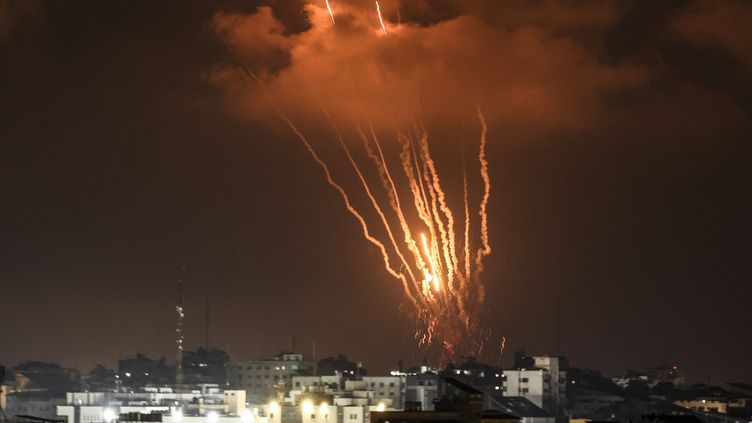 There has been a firefight between Israel and Gaza since Friday. The new violence was sparked by the arrest of a leader of an Islamic jihadist group in the occupied West Bank earlier this week.

‘Israeli army preparing for escalation’ Tensions with Islamic Jihad set up in the Gaza Strip are being analyzed by journalist Charles Enderlin, a former correspondent for France 2 in Jerusalem, on Franceinfo on Saturday, August 6. Last Monday, Israeli security forces arrested one of the Islamic Jihad leaders. In retaliation, the armed groups immediately announced a general mobilization. On Friday, Israel said it had struck Islamic jihadist camps in the Gaza Strip and responded with rockets. A firefight ensued, with many casualties.

franceinfo: Are we witnessing the beginning of a new long and open war?

Charles Enderlin: That’s the big problem. We always know how military campaigns and wars begin, but we never know how they end. The Israeli army is preparing for escalation. Massive infantry and armored forces will be deployed around Gaza for possible ground operations, 25,000 reservists will be recalled, and there are talks of evacuation plans for residents of nearby areas…all the elements. is there.

“The question is whether Hamas, another major Palestinian militant group with a much stronger military force than Islamic Jihad, will join in and fire rockets at Israel.”

So far, the Israelis have been very careful not to target Hamas and continue to say nothing against Hamas. [Si le Hamas entrait dans la danse]which would aggravate the military conflict considerably, with Hamas having the ability to fire missiles, particularly in the direction of Tel Aviv, and even north of the city, which could disrupt international flights from Ben Gurion Airport.

Islamic Jihad says it fired 100 rockets at Israel. He even says that Tel Aviv has been attacked. really? What are the Israeli media saying?

The Israeli media has gone into “all news” mode. It’s a bit like warrior mode. According to them, the missile did not fall on Tel Aviv itself. Several Islamic Jihad missiles were fired in the direction of some outskirts of the city rather than to the south. intercepted by Dome. There have been no casualties or damage in Israel so far. Most mortars fired by Islamic Jihad have so far been harmless.

Is there the political will to resolve this conflict before it escalates?

The conflict between Israel and the Islamist movement in Gaza does not appear to be nearing resolution. The only factor that could possibly bring calm is the economic situation. The Israelis have allowed nearly 25,000 of her workers from Gaza to work in Israel every day over the past year. This will bring in some money within the Gaza Strip, a very impoverished Israeli blockaded territory with a huge humanitarian problem. Will this last? we know absolutely nothing about it. Politically, the negotiation process is completely blocked. No negotiations have taken place with the Palestinian Authority, whose leaders are in favor of a two-state solution, while Hamas and Islamic Jihad are opposed.