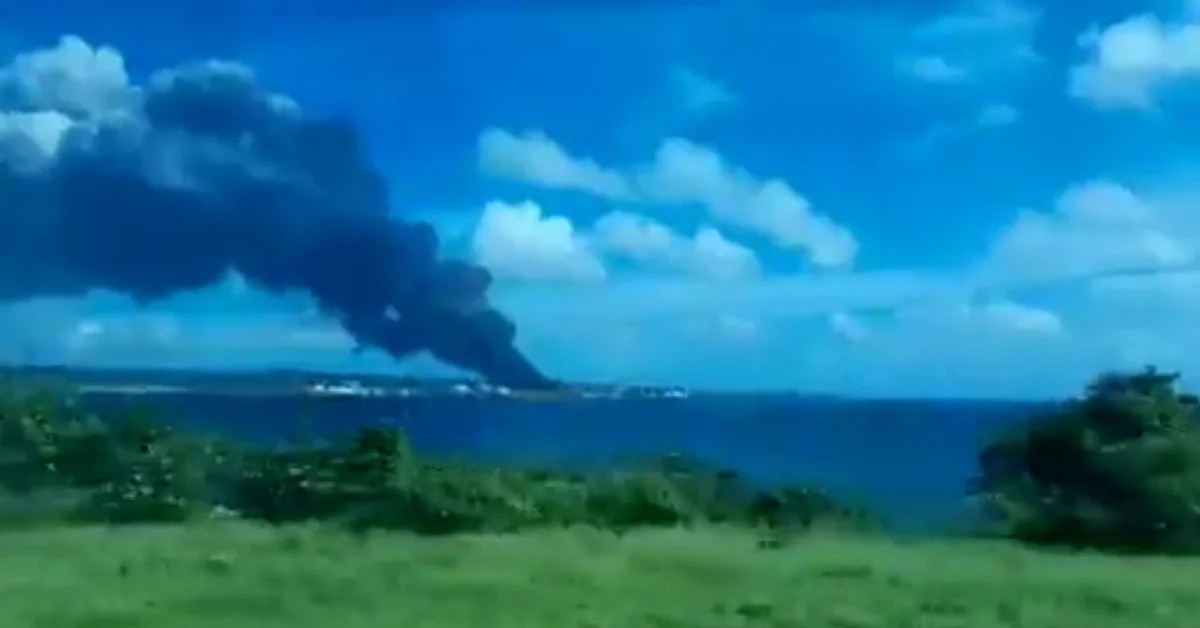 A large column of thick black smoke expands from the scene and reaches Havana.

At least 17 firefighters are missing while attempting to extinguish a fire caused by a fuel tank explosion in Matanzas (western Cuba) The Cuban dictatorship reported this Saturday.

As the flames continued, the island regime sought international assistance and advice experienced in oil.

The affected crude oil deposits with a capacity of 50,000 cubic meters, Super tanker base of an industrial area of ​​Matanzas Near the Antonio Guiteras thermoelectric power station, one of the largest in Cuba.

According to the official press, the fire has not yet been brought under control. .

dictator of the country Miguel Diaz Canel ; and its prime minister, Manuel Marrero , they went to Matanzas at dawn to follow the development of the event closely. visited the wounded at the nearby Faustino Pérez state hospital.

A lightning strike last Friday caused an impressive fire at a fuel depot in Cuba.

According to state television, Some families from Matanzas were evacuated from the city’s closest neighborhoods to the affected industrial zone. due to the risk of flames spreading.

A large column of thick black smoke is extending from the scene and is already visible in Havana. a hundred kilometers from there.

The fire started around 19:00 (23:00 GMT) on Friday when an electrical discharge hit one of the base’s eight crude oil tanks.

Then a fire broke out that affected a warehouse and at first appeared to be under control, according to official media on the island.

Again, strong winds made the extinguishing work difficult and carried the flames to a second tank, causing a new large explosion in another tank at around 7:00 am (11:00 GMT) this Saturday. .

The fire occurred at a time when the island has been facing difficulties in electricity generation since last May. due to obsolescence of eight thermoelectric power plants, malfunctions and scheduled maintenance, lack of fossil fuels and increased demand due to summer heat.

The generation gap caused Power outages of up to 12 hours a day in some parts of the country It has caused public irritation and even some protests in rural towns where people banging boilers chanting slogans at night.

Tonight and in the middle of the incident at the fuel plant, new protests recorded in parts of the island They were without electricity.

Which insurance to choose for category 1 or 2 dogs?

up there is the soul