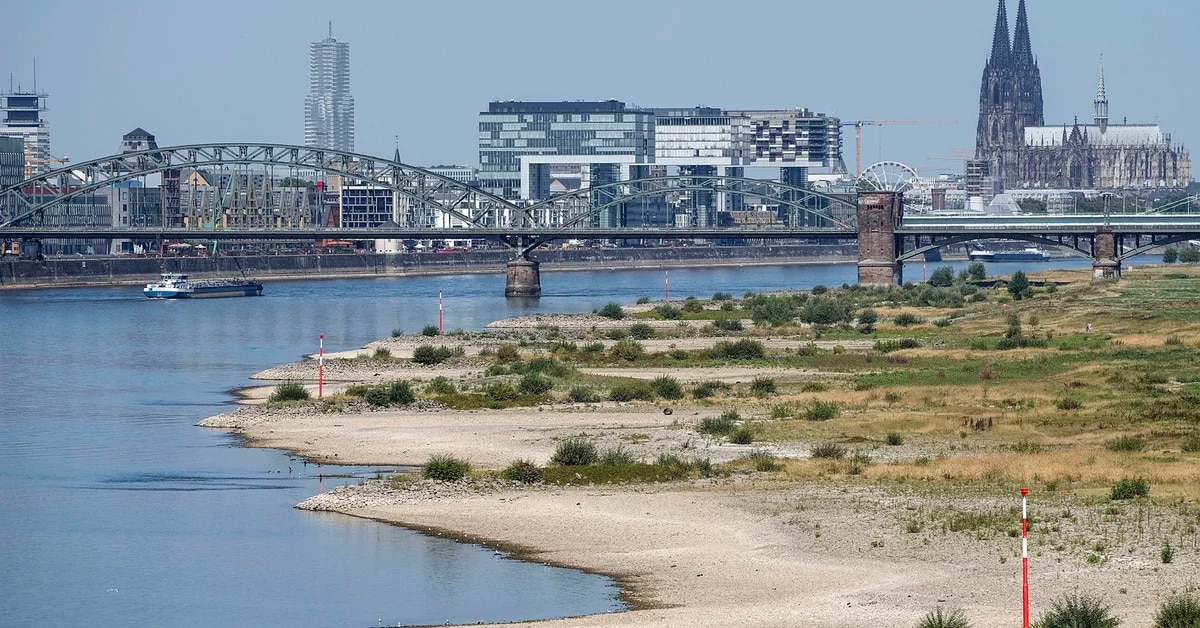 This will make it difficult to transport goods at a time when Europe is experiencing a serious energy crisis due to the war in Ukraine.

German authorities warned on Wednesday that the waters of the Rhine could drop to critically low levels in the coming days, making it increasingly difficult to transport goods, including coal and gasoline. In the midst of a drought and energy crisis affecting Europe.

After several weeks of dry weather, some of Europe’s main waterways have turned into streams, causing headaches for German factories and power plants that depend on food delivery, raising the possibility of an economic slowdown. Freight transport on inland waters is more important in Germany than in many other Western European countries. Capital Economics.

“This is particularly the case on the Rhine, where the sea center at Kaub has very low water levels but is navigable for ships with shallow drafts,” he said. Tim Alexander Spokesperson of the German Ministry of Transport.

Officials predict the water level in Kaub will drop below 40 centimeters (16 inches) early on Friday and will continue to drop throughout the weekend. While this level remains above the record low of 27 centimeters in October 2018, many large ships may find it difficult to cross the river at this location on the Rhine, halfway between Koblenz and Mainz.

“The situation is very dramatic but still not as in 2018” stated Christian Lorenz Spokesperson of the German logistics company HGK.

Europe from France and Italy is facing challenges due to periods of drought, low flow in waterways and heat waves that have become more severe and frequent due to climate change. The falling water level dealt another blow to the sector, which struggled with the decrease in natural gas supply in Germany and pushed prices up.

Ships carrying salt from Heilbronn to Cologne on the Rhine River, which would normally carry 2,200 tons of cargo, can currently only carry 600 tons of cargo due to the lack of water.

“Of course we hope that river transport will not stop, but in 2018, when water levels dropped too low, we saw gas stations suddenly stop supplying fuel due to the boats being unable to cruise,” Lorenz said.

Water shortages in the Rhine will affect the production of two large coal-fired power plants in Germany next month.

Freight rates changed little on Monday and remained at recent highs, according to freight forwarders.

With information from AP and Reuters