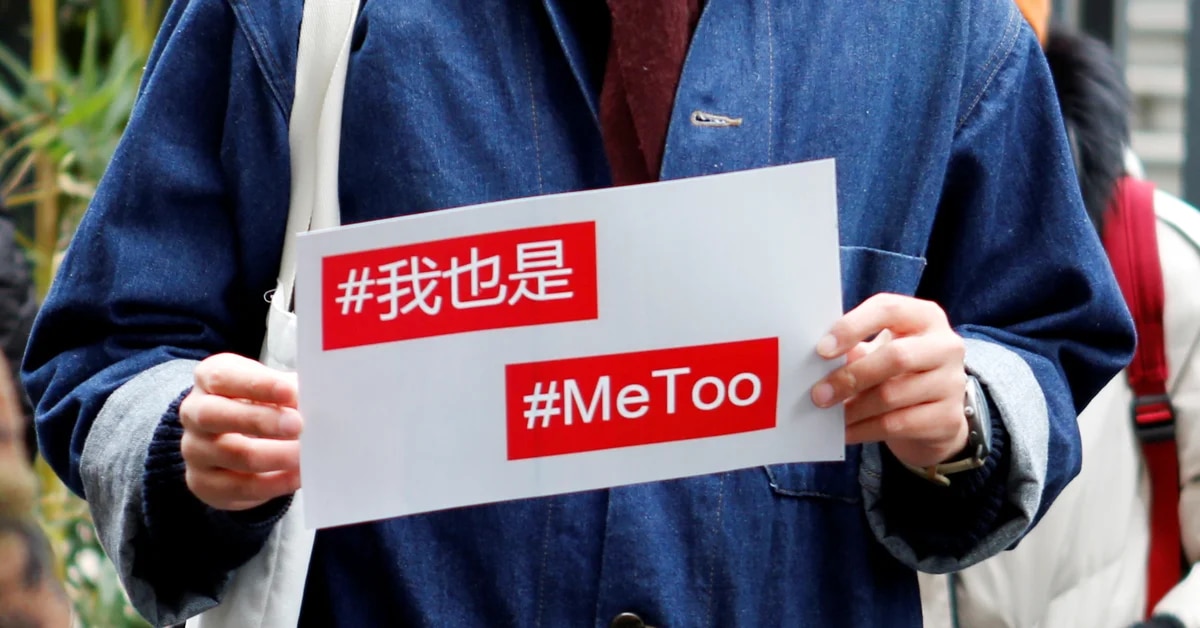 The Bureau considered that the evidence presented by Zhou Xiaoxuan’s defense was insufficient. Woman accused a news anchor of the state network CCTV of sexual harassment

A Chinese court dismissed the complainant’s appeal in a media case. sexual harassment is of great importance to the movement. #Me too inside Chinese According to the Beijing court statement.

In a statement released late Wednesday, the Beijing First Intermediate Court, “The evidence presented by the appellant was insufficient to prove sexual harassment against him”therefore, “the appeal request could not be accepted.”

young in 2018 Zhou Xiaoxuan He was an intern at state television at the time. CCTVaccused the chain’s popular host of sexual harassment, Zhu Jun At a time when similar situations are echoing in the country’s social networks.

Then, there were several Chinese women who reported suffering from similar conditions, however, its messages were progressively censored on platforms such as the popular network. douban .

In the notification sent to the court account, weibo China’s equivalent of censored Twitter, this is why the Court decided to “deny all appeal requests” In addition to “confirming the original sentence”, which was decided in September 2021.

“The initial trial process was a second and profound trauma (after the alleged harassment),” Zhou said in statements collected by the Hong Kong newspaper, before reaching a cordoned and police-enclosed court for the trial. South China Morning Post.

“The way my case developed was really difficult,” said Zhou Xiaoxuan. “I’m afraid that after seeing what I’ve been through, other victims will be afraid to stand up for their rights,” he said.

small group of fans They came to the area to show their support while holding up signs displaying the #MeToo message..

“Four years have passed, and most importantly, we asked ourselves the question: Is it worth paying attention to the pain a woman goes through when she is sexually harassed in a confined space?” Zhou said. Zhou shared it with his followers.

In a statement after the decision, he admitted that “the victory was not that important” for him and stated that he would accept the result.

The court decision comes after demand for self-defense classes in China has skyrocketed in recent months. After a video of a group of men beating up some young women for refusing their “attention” went viral and this put the women of the country in a state of war, terrifying the people.

Trend 2022: This superb model of dress with fringe that will sublimate the over 50s this year!