Volodymyr Zelensky said that “everything possible” was being done to evacuate the besieged fighters at the Azovstal steelworks. 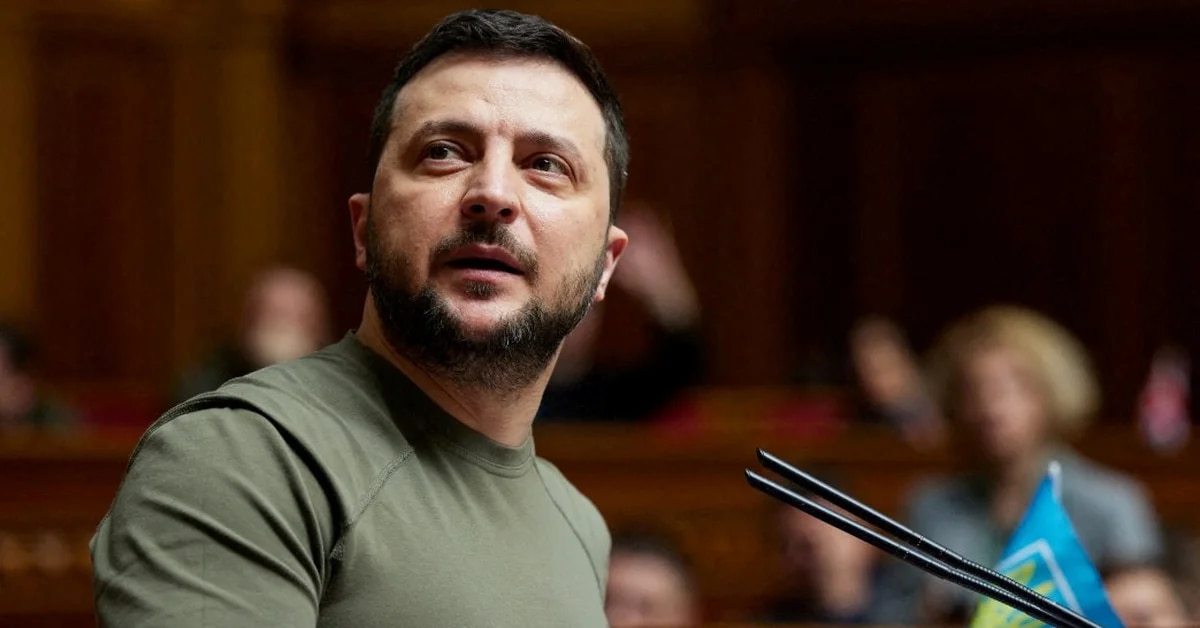 The Ukrainian president said that although there are talks to evacuate the facility, there is no trust in the Russian negotiators, which complicates things.

Ukrainian President Volodymyr Zelensky assured this Saturday that “everything possible” is being done to evacuate the defenders of the besieged southern city of Mariupol at the Azovstal steelworks. however, he acknowledged that the negotiations to achieve this were “complicated”.

“We are doing everything possible to evacuate each and every one of our defenders” Although there are negotiations for the evacuation of the plant, Zelensky said in a virtual meeting with Ukrainian media. No trust in Russian negotiators, which complicates things .

Ukraine’s president assured that the country’s officials are in contact with the besieged Mariupol defenders at the steel plant facing larger Russian forces.

“We are in contact with them. We talk to them every day and support them as much as possible.” said Zelensky. “They know that they are performing one of the most important tasks of this war. The enemy is afraid of them and has increased his troops sixfold. “, added.

May 13, 2022, Azovstal Iron and Steel Works plant destroyed during the Ukraine-Russia conflict in the southern port city of Mariupol, Ukraine. REUTERS/Alexander Ermochenko

Zelensky admitted that in Mariupol, the Russians outnumbered the defenders in technical resources, and that only “a not very large part” of the city was controlled by Ukrainian forces.

“But our men are resisting heroically, for which we are grateful. Words of thanks are definitely not enough,” he said.

Zelensky said in his usual video message: “No one can predict how long this war will last,” but that everything has been done to liberate Ukraine as soon as possible. .

“To achieve this, we need the help of our partners in Europe and around the world” He underlined and criticized the countries that prevented the sanctions against Russia without specifically mentioning them.

Zelensky said that a increasing pressure on Moscow from the international community Because Russia is trying to create instability not only in Europe but also in other parts of the world.

In this regard, the President of Ukraine warned: Blockade of Ukrainian ports could lead to food crisis affecting many parts of the world.

On the other hand, the President of Ukraine He detailed that 37 countries have resumed their work in Kiev, a fact for which he is grateful. “These are 37 proofs that Ukraine remains strong and has hopes unlike the Russian Federation. I am confident that other foreign missions will soon return to the capital,” he said.

Moreover Encouraged Ukrainian companies to continue their activities in “safe zones” and to provide jobs suitable for the economic activity of the “existing conditions”.

FILE PHOTO: View of new burials for people killed during the Russian occupation of Ukraine, at a cemetery in Bucha, Kyiv region, April 28, 2022. REUTERS/Zohra Bensemra

Ukrainian officials think Russia has entered into a deal. third stage of the war -After failing the first one, aimed at conquering Ukraine in a few days, and abandoning the second, where they tried to isolate the Ukrainian forces.

According to Viktor Andrusiv, adviser to the Minister of Internal Affairs, Russia’s priority now is to defend the ground on which they managed to win.

“This shows that they decided to turn the war into a very long war. “They hope that the crises caused by the war will bring the West to the negotiating table and that the West will try to change us for something,” he said.