Ukraine reported that 227 children have been killed and 420 injured since the beginning of the Russian invasion. 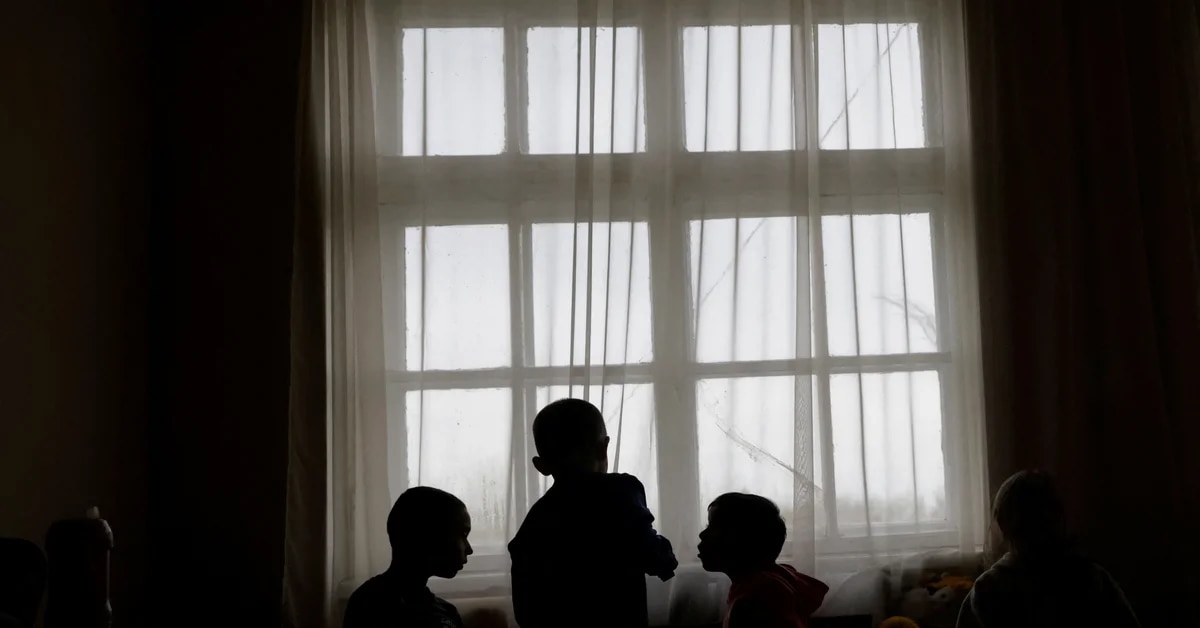 Most of the child victims were recorded in Donetsk, Kyiv region, Kharkiv, Chernihiv, Mikolaiv and Kherson.

Evacuee Tetyana Davydova and her children gather in a shelter for refugee mothers and children who fled the Russian siege of Mariupol during the occupation of Ukraine, in the city of Novomoskovsk, Dnipro region, April 23, 2022. REUTERS / Wesley Marcellin

Ukraine’s Juvenile Prosecutor’s Office reported that at least 227 children were killed and more than 420 injured in Russian attacks. From the beginning of his invasion of the country on February 24 to this Saturday.

In addition, the prosecution filed a criminal complaint. Since the beginning of the occupation, 1,748 educational institutions have been materially damaged, 144 of them completely destroyed. .

More than 3,500 Ukrainian civilians were killed and more than 3,800 injured as a result of the Russian invasion. According to the latest updated balance of the United Nations High Commissioner for Human Rights, published this Friday, Ukraine’s occupation since the beginning of the occupation

FILE PHOTO: A Ukrainian flag is seen next to the new graves of people killed during the Russian invasion of Ukraine in a cemetery in the Bucha Kyiv region of Ukraine. 28 April 2022. REUTERS/Zohra Bensemra

UN, in the same balance, 241 children died, 357 injured since the beginning of the war.

american chain CNN published this thursday Video obtained by a company security camera on the outskirts of kiiv, where Russian soldiers appear to have shot two unarmed Ukrainian civilians .

The American chain CNN published a video this Thursday obtained by the security camera of a business on the outskirts of Kiev.

The chain means that the video to which it has access, Investigation of alleged war crimes committed by Russian troops in Ukraine currently being processed by Ukrainian prosecutors.

After the attack, both civilians lost their lives. According to the chain, it violates war treaties that prohibit attacking civilians.

One of them was the owner of a looted car dealership, whose family is not named, the second was ransacked. Leonid Oleksiovych Plyats 68 and worked as a security guard for the job.

The incident occurred on March 16 and was not part of the offensive by Russian troops, which at that time devastated the towns around the Ukrainian capital.

The footage shows five Russian soldiers trying to enter businesses in the area, shooting at locks and breaking windows.

When the dealership approaches with his hands in the air, it looks like he is detaining him and looking for a gun. Then Plyats comes and is searched. Apparently, there was a conversation before the soldiers turned around and the two civilians began to return to their posts.

Later, At least two of the soldiers appear behind the men and open fire. Both civilians fall to the ground .

Russian soldiers, as seen in the video, walk away from the corpses of the men they have just shot, leaving them to die.

Sources from the Ukrainian prosecutor’s office assured that the incident is being investigated as an investigation. war crime You got it after watching the video CNN.

In addition to the murder, the video shows, according to the network: unprofessional behavior of the group of five soldiers After reviewing who controlled that area at the time of the incident and witness statements, they were identified by their uniforms as members of the occupying force.

(with information from Europe Press and EFE)

Frenzy in Palermo Chico: Attacked a policeman with an iron for stealing his gun, shot to escape and arrested

How music can improve our lives