Iran: UN and Western countries call on Tehran to ‘stop’ crackdown on demonstrators 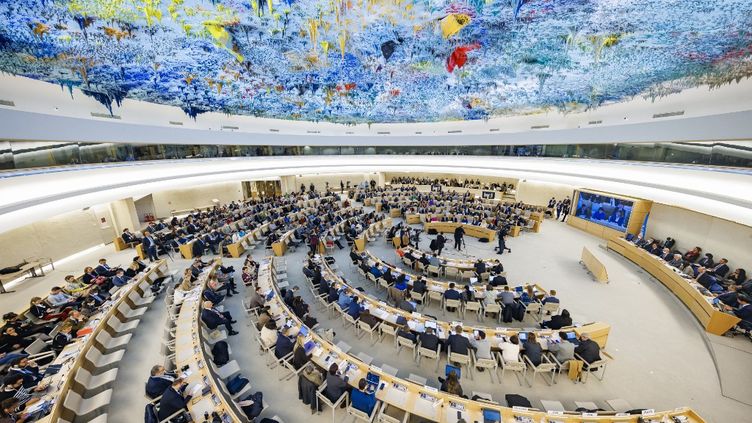 according to More than 15,000 people have been arrested since protests began in the country in September, according to the UN special rapporteur on Iran.

Bloody crackdown on protests rocking Iran “I have to stop”The United Nations and Western powers spoke out at the Human Rights Council in Geneva (Switzerland) on Thursday 24 November. The 47 member states of the UN’s highest human rights body are in urgent debate. ‘Deterioration of human rights situation’ led by Germany and Iceland.

“The Iranian people are crying out for something very simple, something most of us take for granted: the ability to speak and be heard.”U.S. Ambassador Michelle Taylor, a member of the delegation, presented the victims’ photos and names.

“The old ways of those in power and the idea of ​​a beleaguered fortress just don’t work. In fact, they only make things worse.”At the opening of the conference, the UN Human Rights Officer said: Volker Türk assured that there had been no response from Iran to his proposed visit.

The crackdown has killed 416 people in the past two months

At least 416 people, including 51 children, have died in the crackdown in the past two months, according to Iran Human Rights, a Norway-based NGO. The wave of protests, born after the death of Mercer Amini, who was arrested for improperly wearing the Islamic veil, is unprecedented since the 1979 Islamic Revolution.

More than 15,000 people have been arrested, according to the UN special rapporteur on Iran. The Iranian judiciary has already sentenced six people to death in connection with the demonstrations. The council must decide whether to appoint a team of high-level investigators to expose all human rights violations related to the crackdown on protests.

How to make a successful investment in Credit SCPI?

Five tips to save on your mortgage