Snap button or scratch: how variants cling to cells 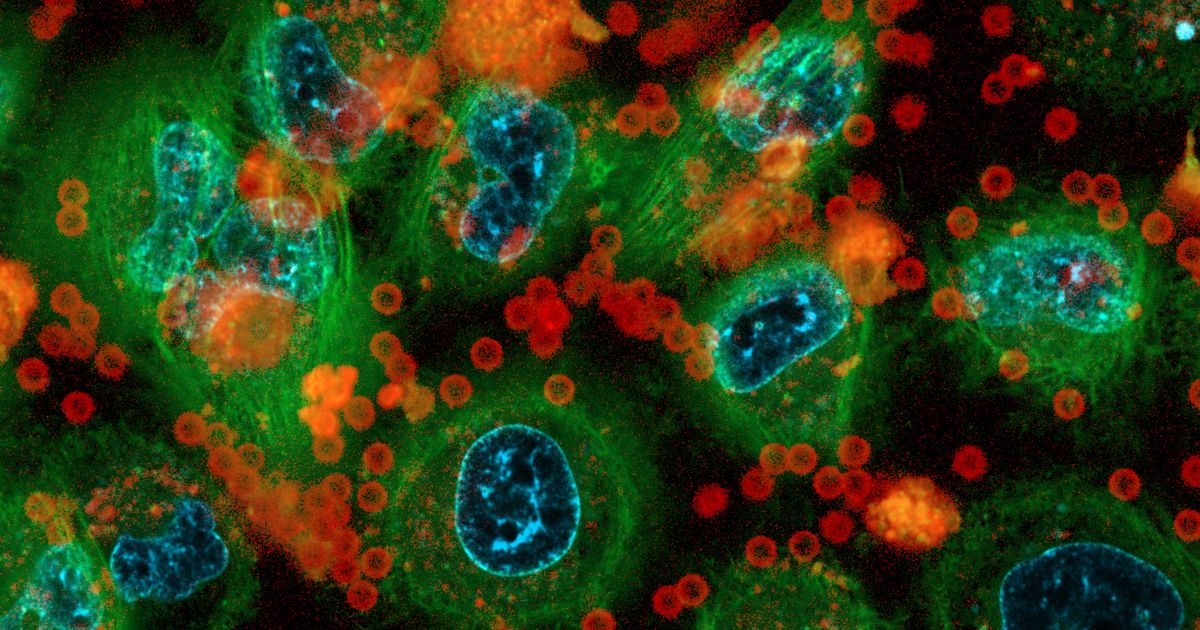 Belgian scientists from UCLouvain have succeeded in demonstrating, using an atomic force microscope, the capacity of the variants of the coronavirus, and in particular the new variant Omicron, to attach themselves better to the cells of the human body. This explains the difficulty in getting rid of it, the university said in a statement on Tuesday.

A team of scientists from UCLouvain, led by Professor David Alsteens, found that variants, including the Kappa variant, adopt a new strategy to bind more efficiently to the cells they want to invade.

“Rather than increasing the strength of their binding to a specific location of our ACE2 receptors – the main gateway for the coronavirus into our cells – they multiply the small bonds over a larger area. The result: the ‘global’ binding of the variant to cells is more stable “, we can read in the press release.

“It’s a bit as if the original strain of SARS-CoV-2 binds to our cells using a push button and the variants have instead opted for a scratch system where each small bond n ‘is not as strong as that of the pressure button but, together, all these small bonds generate a very stable interaction of the variants with our cells “, illustrated the researchers of this study, published in Nature Communications.

“From an evolutionary point of view, this is a strategy that makes perfect sense since these viruses are subjected to numerous flows in the respiratory epithelium, the tissue that covers the surface of the respiratory tract”, explains David Alsteens. .

>> The main mutations of Covid – here Alpha, Beta, Gamma and Kappa – make the Spike protein more efficient: the virus is able to bind better to the cells they want to invade:

The main mutations of Covid – here Alpha, Beta, Gamma and Kappa – make the Spike protein more efficient: the virus is able to bind better to the cells they want to invade. [Adolfo B. Poma & David Alsteens et al. – Nature Communications]

As for the question of whether the vaccines had to be adapted to the new variants, this is not yet the case, said Sophie Lucas, immunologist and president of the Duve Institute at UCLouvain. She says the vaccine produces many different antibodies that prevent the virus from attaching to and infecting human cells.

No interest in modifying vaccines

“We must monitor this continuously – and it is moreover thanks to this continuous monitoring that the Omicron variant has just been discovered – but for the moment, there is no interest in modifying the vaccines” , said Sophie Lucas (read box).

For Sophie Lucas, when the immunity and the antibodies generated by the current vaccines and their booster will no longer be sufficient to fight the variants in circulation, it will then be time to adapt the vaccines.

“It is possible that we observe this for Omicron, but we do not know it today and it will still take time to determine it. The ideal would obviously be to be able to develop a vaccine allowing to educate our immune system. against a stable part common to all variants of SARS-CoV-2. A universal vaccine, “she further underlined.

>> : Vaccines will be less effective against Omicron, judges Moderna boss