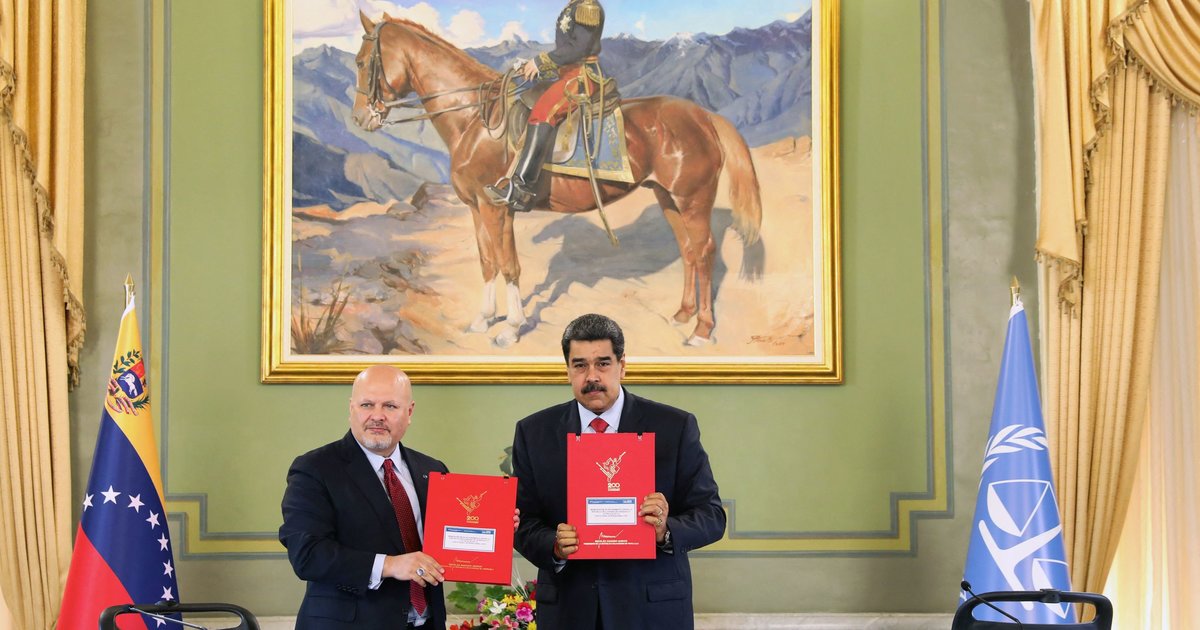 The International Criminal Court will open an investigation into possible human rights violations in Venezuela during the crackdown on anti-power protests in 2017, according to a memorandum signed Wednesday in Caracas between ICC prosecutor Karim Khan and Venezuelan President Nicolas Maduro .

“The ICC prosecutor has concluded the preliminary examination of the situation in Venezuela” and “has determined that he is proceeding with the opening of an investigation to establish the truth (…) the serious crimes committed (.. .) must not go unpunished ”, according to the text read on national television.

“As we move to this new stage” from the preliminary inquiry to the inquiry, “I ask everyone to give my team the space necessary for their work,” Prosecutor Khan said alongside President Nicolas Maduro at the Presidential Palace in Caracas. “The preliminary investigation opened since 2018 is a filtering phase. As we move into a new phase (…) we are committed to working in a collaborative and independent manner (…) We are not political. We are guided by the principles of equality and the rule of law. ”

“The prosecutor decided to move on to the next phase to seek the truth. We respect his decision even if (…) we do not share it ”, declared President Maduro.

In the memorandum signed by the two men, Caracas mentioned that “the Bolivarian Republic of Venezuela considers that the conditions for moving from the preliminary phase to the investigation phase have not been met” and that it “considers that the investigations must be carried out in the country by the already existing national institutions ”. The memorandum specifies that “there is no identified suspect” at this stage.

Opposition leader Juan Guaido reacted to him on Twitter, saying that “the formal opening of an investigation for crimes against humanity by the ICC defends the right to justice which has been denied to victims and their relatives”.

The formal opening of the investigation for crimes against humanity, by the International Criminal Court, vindicates the right to obtain justice that has been denied in Venezuela for the victims and their families.

In 2018, the ICC prosecutor’s office opened a preliminary investigation into alleged human rights violations by the government, notably due to the violent crackdown on anti-government protests in 2017 in which nearly 100 people died.

The Gambian Fatou Bensouda, who preceded the Briton Karim Khan, had considered that there was a “reasonable basis” to believe that crimes against humanity were committed and referred to the “inaction” of the Venezuelan authorities to investigate.

Venezuelan justice has indicted and sentenced law enforcement officers for the deaths of protesters during the 2017 mobilization, but government opponents believe these measures were taken only to avoid a trial at the ICC.

Families of young people who died during the protests or relatives of imprisoned people have demonstrated over the past three days to ask to meet with the prosecutor. “Here, we continue to commit human rights violations. We are the voices of our children ”, denounced, during a small demonstration Tuesday in Caracas, Elvira Pernalete, mother of Juan Pablo Pernalete, who died after being shot with a tear gas canister in the chest in 2017.

The Hague-based ICC investigates and, where appropriate, tries those accused of the most serious crimes that affect the entire international community: genocide, war crimes, crimes against humanity and the crime of aggression, when national courts are unable or unwilling to do so.

DeFi will be multiplied by 100 within 5 years